Claudelands Exhibition Centre is swarming with more than 100 secondary school students. Groups of them cluster around screens or engineering equipment.

Most are engrossed as they look, listen and join in the activity. They’re having fun but there’s a serious aspect to this event, the inaugural STEM Hub for year 11-13 students.

In one corner of the hall, a group of students are being shown how powerlines work.

“Say the power is off and you’re working on it, what do you do next?” Taylor Horwood from Ventia asks.

The answer, a little slow in coming, is to earth the wires before working on them.

As the students are shown up close the ins and outs of staying safe when the power is out, Horwood explains that the intention is to get them hands on with equipment that they see everywhere around them but probably don’t know about.

Ventia, which operates in Australia and New Zealand, has three stations where it is showing students its UAV inspections for Transpower, as well as work for Vector and Orion, and installation of cabling for Ultra Fast Fibre. They want to make the students’ experience as interactive as possible. “We brought hardware, the toys, the stuff we’d like to work with,” Horwood says.

Nearby, at the BCD Group station, Hinemanu Barclay-Kerr from Ngā Taiātea Wharekura has been speed building, using wooden rods, with three other girls. Their tower doesn’t free-stand at the end but Hinemanu says it was a good experience anyway. The year 11 student’s best subject is biology.

“I really enjoy science and I wanted to come today to get a feel of the things I could do,” she says before heading off to the next 15 minute rotation.

Standing nearby, supporting the students and helping make sure the event runs smoothly,  is Sam Nonoa, Puatala programme manager.

Pacific-owned training organisation Puatala has joined with Kudos Science Trust to offer the two-day event, building on their relationships with engineering firms around the Waikato and beyond.

It is aimed at Māori, Pasifika and female students from low-decile schools around the region, and about 250 students will attend, 125 each day.

They can do more than that; if they really like the look of one of the businesses there are internship forms they can fill out. “If they’re interested, we’ll make contact, and then we’ll just see where they want to head in some of these businesses.” 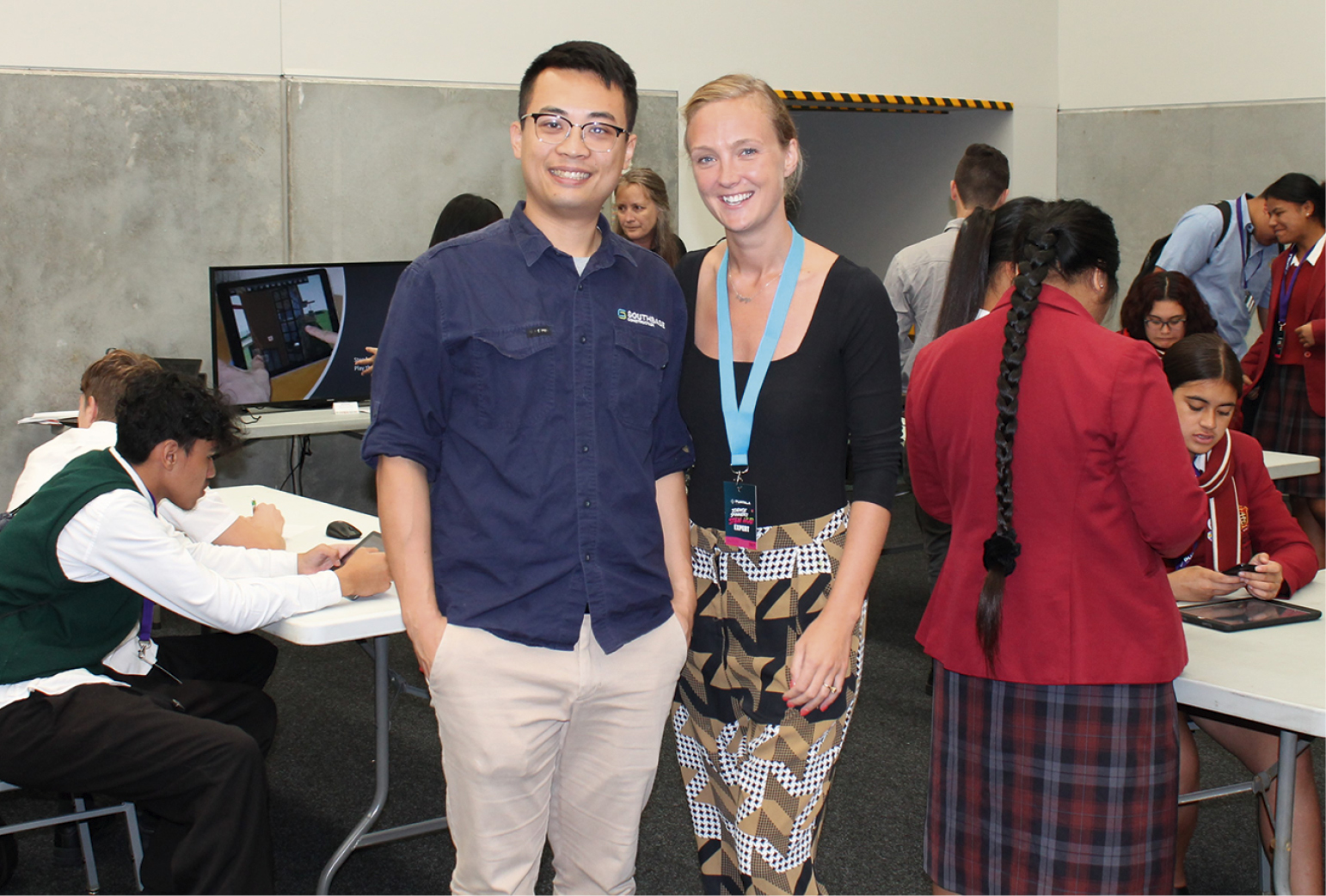 This event is a first, with funding through the Ministry for Pacific Peoples, and the Minister,  Aupito William Sio, is in attendance today. Puatala HR and project manager Alana Tyrell, who has helped organise the event, says it is intended as a hands-on, practical expo with two main aims. The first is to try to ignite interest in showing students how maths and science relate to the trades and particularly into a career in engineering.

“The other aim is really exposing them to the role models and opportunities from real industry experts. And I think that’s probably the key thing, because you know, as kids or young people, they can only really aspire to be something, depending on what they see or hear.

Roger Cox, who is also lending a hand on the day, says it follows a Science Spinners event for younger students organised by Kudos, a Waikato organisation which has a focus on attracting students into science. Cox, a Kudos trustee and former head of science at Fairfield College, says the students at STEM Hub are being offered opportunities they wouldn’t get in school.

“It’s giving the kids an opportunity to experience industry. And they can actually see where the science is that’s behind some of those industries.”

He points out the stand for Waikato company Civtec, which installs ultra fast fibre. “These are the guys who are going out and doing the fibre-optic cable installations, and you can actually see what their technicians and their guys are having to do. So our students who are coming through here will get a hands-on experience, a feel for what it’s really like to do that job.

“For us, that’s a wonderful opportunity that we haven’t ever had before.”

When it comes to attracting more young women, Māori and Pasifika into engineering, Cox says students tend still to be attracted to the things they’ve always been attracted to. “But we’re trying to even out that playing field a little bit by providing the lower decile schools and Māori and Pasifika opportunities that otherwise they might not have.” 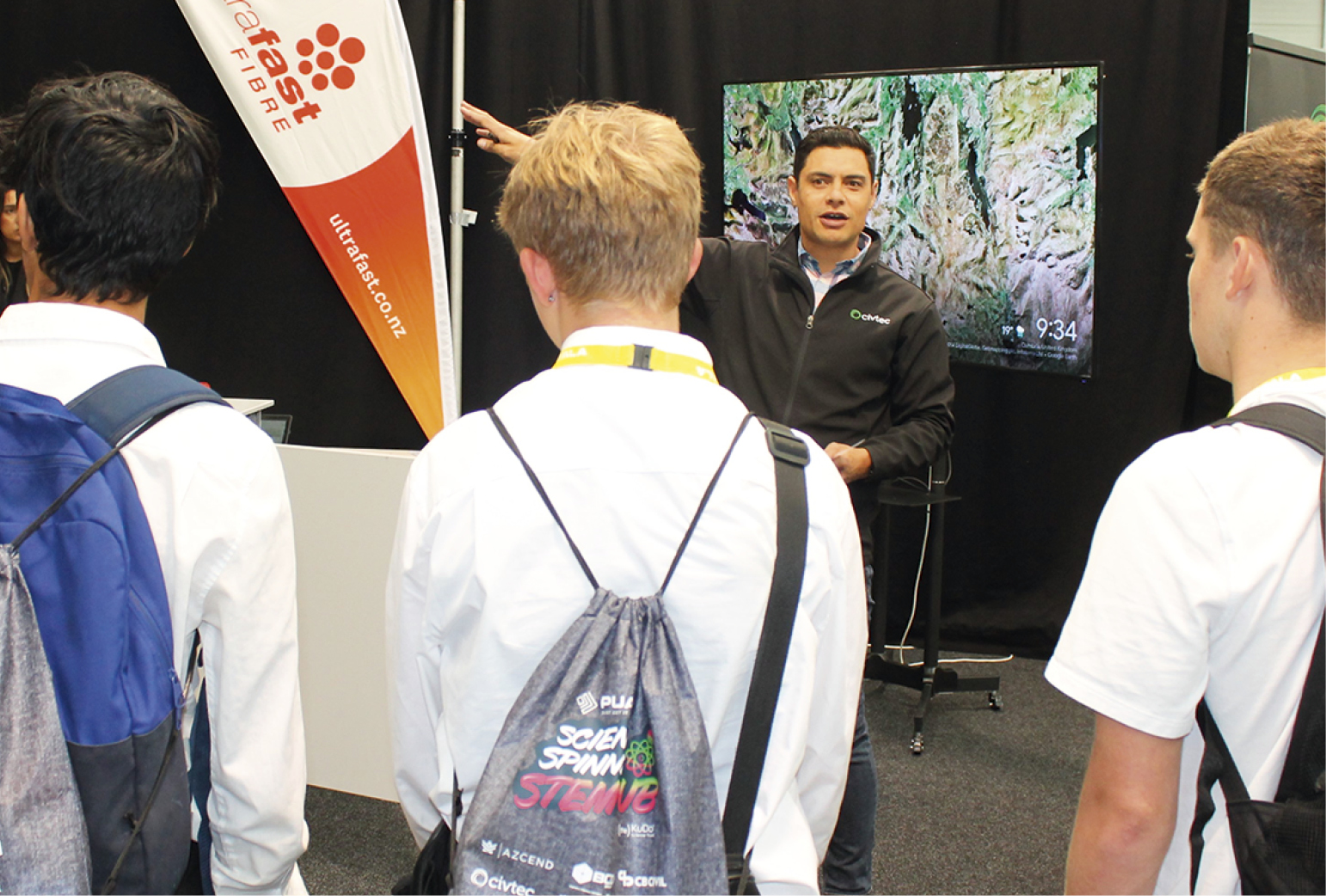 A little later in the morning at the BCD Group station, Adam Langsford says a couple of student groups have managed to construct two 2m-plus wooden-rod towers that stayed free-standing.

He says they were from the same school, so friendly rivalry may have played a part. Langsford, a structural engineer, says the students are loving it. They have fun while also learning along the way. “A few are wallflowers but they get into it by the end.”

For BCD, a Hamilton-based engineering, planning and surveying firm, an event like this is an opportunity to nurture young talent and attract people who are interested in building and construction.

“There are so many jobs in the industry, the boom keeps going. But regardless, we’re always going to need infrastructure and improve what we’ve got. So it’s really trying to find people who will be the next wave and continue the legacy.”

Langsford is supportive of the event’s focus on girls, Māori and Pasifika from low decile schools. “The more diversity and the more connections we have, and the more people from the community that want to construct with us, the better.”

They are just one of a dozen firms displaying their wares and engaging with the next generation, covering civil/commercial, mechanical and electrical engineering.

Also among them is Southbase Construction, where the students are using tablets to explore the company’s construction methods. 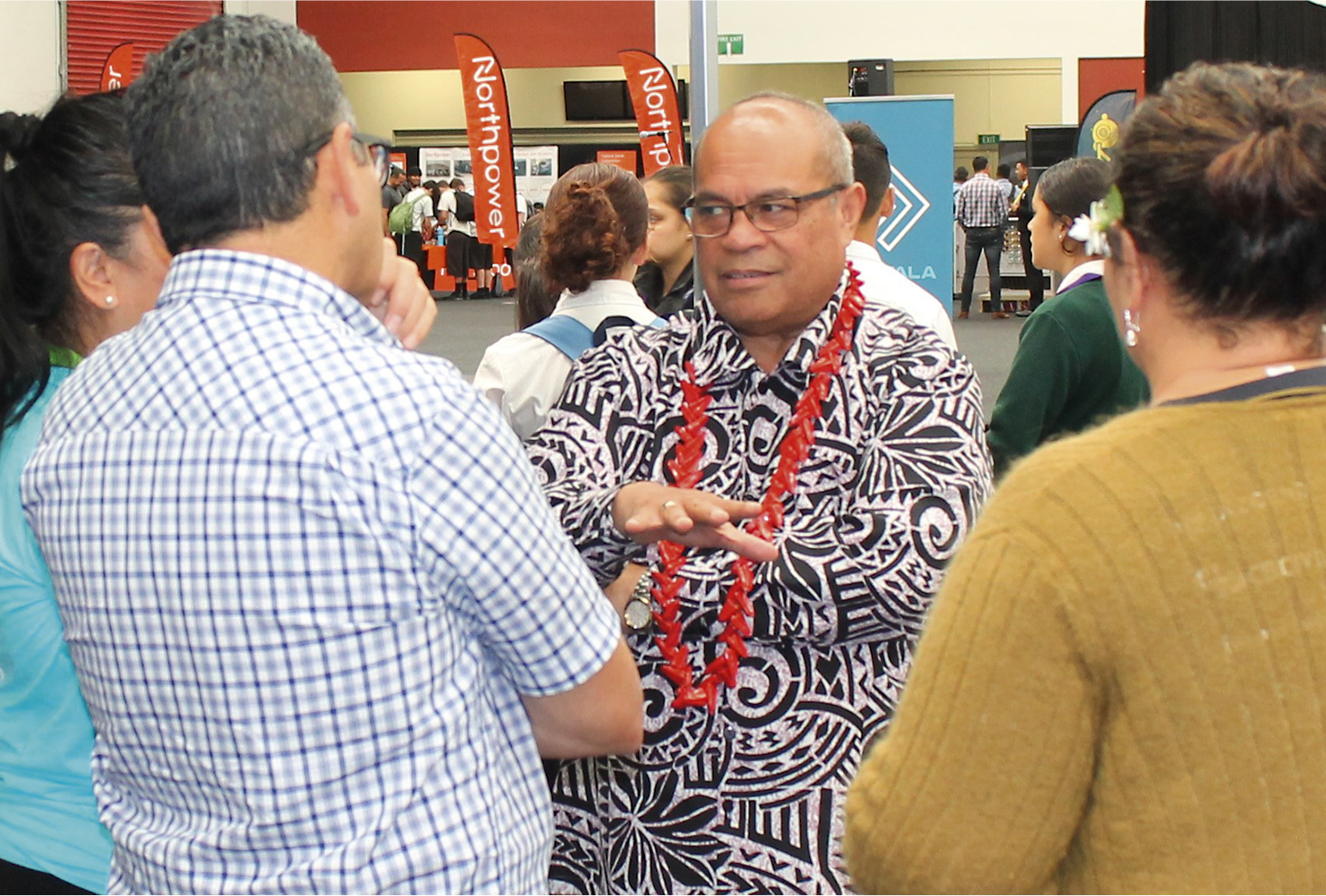 Minister for Pacific Peoples Aupito William Sio at the event

St John’s College Pasifika dean Di Lyons has brought eight boys along to the event, selecting those she knew were strong in science

She says there are very few events of this type aimed at Māori and Pasifika, and believes it’s important that they are encouraged to engage.

“There’s a lot of talk about ‘this is what we need to do’, but there’s very little on the ground, hands-on stuff that’s relevant. So this is brilliant,” she says.

“The boys need to see you’ve got to start somewhere. To me, as long as it plants the seed, then we can keep nurturing that, then it’s going to grow into something.”

Two of the boys she has brought along, Tamakura Kingi and Kamho Binoka, have just been at the Turn It station.

“We’ve just been focusing on the engineering and pipes and how everything works,” says Tamakura, who is year 11.

They have 15 minute sessions at each station. “It’s actually quite good,” he says. “You learn many different things – it could be technology, could be piping or plastic.”

The plastic has been the most interesting, seeing what it is made from and how much of it people go through in a year.

He is eyeing up a career in physiotherapy, and is unsure whether the event will change his mind. “It’s a good day so far.”

For Kamho, a year 12 student, the most interesting station was the one where they were shown the components inside a PC.  “And then instead of having to go to the computer shop to fix it, just replace one part, and that’ll save you tonnes of money.”

The quarter hour’s up, and it’s time to move to the next station. Civil, mechanical, electrical – it’s a world of opportunity for these youngsters.