Call it brand Raglan, the name with selling power.

That doesn’t come from nothing; it has taken a healthy dollop of collaboration that existed long before everyone was urged to support local in the Covid-19 lockdown recovery.

And Raglan food producers are flourishing, thanks in no small part to that cooperative approach.

Among them, Raglan Food Co has launched a dairy-free kefir drink and has a fresh product in the pipeline for a mid-year launch, while Hunt and Gather Bee Co reports increasing honey sales and is eyeing fresh export markets.

Now the Raglan food story is being brought to the business world in a new venture.

The creation of Raglan woman Amanda Graham, Meet the Makers showcases some of the best of Raglan to out of towners from Hamilton and further afield.

Graham started it in April last year because of a need she could see from corporates or conference groups wanting to do something different out of Hamilton.

She put together a taste tour, typically including Raglan Food Co, along with Soul Food Farms, Dream View Creamery and Hunt and Gather.

Graham has been spoiled for choice in a town where every product seems to have its own artisan producer. Also included in a mini walking tour of Raglan are the artisan bakery, the Herbal Dispensary, chocolate cafe La La Land, Raglan Roast coffee and Workshop Brewing Company. 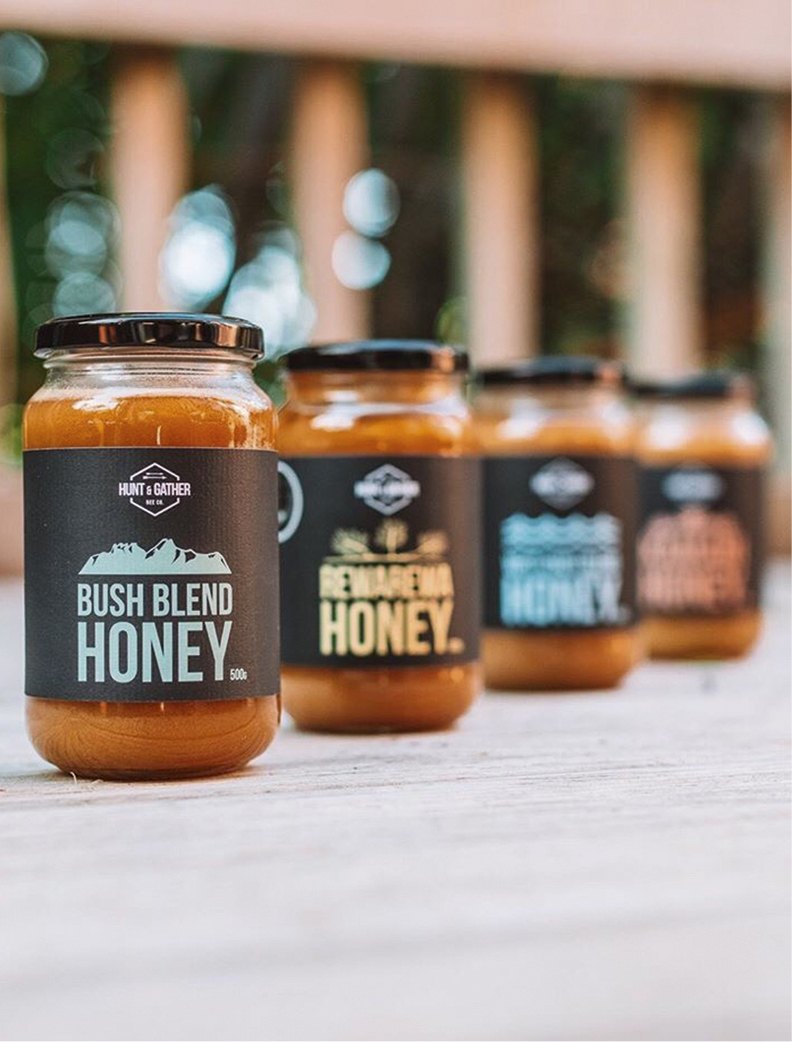 Raglan is a fascinating place with some great people with stories to tell, she says.

Graham has many years’ experience as a conference organiser, with most recently a five-year stint as a business events manager with Hamilton & Waikato Tourism. “Part of that role has been showcasing the region to groups who are interested in holding their conferences here. So that’s very much my specialist subject, the conference and corporate markets, but coupled with my love of food and fashion, and art, [this]just seemed like an opportunity for me to develop my passion.”

She is looking to put on a couple of regular monthly tours, as well as bespoke events, and business is good for Graham, who has had to focus on the domestic market after the Covid-driven collapse of international visitors.

If anything, she says, the conference and corporate market is stronger at the moment because of the wellbeing component.

“I think there’s lots of potential for corporates ex-Hamilton and ex-Auckland to come out and have team days where we can create something special for them as well as obviously the conference groups who are here for their conferences.”

Meanwhile, Raglan Food Co is following the launch early this year of its coconut-based kefir drink, made possible by its shift last year into a purpose-built factory at Nau Mai Business Park, with a likely mid-year launch of a condiment.

The business, formerly Raglan Coconut Yoghurt, famously got its start in 2014 after Randall started promoting surplus jars of the product on a local Facebook noticeboard, and has been supported by locals ever since.

“Without the Raglan community we wouldn’t have a business,” she says. “It has literally fallen out of community, and then everyone was so supportive the whole way.”

Randall says Raglan Food Co supports newer businesses in turn, including giving advice to Workshop Brewery when they were looking to expand.

“What goes around, comes around,” Randall says. “It’s a very collaborative, friendly place.”

Similarly, Hunt and Gather’s Hannah O’Brien says they are seeing continuing solid growth and have big plans for 2021.

She says the family business is looking to catch the kānuka honey wave, which she describes as an interesting up-and-comer that has become their biggest seller in the domestic market. 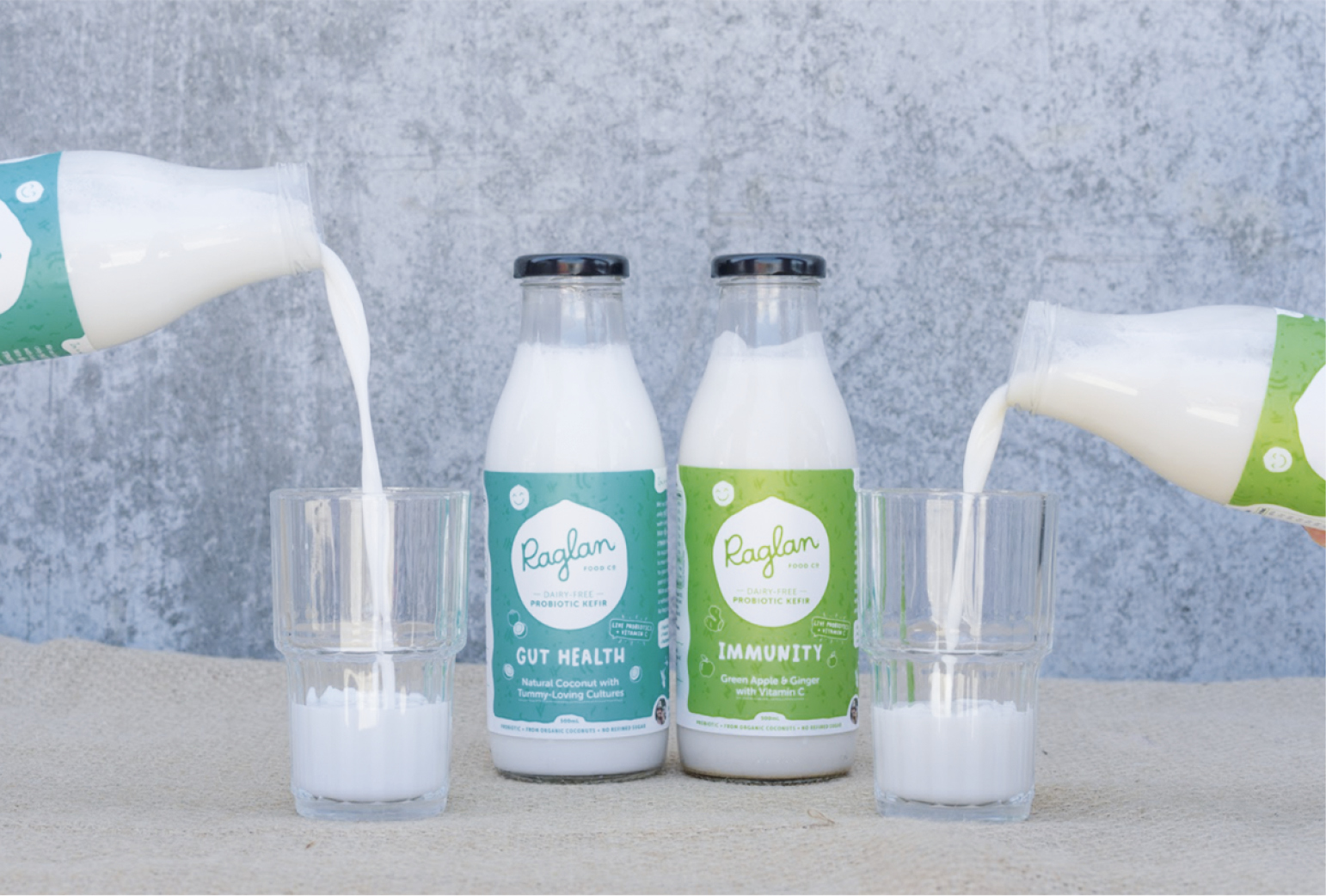 Last year they began stocking their honeys through the Farro Fresh chain in Auckland, and have also begun supplying New Worlds.

O’Brien says, with 45-50 stockists, they are looking at export markets among other plans for 2021. It didn’t hurt that they featured on Country Calendar last year.

“We had a nice spike in sales and that’s generated a lot of new customers for us, which has been really cool.”

O’Brien thinks Raglan has become a brand of its own. “I think it really follows largely in the footsteps of Raglan Roast. I think a lot of people saw the success that they had, and they really played on the Raglan thing. So it’s quite a nice thing to associate with your business, it’s got quite a good reputation.

Like Randall, O’Brien has embraced the collaborative approach, helping found the Producers Collective as part of Waikato Food Inc, and is also very much part of the Raglan community.

“There is a really good support network in Raglan and we aren’t afraid to give things a go even if we don’t really know what’s going to come out of it. People like to see other people having a go at s
omething and they like to support it.”