Challenges of the global pandemic, a three-month lockdown in India and repatriation to New Zealand has resulted in opportunities for Hamilton-based entrepreneur Ana Wilkinson-Gee.

Founded by Ana and husband Daniel, Holi Boli is an ethical women’s clothing manufacturer and fashion label based in rural India

The couple recently opened their first actual Holi Boli shop at 462 Ulster Street where you can find Ana designing, cutting, ironing and sewing the collection of quality, eco-friendly women’s clothing.Inspired by nature and the iconic 50’s feminine silhouettes and vintage features, Ana describes the collection as versatile and designed to transcend seasons, while taking the wearer from work to weekend to wedding. 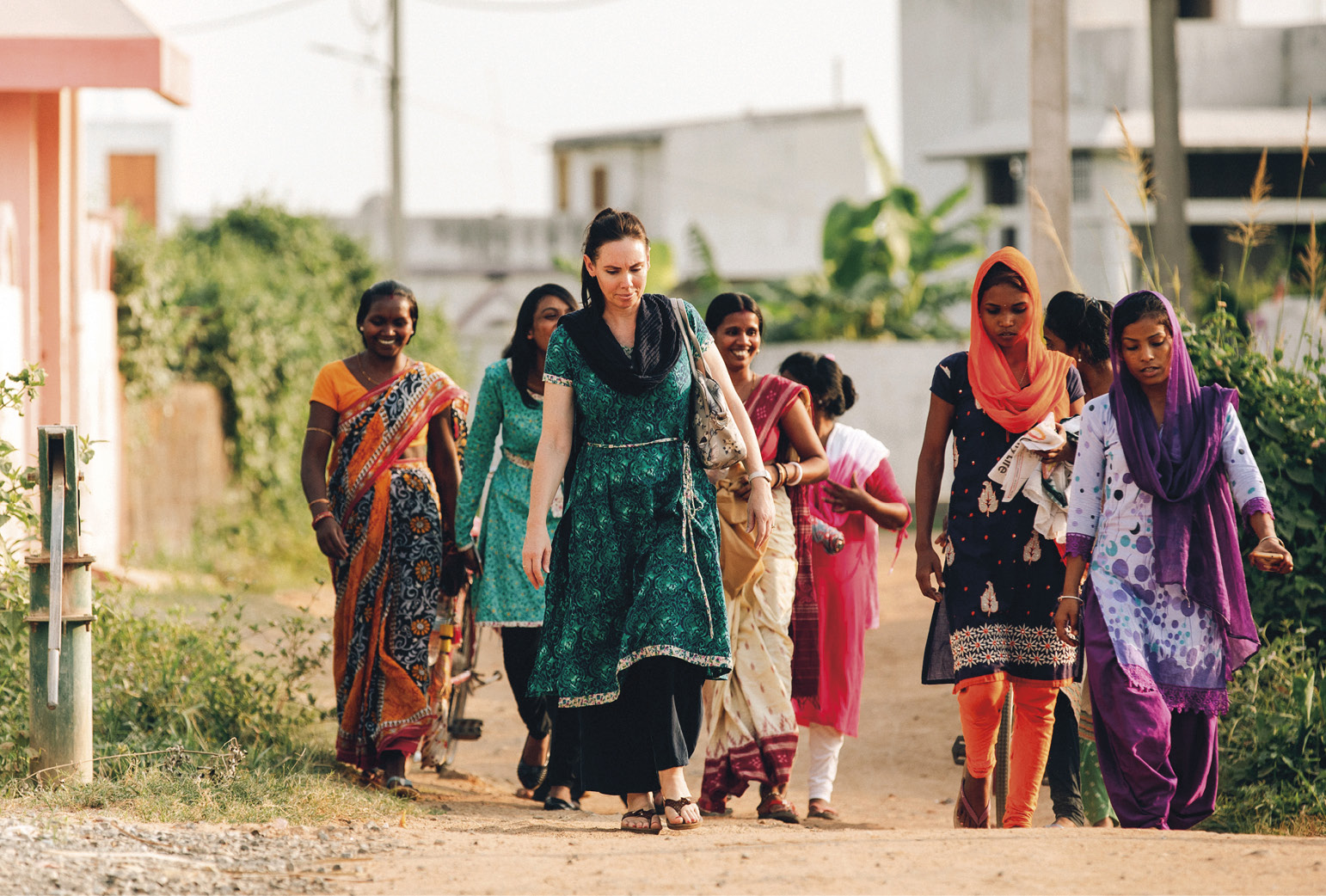 Before opening the shop, the Holi Boli collection was only sold online to a global market and via a few retail stockists in New Zealand.

Opening a retail outlet was not the direction they were headed nor was their return to New Zealand part of the plan, but when the Covid pandemic first hit India a lot of mistruths were swirling around about virus’ origins.

“Back in those early days (of the pandemic) the understanding in the village was that all foreigners carried this virus in their DNA. There was a lot of fear around it and we were asked by the authorities to stay in our house,” she says.

The couple and two of their children had been comfortably enjoying life in an Odisha state village, a 12-hour train ride southwest from Kolkata for 10 years, now found themselves in what felt like house arrest.

“We weren’t allowed to go for walks, teddy bear hunts or exercise. I would sneak outside and hang out my washing and bring it back in under the cover of darkness,” Ana says. 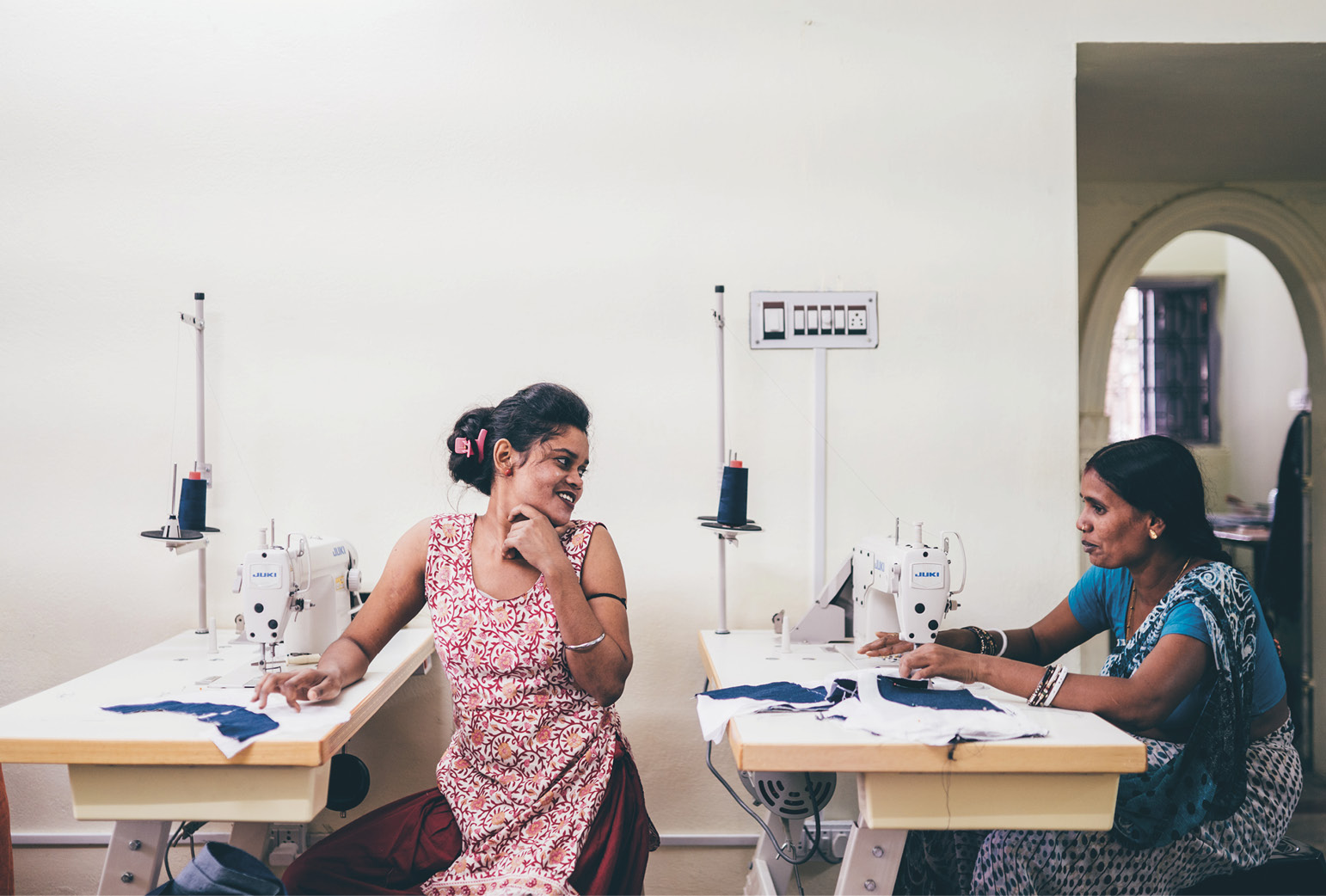 The New Zealand embassy had told them to sit tight as they had no way of getting the family out.

After 45 days in lockdown, the Australian Government offered them a way out and within 36-hours they were heading to catch flights from Kolkata back to New Zealand.

Since her return to Hamilton, Ana has been working hard at keeping the label alive as well as ensuring her sewing team in India are paid.

Unlike New Zealand where a wage subsidy and business support have helped many during the lockdowns, Ana’s Indian staff have no such back stop.

“Our first concern, even while we were in MIQ in Auckland, was how do we keep all our woman paid and their families fed while we’re in lockdown.”

Without access to her Indian stock and her staff unable to work, Ana had to quickly come up with a way of making money to send back to her Indian team.

“We looked at what we had in our hands right now, we don’t have the dresses that are in lockdown in India. There’s no way of getting those for who knows how long.”

What they did have was a series of beautiful photos captured by two professional Wellington photographers who had visited Holi Boli two years prior.

The idea for a thankfulness journal was born, featuring the stunning photos from India and quotes from her staff.

And when Delta hit, another thoughtfulness journal followed; both endeavours made a big difference to the Holi Boli team’s financial circumstances.

Holi Boli was founded on the belief that fashion can be a vehicle to empowerment and dignity for women.

“When we first went to India in 2006, I was delighted to learn that it was quite common to have your clothes made even in the villages. I’d see these little treadle sewing machines as I’d peak through the curtains of a little rustic village house. I could see the machine sitting in there and usually a father of grandfather pedalling away on it.”

A fashion designer/dressmaker by trade, Ana realised her skills could be of value particularly for the village women who often had very little opportunity available to them.

“I could give them a skill that they could use to better their life; they would be empowered and then be able to fight poverty themselves.”

When they returned to India in 2010 with their children, Ana started teaching home sewing classes for local women and as the classes grew, so did the idea for Holi Boli and they began selling the garments the women sewed.

They now employ 21 women (and growing) and have trained another 170 in design and sewing.

“Holi Boli has become an opportunity to make a real difference in the lives of local women and contribute to change in the fashion industry. We are proud to share their work with the world.”

With the first wave of the pandemic forcing the family to uproot their life in India, Ana quickly began establishing the brand in the New Zealand market.

She started in her Gordonton garage, cobbling together the tools she needed, and with help sourcing wholesale fabric from Waikato fashion designer Annah Stretton, Holi Boli was reincarnated in Hamilton.

Working from her garage was a labour of love and it became apparent it wasn’t sustainable.

The opportunity arose to take over an old mechanic’s workshop on Ulster St, transformations began in mid-July and Ana started working in the space while the fitting rooms were still being built.

She is thrilled to have the large workspace, where she can showcase her one-woman production line to customers.

She wanted the making part of the process to be very much part of the whole shopping experience.

“By exposing the production, I want to encourage people to think and develop an appreciation for the time, process and effort that goes into making our clothes and feel a responsibility for the welfare of the skilled women who make them. I want people to be able to see the patterns being drafted, the fabric hanging, drying in the breeze, see the fabric being cut and the pieces being sewn together.”

Ana will be the first one to tell you she isn’t about fast fashion; employing local women and providing training, fair wages and meaningful employment is what you’re getting when you purchase a Holi Boli garment.

“In those fast fashion, mass producing factories people are often treated very badly, not allowed toilet breaks and are working long hours for very little so that we here in New Zealand can benefit from being able to buy a cheap $20 t-shirt or $50 dress.

“I want people to feel connected to their clothing and feel good, knowing that when they buy this Holi Boli dress, they have that personal connection with Sasmita, and know she got a lunch break and is able to feed her preschool-age son because we treat people with respect and she gets fair pay,” Ana says.

With lockdowns easing in India, Ana has been able to get her staff back in the workshop. As well as keeping New Zealand hours at the shop she also works Indian time from 3.30pm till midnight when she video calls Holi Boli staff for production planning meetings.

With the ongoing disruptions in the distribution channels, Ana set up a team of contract sewers in Wellington to help supplement the supply flow from their Indian production house.

“I got a bit overwhelmed with doing it all myself and connected with a cool lady in Wellington who has a business with eight ladies sewing in their garages.

Ana and Daniel haven’t completely abandoned their life in India and hope to return to Odisha as soon as they can; their home and most of their possesions are still locked up and they continue to pay rent on the house and Holi Boli workshop.

Ever the pragmatist, Ana is focussed on what she can achieve in New Zealand and is currently working on a new collection called Global Sisterhood to show at New Zealand Fashion Week in February.

“Global Sisterhood is a celebration of our expansion, collaboration and growth that has resulted during this crazy pandemic time. We have seen our dreams come to fruition; to extend our reach and help more women in more hard-to-reach places. This special curated collection of garments is made not just by our team in India and New Zealand, but also our newly empowered teams at our ethical partner production houses in North India and Cambodia,” she says