As I write this article, we have just had our last commercial and industrial auction for the year, with eight properties up.  The only true test of the state of the market is where properties have been marketed widely and there is open transparent competition, on a cash unconditional basis – as we had on December 10. There is always trepidation on auction morning, usually after a restless night’s sleep wondering about the outcomes and ensuring all interested parties turn up. 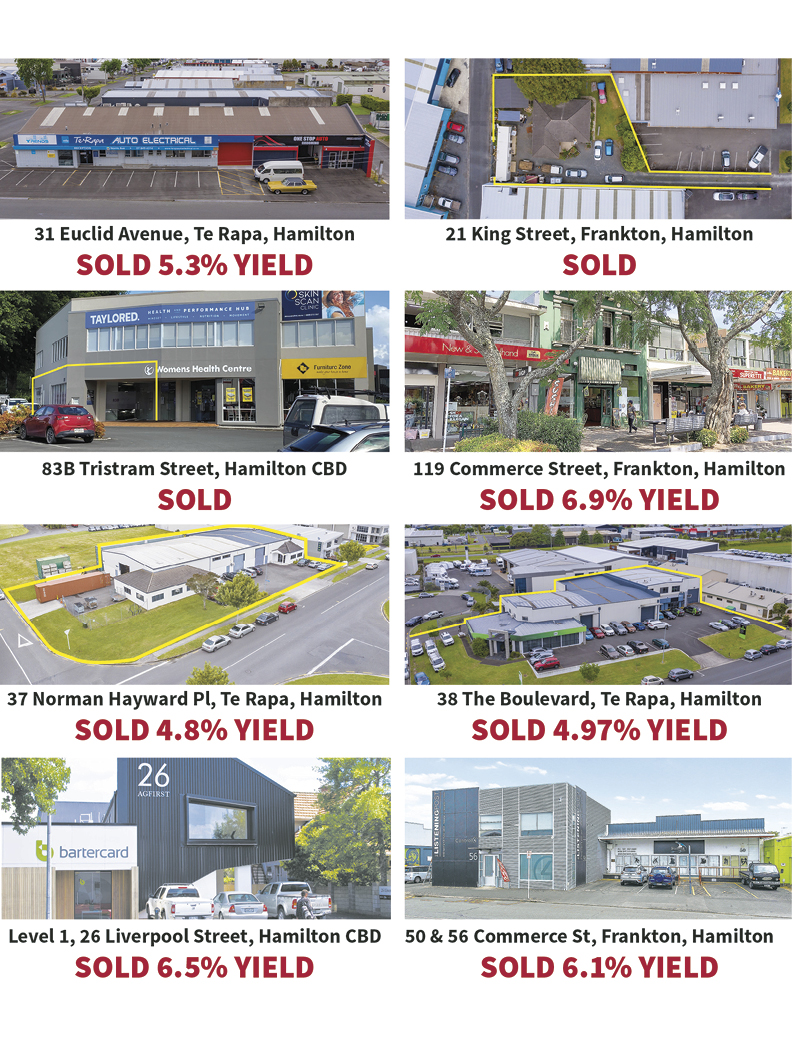 This week we also had two deadline private treaty sales end, both being sold at yields or anticipated yields in the 5.0-5.5 percent range – one being a childcare and office building in Cambridge and the other being a new industrial and office building at Ossie James Drive at the Hamilton Airport. Totalling over $4 million, this was a strong result, but nothing prepared us for the eight auctions that were about to take place (one of the largest Hamilton has seen in recent times).

The Outcome (in a little over an hour):

The keys to this success?

While both bank deposit and mortgage interest rates are likely to remain at all time historic lows for some time, it seems reasonable to expect that we will see continued strong demand for yielding assets – this should inevitably lead to further asset price inflation for those that own property or other yielding assets.

The latest occupancy surveys for Industrial, Office and Retail that we conduct with CBRE Research, are about to be completed. Indications are that they are likely to show that the Hamilton and Waikato economies have responded strongly since the Covid lockdown.

While New Zealand is experiencing strong permanent migration, the Waikato seems to be disproportionately benefitting from this immigration flow, from within New Zealand and overseas. It’s been a tiring year for many and while economists predicted doom and gloom in late March, the outcome has been almost the complete opposite. As ANZ chief economist Sharon Zollner said recently, economists’ role this year has been to make the weather forecasters look really good. There is likely to be some pain to come yet, but it’s unlikely to be anywhere near as bad as was initially expected. It’s hard to see commercial property values go anywhere but upwards, although both purchasers and tenants are likely to become more discerning in the short term. On that basis, enjoy your time with friends and family over the Christmas and New Year’s break, and be thankful for what we have.

Take stock of where you are at and make plans for 2021  – then put those plans into action, whatever they are.