A Cambridge firm has come up with an innovative response to the looming shortfall of workers confronting agricultural contractors.

With harvesting season close and borders largely closed to the migrant workforce, Ag Drive has started a training programme for Waikato people wanting a start in the industry.

They are taking on trainees who have lost jobs or been disrupted by Covid-19, with the students funded on short courses by the Social Development Ministry.

Ag Drive is also offering private training courses after contractors expressed a high level of interest in the scheme, which may be a first for New Zealand.

In the past, the industry has largely brought in migrants, particularly from Ireland, Europe  and Australia, to deal with seasonal harvesting, but with Covid-19 border disruptions Ag Drive’s offering is timely.

“There’s a massive gap in that industry at the moment,” business development manager Vinette Wilken says. “All the contractors we go and speak to say this should have been out there a long time ago.” 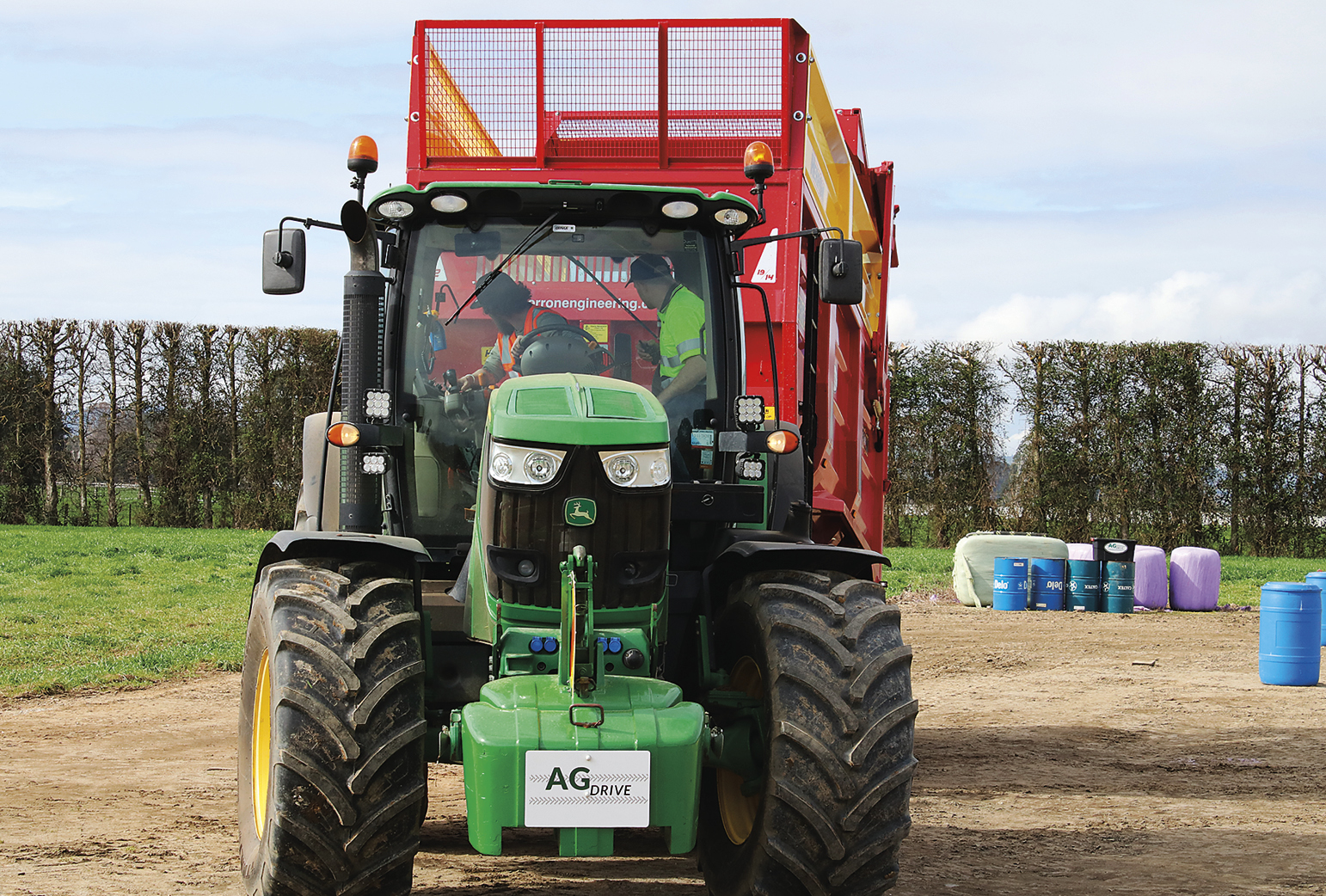 Practical experience out in the field.

It also represents an elegant solution for Ag Technology Group, which established Ag Drive during lockdown when its supply of work from German manufacturer Claas slowed.

Ag Technology tests and does R&D on Claas agricultural machinery including tractors, in both New Zealand and Germany on a seasonal rotation.

Then “Covid happened”, Wilken says. “We had all these staff, and normally they would travel abroad and they couldn’t because they couldn’t fly out. So that’s where the idea came up to start the training side.”

Staff are now working as Ag Drive tutors while waiting to head to Germany for the new season, and the company is recruiting replacement tutors, including newly appointed Ag Drive manager Gareth Wild, who will be the main classroom tutor.

The company has also moved into new Hautapu premises, which include a classroom and space for tractors where trainees get their first sight of the machines before putting theory into practice on a Matangi paddock. Sponsorship means they have the latest tractors to train on.

The trainees come from diverse backgrounds and have included a pilot and a builder along with some from office jobs. They are taken through everything from safety and health to road rules and using attachments, trailers, and the power take-off shaft. Once they’re out on the paddock, they have different farm-related tasks to complete, as well as an obstacle course to manoeuvre the tractor through.

The Ministry-funded course has been boosted from one week to two as the company continues to adapt with a view to a long-term offering that goes beyond the demands of Covid-19.

Intakes so far have varied between eight and 10 students, with five tutors. Southern Institute of Technology has introduced a similar six-week course, but Ag Drive general manager Janine Peters says they went for a shorter sharper course because they couldn’t accommodate huge numbers for six weeks. “And we didn’t really have six weeks to get a number of people out into the contracting season starting very soon.”

The courses represent a foot in the door for graduates who can then expect further on-the-job training from the contractor.

“They’re not going to be experts by any stretch of the imagination,” Peters says. “They’re going to be still at entry level. But at least they are aware of all the health and safety aspects, they  know how to put the implements on and take them off, they can drive a tractor, and then the rest of the learning is going to have to be on the job.

“We’ve given them [the Ministry]some good selection criteria, because it’s a tricky industry to be in. It’s long hours, seasonal. It’s not for everybody.”

Peters says Ag Drive, because they know the contractors, are actively working to get graduates placed, with Wilken saying many are finding work.

“We’re also  trying to engage with the horticultural industry because they’re going to be running into the same sorts of problems,” Peters says. “So we’re pivoting as we go.”

At level 2, they are practising social distancing, and are putting in plans that they hope will enable them to continue operating should the region face level 3.

AgDrive is not yet NZQA accredited but has worked closely with Wintec in setting up the course.

“They were very helpful, and they’re still mentoring us all the way through the process as well,” Peters says.

She says the Rural Contractors Association recently said the coming harvest season would be short of about 3000 workers, and many of those will need to be experienced operators.

“So there’s still going to be a gap. But we’re hoping that at least we can help, and perhaps encourage a whole lot of New Zealanders into a different field they’ve never thought about before.”

It is also possible, she says, that the course could become a useful introduction to New Zealand conditions, including road rules, once contractors start arriving from overseas again.