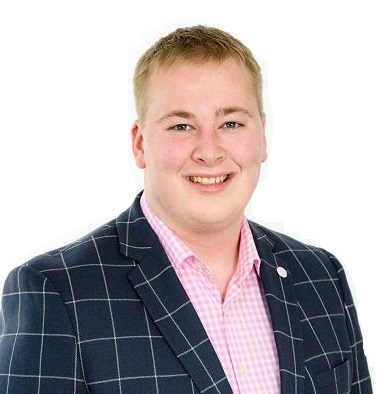 As New Zealand re-emerges into a less restricted environment, businesses are looking at the future with equal measures of concern and cautious optimism. With an extremely different landscape for doing business now present, there will be a sustained period of readjustment as local areas start to make plans for the future.

Waikato region will not be immune from the economic downturn that New Zealand is experiencing, but it does have some strong local drivers of activity that will see the region hold up better than other parts of the country.

The Waikato economy is starting to move forward again, albeit with some additional barriers to navigate. Marketview data shows that spending on the Paymark network had increased back up to 65 percent of normal spending under Level 3 (up from around 45 percent under Level 4) in Waikato. This level of spending will have risen even further in Level 2.

Many businesses had also been able to continue operating during lockdown, with Infometrics estimates showing 53 percent of Waikato’s workforce could have been working at Level 4 (in line with the New Zealand average). The percentage of businesses able to work rose to 76 percent under Level 3 (slightly above the 74 percent New Zealand average). Waikato’s strong primary sector (encompassing both farming operations and manufacturing and processing sites) have kept regional traffic volumes up, with the health care and social assistance sector also helping to provide resilience.

Waikato is one of New Zealand’s food powerhouses, alongside Canterbury, with both regions containing 14 percent each of the country’s food-related workers.

Recent reports show that 18 of the 23 projects submitted by Waikato councils have made it over the first hurdle, which highlights the strength of the application that the region put forward. Regional cooperation remains a key element of New Zealand’s recovery, and the joined-up approach between territorial authorities in the Waikato region provides a cohesive plan and the ability to bolster the construction sector even as economic fortunes change.

Hamilton has also been named as the headquarters of the New Zealand Institute of Skills and Technology (NZIST), reinforcing Waikato’s position as an education provider and adding an additional anchor into the wider regional economy.

Together, these trends and announcements point toward confidence in the local area, with this confidence important to get businesses and households working again.

No one will escape the downturn

Although the economy is getting back into gear, the unmistakeable fact remains that the economy is fundamentally changed. Spending levels remain below pre-pandemic times, and the huge hole of spending due to Levels 4 and 3 are still hurting businesses today. However, wider than spending alone, the entire way of doing business for many has changed irreversibly. Infometrics expects almost all sectors to see a downturn in activity in some form, with more than 250,000 jobs potentially lost over the next year or two across New Zealand.

Waikato will not escape this downturn, although some sectors and areas will feel the crunch more than others. Tourism remains in an extremely difficult position, with the borders closed, international tourism halted, and domestic activity still restrained. Around 26 percent of Waikato’s tourism spending comes from international visitors, compared to 41 percent for New Zealand as a whole. The remaining 74 percent, from domestic travellers, will limit the blow felt by local tourism operators, with domestic tourism operations already resuming. But areas like Matamata-Piako, Waitomo, and Taupō will likely be harder hit, as they have higher international tourism concentrations and/or a greater local economic reliance on tourism activity.

Yet at the same time there is an importance balance needed between pessimism, optimism, and realism. No, the economy is not all doom and gloom – it will recover. However, we need to realise that it will not spring back like nothing’s happened within a year or two.

A lull in the storm

It’s important for businesses to be able to split their focus between both the here-and-now, and also what the future brings. At present, much attention is rightly on the requirements set out by Level 2, and then Level 1. These requirements involve changing business practices to comply with social distancing, PPE, and contact tracing. However, businesses should also keep in mind what the future may hold, with a note of caution over the amount of spending. With lower employment, less hours worked, and pay cuts all operating, Infometrics expects both household and business consumption to be more restrained.

Some consequences of the Covid-19 pandemic are becoming clearer. Although the primary sector in Waikato is still holding up well, the drought is weighing on many farmers, with higher costs and lower availability of feed, and a softer profile for milk and meat payments due to less international demand. The higher-profile closure of some Bunnings stores in Waikato is a sign of things to come, with lower spending and softer economic conditions set to see businesses – big and small – reconsider their workforce.

More than 4,200 Waikato region workers have lost jobs since the Level 4 lockdown, and are now on the Jobseeker Support benefit, taking total regional Jobseeker Support recipients to over 20,100 (6.7 percent of the working age population) according to the Ministry of Social Development. Although Waikato’s initial pace of Jobseeker Support growth was below the national average, recent growth has since moved above the national increase. In other words, Waikato’s job losses appear to be coming at a steadier pace, rather than short and sharp, reinforcing the view that there are still further changes and job losses for the region to brace for. Job losses will continue to mount, with additional waves as the wage subsidy, then the extension, finish over the next 3-4 months.

Having a plan, and open communication, allows for dynamism

We expect that the economic downturn we are experiencing will get worse before it eventually flattens out and then begins to slowly get better. The next few months and years will be tough, as businesses assess where the ‘new’ normal level, and type, of activity settles out.

The next step for Waikato businesses, if they haven’t already, is to take stock of where their business position is now that New Zealand is at Level 2 and set out some options based on some scenarios. These options could take the form of revenue markers, and if revenue drops below a certain level (say 20 percent), the next tier of options (lower hours, cutting expenses deeper) coming into play. Keep talking to others around you – other business owners, experts in HR, accounting, and finance, and your friends. Hearing what else is going on is powerful information from which you can make decisions about your business.

Strong local leadership has already provided a central focus point for local sellers, with the Mighty Local online system able to showcase local options. A strong local tourism focus is also underway, in attempts to attract domestic travels to come discover Waikato. Both of these activities will support businesses to get customers spending again. It’s these sorts of strategies, coupled with resilient businesses, that will position Waikato best to get through this downturn and power out the other side.