One enterprising Cambridge manufacturer saw the writing on the wall and quickly pivoted as Covid-19 began to bite.

Fiasco makes road cases for the events industry, and expanded into Los Angeles about three years ago.

But co-owner Joe Bradford said the industry got “toasted” around mid March on both sides of the Pacific.

“We rallied ourselves to do something different, and we tried to think ahead,” he said.

Thinking ahead meant looking at the approaching Covid-19 storm, and their brainstorming has had impressive results: two new products, with virtually instant websites to boot.

They switched to making screens for the essential industries and flat-pack desks for those working from home. 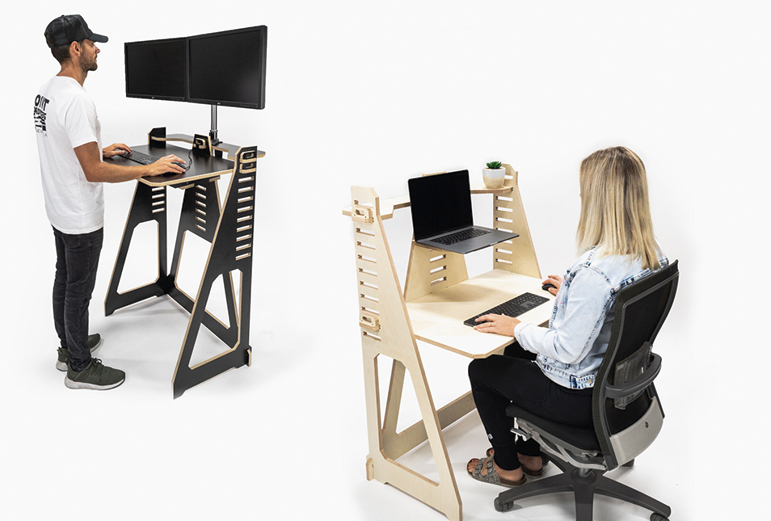 Within four or five days of receiving their first order, they had installed their portable screen dividers at Sanders Pharmacy in Te Awamutu, just two weeks after starting on the design.

They are marketing the perspex screens, which include a transparent option, as room dividers/screens for hospitals, pharmacies, grocery stores and essential industries during the Covid-19 pandemic.

During a hectic week that coincided with the start of the level four lockdown, Bradford talked to the DHB the same morning as the website was launched, and expected to be installing at several more pharmacies in the coming week.

“We’ve got the materials to make more than 100 in the coming weeks,” he said.

The work-at-home desks are equally impressive. They started on them when New Zealand was at level two, so it became a race against time. The launch, including website, came one day before the level four lockdown.

“So it’s not going to be as available to the general public, it’s more going to be for essential services,” Bradford said.

“Right now for some essential services, we’re making some desks so that their staff can work from home and not sit on the floor.”

The desks come as flat-packs and only need slotting together, offering a range of heights.

“There’s good research out there about what is ergonomic, and we incorporated that into our desk.”

Bradford said they have capacity to produce hundreds of both the screens and desks weekly in their Cook Street, Leamington, and US factories.

Their speed of adaptation comes from their background in the events industry, which Bradford said requires constant reaction to changing situations. “We’ve set ourselves up in a way where we can be making one thing one day and one thing the next.”

They were also quick to create new websites for each of their products (https://www.screenserve.co.nz/ and https://www.workfromhomedesks.co.nz/), using the expertise of another Cambridge company, Rocketspark. “We already had our old websites with them and we’re good friends with those guys. So it was kind of a natural fit when I said to them, hey, help get this online for us. They’ve done that, which is great.”