Tourism sets the pace at the head of an impressive pack when it comes to meeting export growth goals in Waikato.

At a whopping $1.4 billion impact on the region’s GDP over the next 20 years, it stands to make gains well ahead of the other key industries of opportunity identified in the report, titled Shaping our Slice of Heaven.

That doesn’t surprise Steve Gow and Doug Wilson from Deloitte based in the Waikato region, who say the modelling and analysis by their economics team resonated with what they are seeing and hearing on the ground.

Gow says when he shared the report with key people in the tourism industry, it reinforced they were heading in the right direction.

“Deloitte has produced this report that absolutely confirms that. Not just in terms of a story, but in an economic metrics sense the numbers are there that says this is the biggest opportunity for the Waikato.”

The Shaping our Slice of Heaven series is a Deloitte initiative that started in 2017 by identifying the export industries predicted to experience above average global economic growth and in which New Zealand has a comparative advantage. That work identified five industries of opportunity: tourism, agribusiness, advanced manufacturing, food processing and international education. 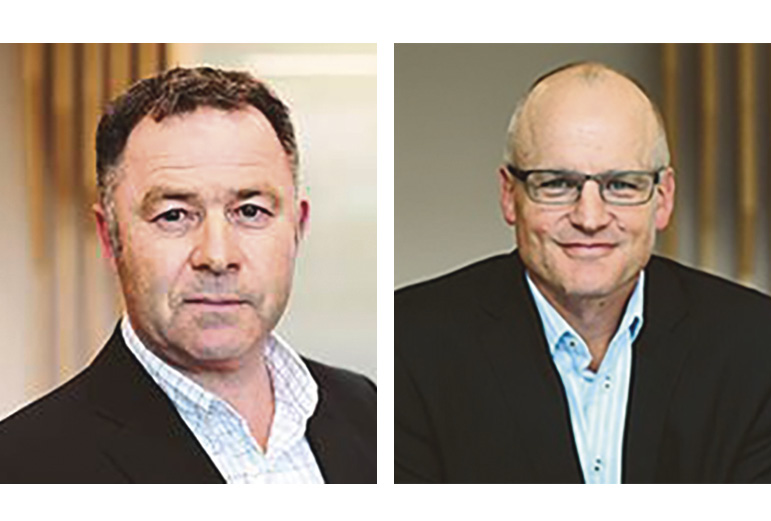 The second report, released in May 2019, drills down to examine the economic impact in five regions including Waikato, with an increase in expected export growth in four of those industries. International education is excluded because of a lack of data.

Gow and Wilson, who added local content to the numbers in the report, say the Waikato River is at the heart of a cultural tourism opportunity. A big role is set to be played by stakeholders including iwi and regional economic development agency Te Waka.

Gow said that Waikato was viewed as having only two international class tourism products: Waitomo Caves and Hobbiton. Improving that would centre on what would make the region unique.  “It’s based around the fact that the Waikato River is a key asset. It’s part of the history of the Waikato, the wars, the whole Kingitanga story.”

The pair acknowledge the challenges, including a need for further quality accommodation.

Beyond tourism, the pair say it is also important to recognise Tainui Group Holdings’ wider economic role, including the Ruakura inland port.

Gow and Wilson see Hamilton’s inland ports as important to a logistics corridor which would have a crucial growth role.

Meanwhile, the challenge to Waikato’s traditional powerhouse industry, agribusiness, lay around the switch from volume to value.

“What you do understand once you get offshore is we are not a volume player in any way shape or form,” said Wilson.

That makes the value-add economy crucial, and they cite the likes of the second spray-drier at Innovation Park and LIC’s role as exemplars of the direction Waikato needs to head in.

The report points out Waikato is home to the country’s largest cluster of agri-tech companies, likely to support the region to stay ahead of the innovation curve.

It also says another challenge lies in the need for farmers to respond to regulatory and market needs, including changing consumer preferences for reduced biological emissions. “This will necessitate hard conversations around the use of bio-technologies, access to water, competition for land, soil management, and planting of carbon-sequestering vegetation.”

Gow and Wilson say central government has an important role in stimulating growth if the goals are to be met. Under the current regime, that would include the PGF fund and, particularly when it comes to value-add manufacturing, R&D tax credits.

On that front, they also say there is huge benefit for Waikato in the role of newly established economic development agency Te Waka.

“It’s always been a challenge for us to access government thinking and money, because we’ve had fragmented voice until recently,” Wilson said.

“It’s a great thing that’s occurred that we’ve got a single voice.”

The picture changes, however, when it comes to the creation of full-time equivalent jobs with food processing jumping out in front with 2900. Tourism is next at 1800, followed by agribusiness 1400 and advanced manufacturing 1300.