Stage one of a ground-breaking new master-planned community is now under way in the Waikato with construction and earthworks set to start this month.

Hamilton City Council has granted resource consent for the $1b Te Awa Lakes project, the largest master-planned community development of its kind in the Waikato.

The approval paves the way for construction to begin on the ambitious development.

Adjacent to the Waikato Expressway near the Horotiu interchange and situated on a former sand quarry owned by The Perry Group, the 10-year project is set to transform the northern gateway to Hamilton. Once completed, the 100ha development will feature 2500 new high-quality medium-density mixed dwellings and accommodate some 4000 residents, as well as support significant retail, commercial and recreation attractions. 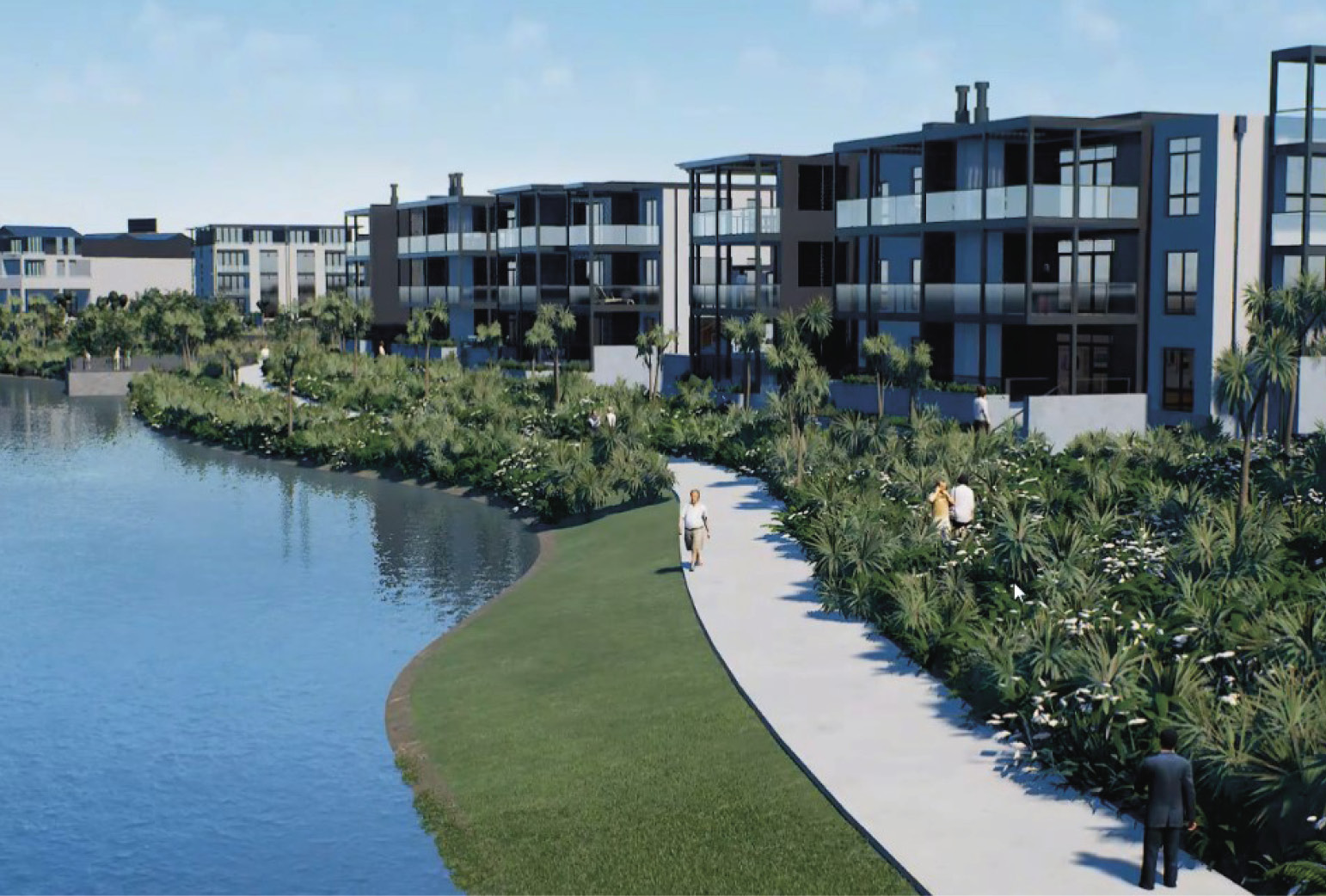 “This resource consent has been five years in the making, but at long last we’ve got approval to start earth moving at Te Awa Lakes,” Te Awa Lakes development director Lale Ieremia says.

“While this is only the first of three phases, this approval will unlock the first phase of the creation of 2500 dwellings and represents the start of the first integrated mixed-use master-planned community in the region.

“The Perry Group has held this block of land for a long time, so it’s great to see the old quarry repurposed in this way. Te Awa Lakes will be an exemplar for master-planned communities of the future.”

“Te Awa Lakes residents can live, work and play, all in the same place, with everything they need right on their doorstep – cafes, restaurants, convenience stores and a gym in the village centre, a large commercial precinct, and there’s the lakes and the Waikato River. Whether you’re working or relaxing or looking for adventures, you won’t have to go far.

“Te Awa Lakes will be a first-class destination and bring a whole new way of living for the region.”

The site is approved for a mix of medium-density residential and business zonings.

Mixed typology along with medium-density products – including detached dwellings, duplexes, and terraced apartments – will deliver modern, affordable housing options to the Waikato market.

G.J. Gardner, the largest homebuilder in the Waikato, has taken on all the residential housing construction within the first stage of the Te Awa Lakes development along with Foster Develop.

Currently in the project planning and design phase, G.J. Gardner will begin first stage residential construction of around 90 dwellings in late 2022.

“Residents will enjoy significant lifestyle benefits borne out of the very best thinking in urban design and greenfields community development.

“G.J. is thrilled to be a key partner to this project, which further cements our longstanding commitment to the Waikato.”

In addition to the 2500 new homes to be constructed, an extensive commercial zone is also in development, including cafes, restaurants, a supermarket, a gymnasium, medical centre, places to eat and drink, and modern shared office spaces, all built by property development specialist Foster Develop.

“The Te Awa Lakes project is an opportunity to curate a whole new suburb on the outskirts of Hamilton,” Foster Construction Group CEO Leonard Gardner says.

“It’s incredibly well-connected to the expressway with connections through to Auckland and other parts of the Waikato, so it’s going to be a community of active people who also want to have a place to grow their families and enjoy life.

“We’re looking forward to supporting the families that establish there and contributing our part to making a great community at Te Awa Lakes. As operators start to see the commercial opportunity that’s available at Te Awa Lakes, they will want to be a part of the mix, so we’re really looking forward to working with them to help them develop their commercial solutions.”

Stage one earthworks and civil engineering are set to start this month and will continue through until the first half of next year.