“Our Council facilitates quality new investment that will create new jobs for local people and attract new residents with specialist skills to come and live here. It’s amazing just how many people have been discovering the best kept secret in the Waikato,” says Mayor Shattock.

“Since the early 1890s with native timber processing in Putāruru, the building of the Kinleith Timber, Paper and Pulp Mill in 1954, through to world class engineering companies like Waratah and Satco, the District has innovation in its DNA.  We are home to the southern hemisphere’s largest cheese processing facility and milk drier at Fonterra Lichfield and other world class companies like Coca-Cola Amatil.”

Maria Te Kanawa, Tumu Whakarae Raukawa Charitable Trust, says “South Waikato District Council continues to work closely with Raukawa the iwi on multiple projects which would be of benefit to our uri and the wider community.” 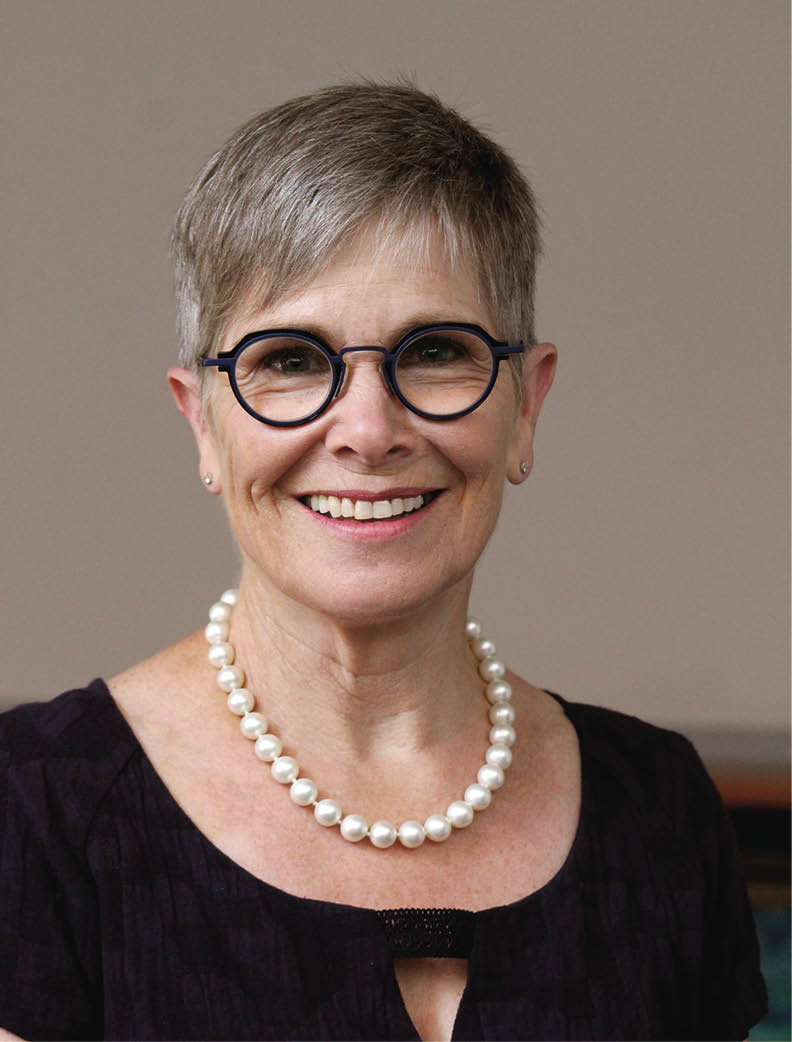 Alongside this, local company Heyden Farms, which markets as Better Eggs, is developing its 139-hectare free range forest near Tokoroa that will become New Zealand’s leading-edge egg production site and incorporates the highest welfare standards alongside cutting-edge automation.

“Our location advantage between Waikato and the Bay of Plenty and road, rail and digital connectivity has resulted in significant levels of interest from investors and enterprises. Planned new investments in industrial and business parks will ensure we are ready to deliver our brand promise of Space to Grow,” says Paul Bowden, Council’s Head of Economic Development.

“Securing international investment is a major pillar of our shared economic development strategy with the South Waikato Investment Fund Trust (SWIFT) and Te Waka alongside providing support for entrepreneurs and business startups, expansion of existing businesses and to attract growth-constrained New Zealand businesses.”

The Council’s business-friendly policies and welcoming South Waikato locals have also attracted highly successful small businesses such as health food company Nothing Naughty, which has relocated from Tauranga to Tīrau, and is loving its new home in this boutique shopping village.

Not to be left out, exclusive riverside village Arapuni is also benefiting from investment by local tourist business Riverside Adventures Waikato which is developing chalets near the Waikato River providing luxury eco-friendly accommodation to its clients as a base to explore the stunning unspoilt and non-touristy part of New Zealand.

“Alongside investments to support employment growth there are a significant number of new residential housing developments underway which should provide over 800 homes in the next few years, so not only can we support new enterprises but we will also offer a wide range of housing solutions to employees and business owners,” says Bowden.

In summary, Mayor Shattock says ‘’This district could be part of your future, be it a business venture; a new lifestyle or simply a chance to ‘Discover Different’. Take a look at www.swnz.co and come and talk with us. We can’t wait to show you why we love to call this place home, but remember it’s our secret!”

Earthworks by local company Tirau Earthmovers have begun for a new $14 million South Waikato Trades Training Centre being built on corner of State Highway 1 and Chambers St at the northern entrance to Tokoroa.

The site was blessed by Raukawa kaumātua Te Hapuku Rikiriki and Poihaere Barrett at a ceremony in July attended by representatives from the South Waikato district’s diverse cultures.

Raukawa Charitable Trust Tumu Whakarae (General Manager) Maria Te Kanawa said the Trades Training Centre will enable many South Waikato rangatahi to train in Tokoroa rather than travelling out of the district away from the support of their whānau.

SWIFT Chairperson Bruce Sherman said the Trades Training Centre was being developed alongside Toi Ohomai Institute of Technology which will be the training provider. The Centre will cater for up to 500 students a year.

“We have strongly encouraged South Waikato tradespeople and building suppliers to tender for this work to help the local economy and to provide job and learning opportunities.”

The Centre will be a combined 3,500m2 of learning space, four workshops and staff space with a commercial kitchen, café and barber shop.  It will also have a space allocated for a digital and entrepreneurial hub to help address the digital divide and assist young people into their own businesses.  South Waikato District Council Mayor Jenny Shattock said the new Trades Training Centre was an excellent example of the South Waikato education, business and local government sectors working together to help the district thrive and grow economically and socially.

“The Centre’s location near State Highway 1 will provide a fabulous new gateway to the northern entrance to Tokoroa and will complement the recent town centre redevelopment.”

Toi Ohomai Board of Directors Chairperson, Catherine Cooney, said the new campus will help breathe life into the community and it was exciting to see this initiative come to fruition after all the planning.

“This campus will enable more students to develop their skills in the community. Local employers need more skilled workers and this new campus will help bridge that gap.

“We look forward to seeing the build progressing and once opened, to help provide a skilled workforce to see this great community prosper.”

A team of over 35 Hancock Forest Management NZ staff based in Tokoroa manage Taumata Plantation Ltd forest estate (Kinleith Forest), the largest forest in the district.

Hancock approached SWIFT to see if they could design, build, and lease a purpose-built office as the company’s current facilities were unsuitable and in a back street.

“Part of the brief was to be more visible to the public and local community,” says SWIFT manager Francis Pauwels. “SWIFT purchased the Chambers St Tokoroa site, which has high visibility at the entrance to Tokoroa on State Highway 1.

“The project was all set to get underway in early 2020 when COVID hit the world and created some uncertainty as to what the future needs would be.  But one thing with trees in the forest is that they just keep growing bigger and more valuable and still needed managing and harvesting,” quips Pauwels. 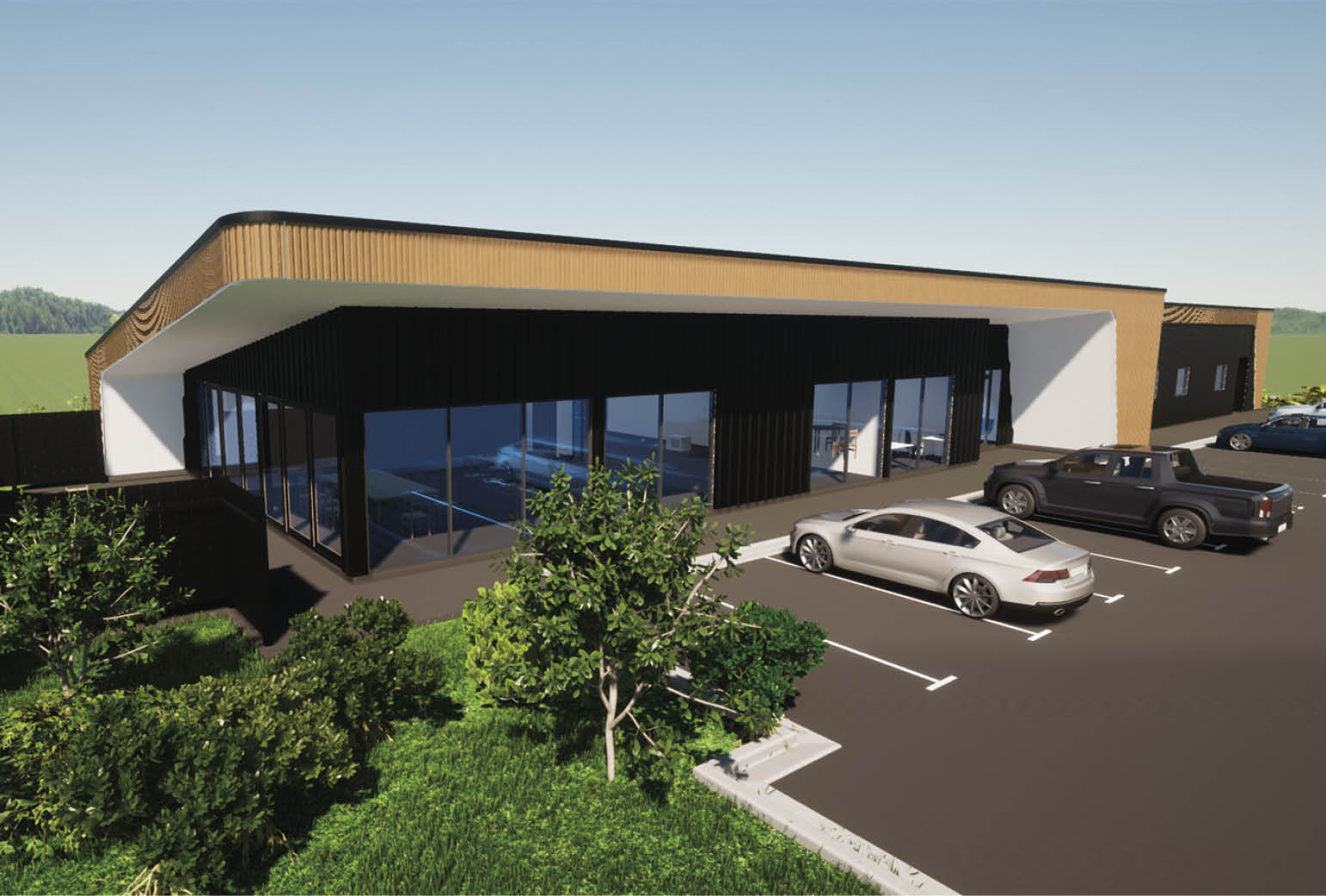 “A revised office layout was agreed, project managers appointed, and design got underway. The earthworks are progressing and building is set to start shortly. The office complex is designed specifically for the needs of the various teams involved – engineering, contracting, silviculture, logistics etc.

“A key feature is a large meeting area and outdoor spaces for the large number of contractors involved in the forestry industry.  This project builds on the South Waikato’s focus on the forestry and timber processing sector which includes the Generation Training Programme, New Zealand Timber Museum visitor centre, mobile forestry simulators with Waratah/John Deere and Caterpillar machines and now up to five new companies that have re-located to the South Waikato and more are in the pipeline.”

Hancock’s new office will be adjacent to the new $14 million South Waikato Trades Training Centre that is being built on the same site.