As Hamilton has moved into Level 2, so does the completion of the latest CBD Retail Occupancy Survey for the 6 months ending June 2021. Just over 12 months ago we thought the world might end, with the demise of bricks and mortar retail – every second shop would be vacant, hospitality would be a disaster and unemployment would go through the roof. How wrong we were! 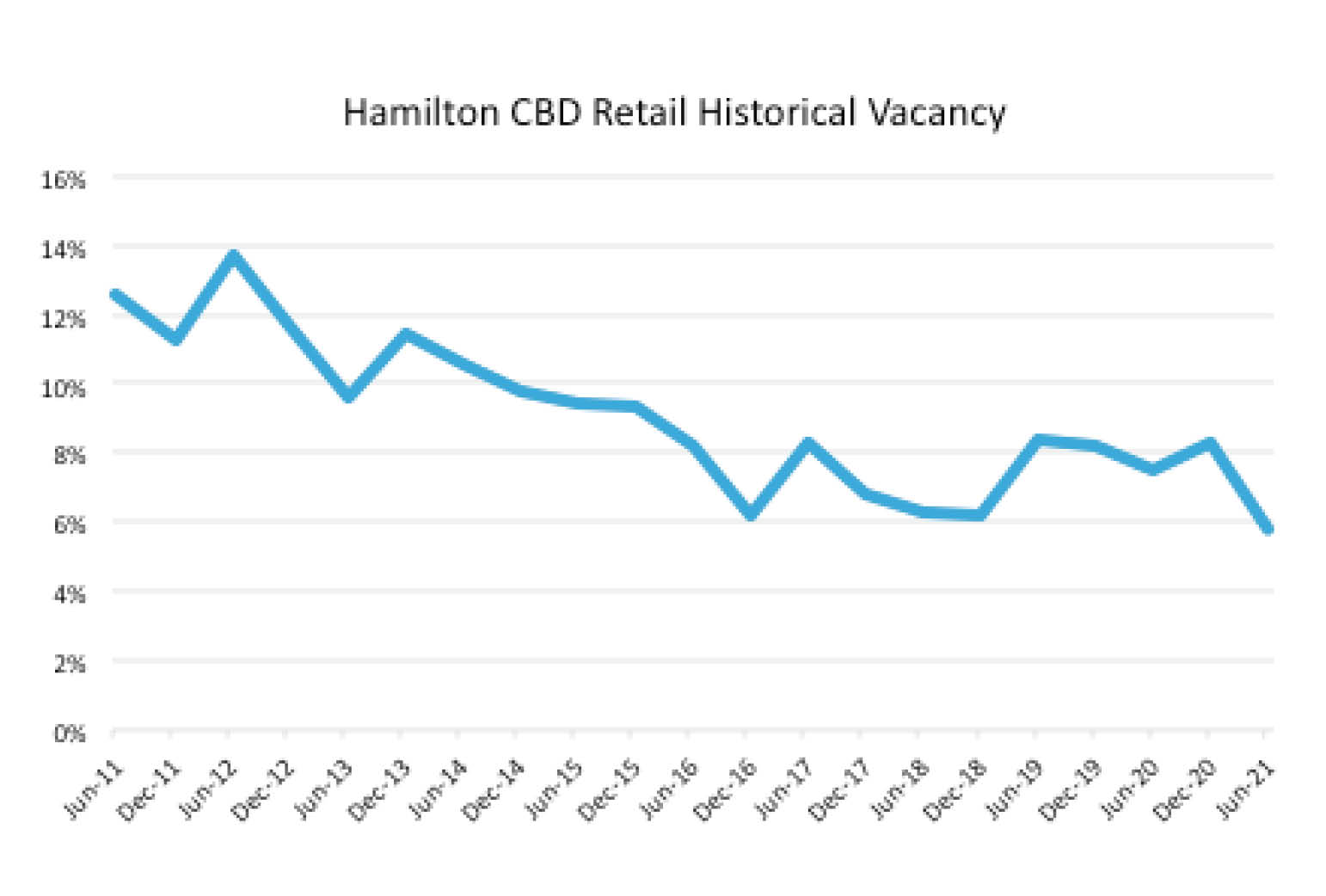 The first half of 2021 showed the Hamilton CBD retail market as stable and recovering, after having been negatively impacted towards the end of 2020. Retail globally is a challenging and fast evolving sector for all economies. Leasing activity in the retail market experienced a significant uplift from occupiers, notably from the service industry who have chosen to either expand their operations or entered the market for the first time. The volume of leasing transactions over this time period reinforces the firm occupier demand for quality retail space, particularly for smaller well-located spaces. During the Level 4 lockdown we received 3 signed lease offers for a small retail tenancy in Alexandra Street – it is rare in any environment for a Landlord to have multiple offers to consider at the same time.

Lease Agreements: it is becoming increasingly common for new lease agreements to be prescriptive in regards to what rent relief may apply, in the event of a government imposed lockdown where a tenant is either not able to access their premises or unable to fully conduct their business from it. With the exception of hospitality, it already appears that there will be fewer requests for rent relief this time, as opposed to 2020 where we had no idea what the economic impact was going to be.

What happened within the retail grades?

Retail Churn, where one tenant took over from another:

Hamilton CBD continues to be less impacted than its two main neighbours within the golden triangle – Auckland CBD is likely to face ongoing issues through moving in and out of lockdowns, while Tauranga CBD experiences challenges with its roading network and competition from large regional shopping centre, Tauranga Crossing. Although the New Zealand pandemic response has provided an outcome significantly more positive than forecasted, developers and occupiers continue to behave with cautious optimism.

CBRE Research notes that we appear to have seen a shift away from the trend of cost-conscious retailers which was identified in December 2020. Continued intensification of residential development, including apartments and terraced housing, is continuing to bring customers into the central city which further supports new and existing businesses.

For a full copy of the latest CBD Retail Occupancy Survey either: