This year’s Registered Master Builders Waikato House of the Year completion promises to be a game-changer for Hamilton company JCC Build.

The swathe of awards comes to the company in just their second year of entering the competition. JCC Build entered for the first time in 2020 to test where the company stood with its peers and promptly took out the Regional Category Winner and a Gold Award in the renovation up to $500,000 category.

Business manager Murray Buchanan says the timing of the latest awards for such a new company was “fantastic” from a business perspective. 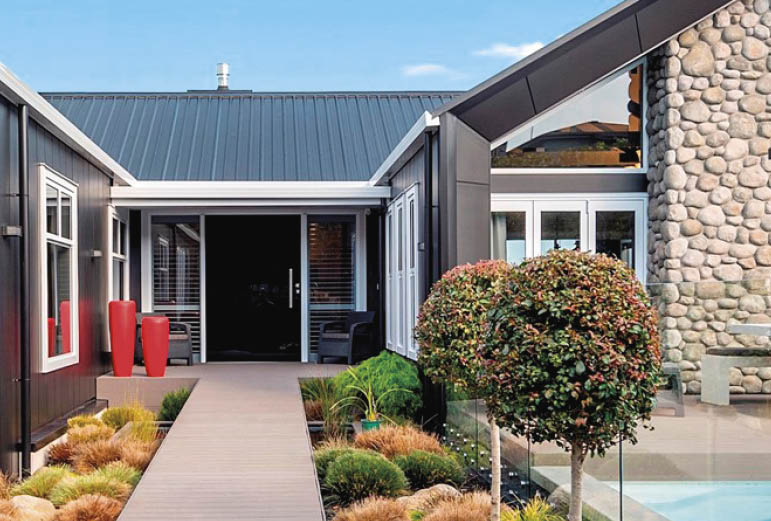 “Following on the 2020 awards it made sense to have another go this year. To be recognised for the level of quality the team produces has been very pleasing.

“The awards bring enormous business value and credibility. It’s great for the team and encourages everyone in terms of what it is we can achieve.

The year-on-year wins are particularly satisfying for managing director Will Johnston, who started JCC Build five years ago as a “a man with his van” before quickly growing to four teams on the ground and an office staff including two project managers, a quantity surveyor, and a business manager.

Build foreman Deryk Print was responsible for transforming the tired 1950s brick-and-concrete-tile home situated down a shared right of way. 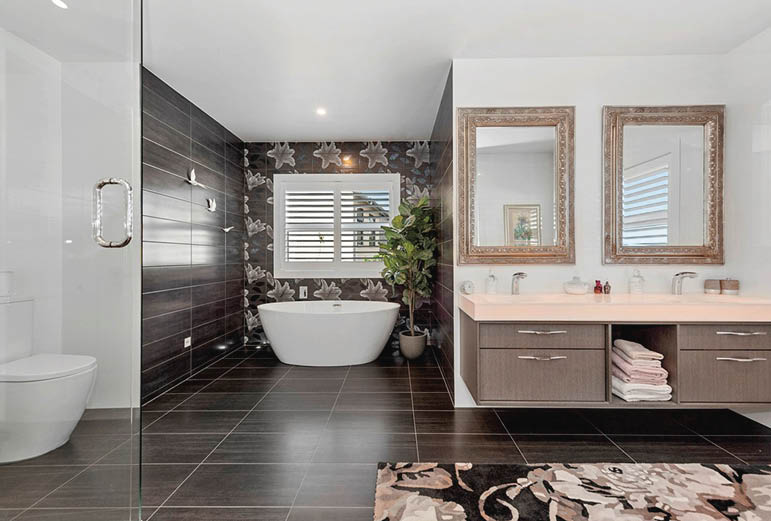 “It was challenging to say the least. Site access was tight and steep, with limited parking.

“It was quite remarkable that the build plans were both beautifully hand drawn but also challenging to work off as they didn’t capture everything the client wanted. There was a lot of working and collaborating with the client and sub-trades and navigating challenges on site.

“The true tale is there to be seen in the before-and-after photographs of the original 180sqm house and the 230sqm makeover. No surfaces were left untouched. The concrete tiles on the roof were removed one at a time, the brick cladding stripped and the all the interior lining taken out.

“The highlight of the job for me as a builder involved placing steel portals and to construct the exposed spruce trusses which we had to engineer on site using brackets especially made up for the job. Each of the visual trusses had to be lifted into place by a team of five, as we could not get a hi-ab on site.“

One of the “wow factor accents” commented on by judges was the exterior river stone detailing on the buttresses and chimney. While the stones are manmade, each one had to be individually selected, adjusted and placed by a mason. 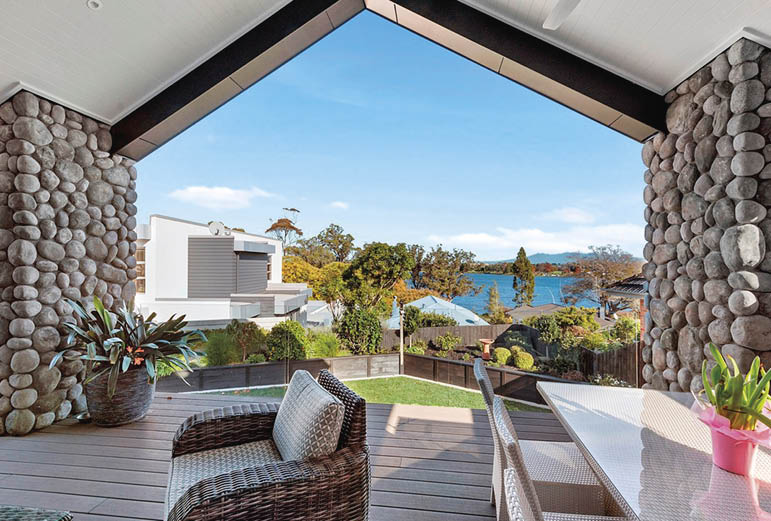 Deryk says the most challenging aspect of the build was the detailed black panelled buttress-and- gable design. “There were a lot of flashings that had to be installed, it was truly a brain tease, and we had to come up with our own solutions.”

And, he says, the renovation faced the usual challenges in the weather and the mud. “But that just makes the win all the better. When you journey those builds, and they are a battle, the awards are very neat.”

Judges noted the JCC Build team, which specialises in renovation and extensions, had applied their skill and craftsmanship to every corner of the house while maintaining ties to the original home.

“No part of this home has been left untouched,” the judges said. “It has increased in size and been completely revamped with some clever touches and details. One of the most striking features is the negative-detailed black panelled buttress and gable design.

“New exterior cladding and windows have given the house a whole new look that pairs nicely with the large courtyard, pool, and garden.”