A lifetime ago as a young architect I had the fortune to work with a small practice in Cambridge, UK.

Much of the practice’s work was for the colleges, departments and institutes associated with the University of Cambridge.  It was a delightful time working amongst – and with – some great people and some
important architecture.

One of the most notable characteristics of Cambridge is the sense of an intimate small-scale town, despite Cambridge being a city of some 150,000 people.  Some of this sense related to relatively dense, but low-scale buildings; most being no more than three or four stories high, some to the compact nature of the town itself, with the Market Square and Corn Exchange as a focus, and lastly an organic street layout originally shaped by the enclosing meandering of the river Cam and primary pathways to nearby villages.  Cambridge is certainly a place more easily walked or bicycled around, than driven in. 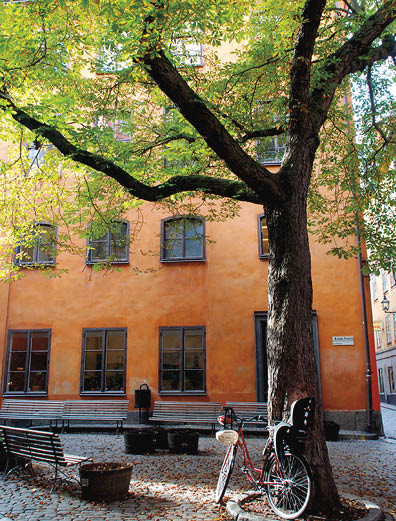 Many footpaths were flagstones with areas of cobbles, the architecture was crafted of carved stone, and the town was peppered with green spaces; great lawns within the cloistered courtyards of the colleges, small pocket parks, and huge paddocks and playing fields preserved within the loop of the Cam, or linking along the opposite riverbank, on the ‘Backs’.

Within the town there was the biking and pedestrian hum of university students and Cambridge residents going about their day’s work, and the curious and fascinated tourists walking through the town streets and lanes, admiring the college architecture, gardens and galleries, enjoying the pubs and eateries, and punting the Cam.  A mix of enjoying sights, and enjoying activities.

I came away from that Cambridge experience with an appreciation and understanding of a number of key placemaking attributes.   Perhaps foremost was the sense of responsibility that all those who were making buildings had in their task; to the town and people whose legacy they had inherited, and to the future generations to whom they were bestowing new architectural interventions.

As for many towns and cities around the world, consistencies and commonalities in the construction of the architecture – such as the materials (local stone, bricks, slate, copper and lead), the architectural form, purpose (education and research) and motifs (badges, details, craft, sculpture and texture) – built up an overall mosaic that comes together to create Cambridge’s singular identity.

At an urban level the importance of ‘containment’, or boundary and an edge – be it river, a town belt, walled enclosure or park edge –  the idea of an identifiable precinct or place became even more apparent in placemaking.   A Waikato example of this is how Cambridge’s town belt (until very recently) clearly and simply defined the urban township from the surrounding farmlands and rural activities. This containment contrasts to ribbon developments where towns grow outwards along highways and country streets, and the town edge is dissipated.

And lastly, it is the personal connection to nature; the variety of parks, riverside walks and trees, and sense of adventure and discovery, that brings delight, repose and places of relaxation to provide a sense of ownership and connection with a place.

These placemaking principles are of course common to the many wonderful places we love to visit; whether London, New York, Prague, Vilnius, or Stockholm.  While much town change or growth occurs organically over time, on occasion the development and design of a town or city is precipitated by an event (London’s 1667 Great Fire) or political decision (the redesign of Paris, from 1850 under Napoleon III and to Haussman’s design).

So it is timely to celebrate HCC’s recent decision to incentivise more buildings of substance in the town centre to enhance a cosmopolitan lifestyle and the vibrancy of the central city.  But of course this incentivisation involves an understanding of the broader urban context and a collaborative placemaking programme.

Such an initiative takes a big vision and intentional design, and this is what will be transformative. With many businesses having vacated the central city and moving to Te Rapa some years ago, the land bereft of buildings and occupation for many years is at a cusp of growing back to make a vital city for the close future.  The re-visioning of Hamilton’s CBD is also an important opportunity for the development is to be sustainable in both its implementation and in the living it affords.

The buildings and places we’re making, the things we do now – the way we do them, the intent we have behind them – matters, and has a long-lasting, almost irreversible, culture and place-shaping influence on the nature of Hamilton, the Waikato and its towns.  Ultimately a building, a piece of architecture, a public place, is the expression of the values, vision, and collaboration of a culture and time, and the aspirations we have  for the future.