Business is one of the best vehicles to unleash the creativity needed for change, a Waikato impact leader told a Hamilton audience.

“But on the flip side of that, it has also driven some amazing innovation and creativity. At heart, I firmly believe that business is one of the best vehicles for us to achieve change.

“And I think that’s probably at the core of what motivates me.”

Ginnen was a panel member at the Vision 2020 event, held at the Meteor, and focused on change in a post-Covid world.

Ginnen said she has been involved in the Hub’s work, not only in its central Hamilton co-working space, but also in the wider Waikato region and her home town, Tokoroa. 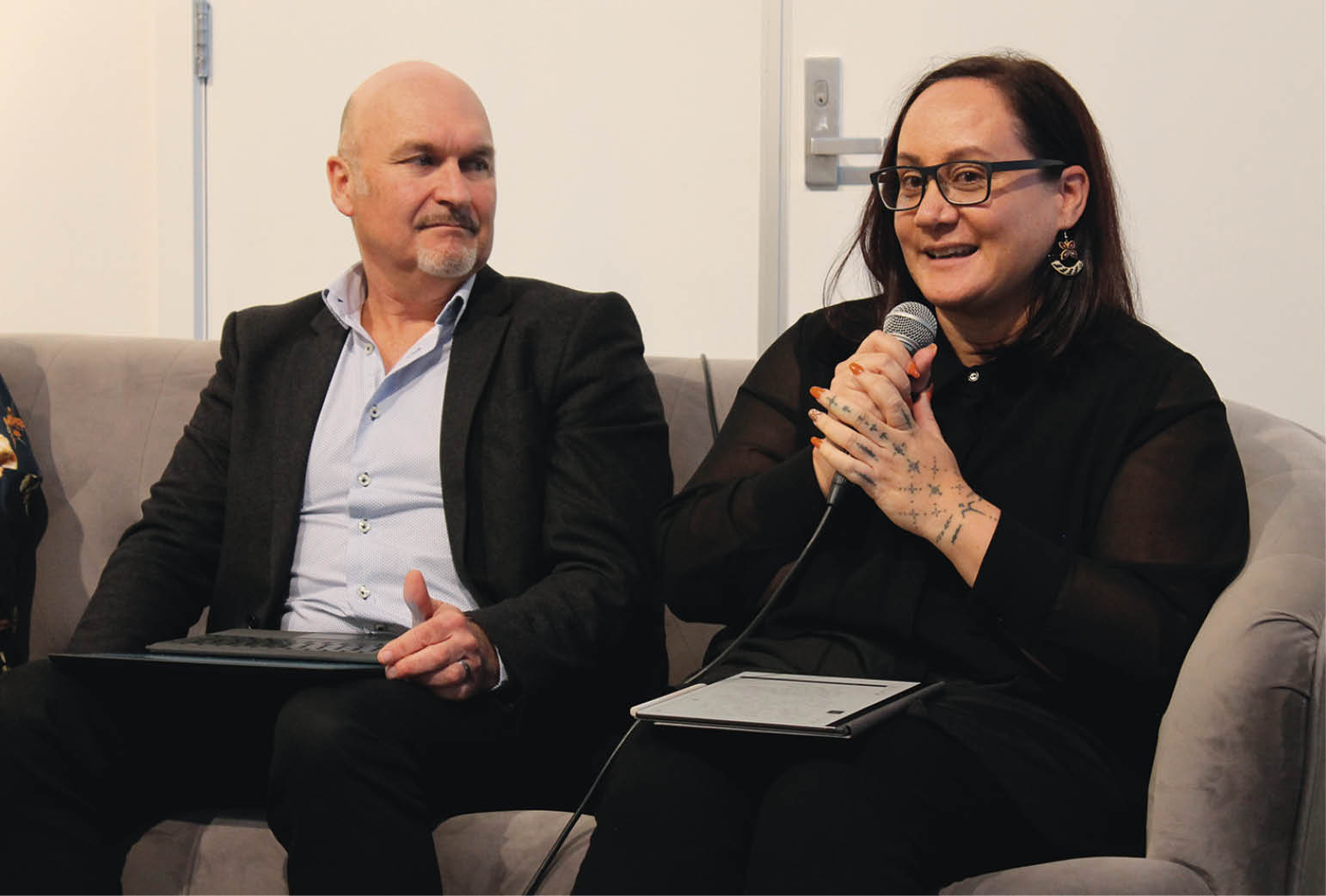 “We’ve done a little bit of work there with entrepreneurs and I’m really looking forward to the next phase of that development.

“To be human is to be entrepreneurial, and is to be creative. It’s just who we are. And so I just can’t see that going away. The question is, in what direction do we harness that?

“I just want to help create a system where that innovation and that entrepreneurship can be directed in a way which is better for us and better for the planet and better for people.”

He said his concern was with finding root causes – “getting down underneath the iceberg and saying, ‘what’s really going on here?’

“And I think, if we do that, as well as growing this amazing innovation ecosystem, then we have every chance of a better world.”

He said it is wrong that electricity is traded as a commodity. “I don’t think anyone should have the ability, or the power to deny a mother the ability to feed a family.  I just think that that’s wrong.”

He said the company was driven by “the three Ts: our tupuna, our tangata and our tamariki”.

“We believe that money follows good ideas. And that if you focus on your idea, then all that other stuff will just come.

“There’s people that are out there that we didn’t know were out there that struggle to have efficient energy to heat their homes. And so what we take for granted other people have to fight for. So I’d love to work with everyone in the spirit of manaakitanga  to eliminate some of those social inequities that are created through commercial businesses.”

The fourth member of the panel, Hamilton City Council head of procurement Igor Magud, said wellbeing was core to his organisation’s approach. “This is really about connecting – connecting the supply side and demand side. If we’re the ones that have the demand, for me, a huge component of my job is to increase the accessibility.

“I really hope to improve the visibility of what we need, making sure that our community has an option to see that, and to be able to respond to it.”

Impact Hub Waikato is a part of a worldwide network focused on building entrepreneurial communities for impact.

Vision 2030 is a quarterly event series organised by Impact Hub Waikato and aimed at bringing together thought leaders, practitioners and experts, to search for potential barriers, opportunities for collaboration and means to accelerate.