Waikato business links with the lucrative Southeast Asian market have been boosted with the arrival in the region of the NZ Malaysia Business  Association.

The launch of the association’s Hamilton branch in March was attended by the Malaysian High Commissioner, and drew business people, including Singaporeans, from Taupō, Rotorua and Auckland as well as Hamilton and the Waikato.

Founded in Auckland in 2019, the NZ Malaysia Business Association has built on strong links to the Waikato in its first foray south, with the launch held at Trust Waikato’s offices on Little London Lane.

President Dave Ananth said there was a mix of Malaysian-related businesses in the region, including retail, manufacturing, restaurants and food importers, with a lot of franchise business.

He said the non-profit association, which boasts free membership, is aimed at connecting Kiwi and Malaysian businesses.

“We’ve been approached by Malaysians who are looking for halal products in New Zealand and we have approached businesses who can provide those,” he said.

“It can be food, it can be fisheries, it can be manufacturing, anything. It can even be students studying an MBA.”

The importance of building relationships was something of a theme at the launch, reiterated by several speakers including Hamilton West MP Gaurav Sharma.

He said doing business, including with Malaysia, was about forging relationships and building connections.

“What’s important is that we understand what the market is going to look like in two years’ time, in five years’ time in 10 years’ time. And that’s where this business association comes into play.”

“I believe that I wouldn’t have succeeded in my business, which is now I believe the oldest IT business in the region, if not for the connections, the relationships,” said Chew.

“As a Malaysian, I endorse the formation of NZMBA, I believe it is a very good move for the region. And I hope that we all can continue our dialogue and turn this into an organisation whose objective is to help the business transactions between the various countries.” 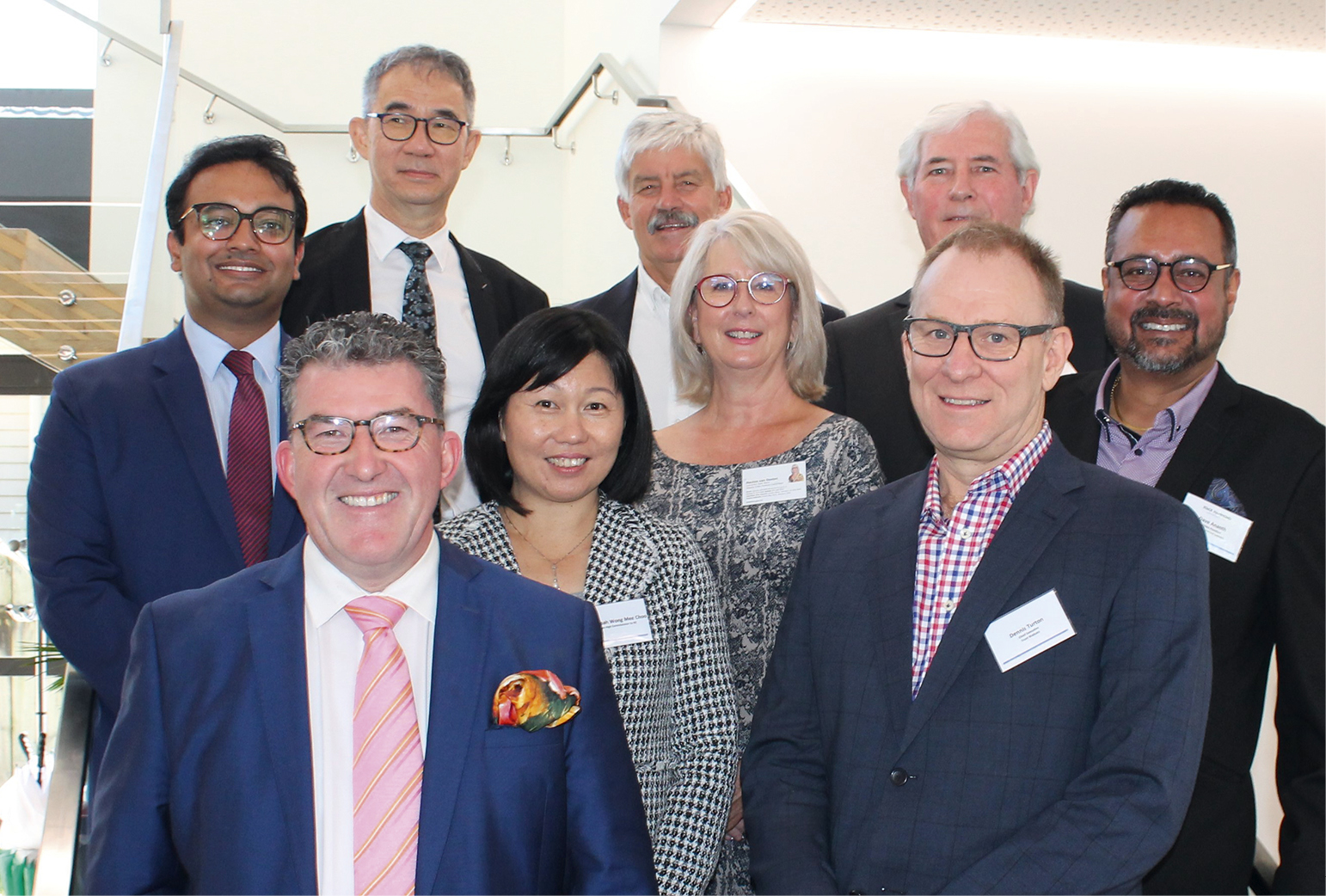 Malaysian-born Ananth is a senior tax counsel in its Auckland office, and the firm is acting as the association’s secretariat.

It was Ananth’s commitment to community that drove the business association’s establishment, Stace Hammond managing partner Patrick Wilson said. “That fits very much in with the Stace Hammond ethos.”

Ananth said NZMBA sprang into action during the first Covid lockdown with its Reach Out campaign, helping businesses and supporting Malaysians stranded in New Zealand.

He acknowledged the help of others including the High Commission, Stace Hammond and the wider community. “We all banded together in a time of adversity.”

That sees the association well placed to play a key role when the borders reopen, Ananth says.

“Both our countries are trading nations, and we rely on trade for economic prosperity. Therefore, we have been progressive in exploring ways to further deepen our trade relations.”

In February, Malaysia launched its digital economy blueprint, the High Commissioner said. “It is timely as we witnessed how the disruption caused by the pandemic shifted the economic dynamics to the digital.”

The digital economy is expected to make up 22.6 percent of Malaysia GDP by 2025, and is a potential area for future cooperation, she said.

“Given that the digital economy is broad-based, potential areas of cooperation would naturally include other sectors such as healthcare, finance, agritech, creative industry and other services.”

Ananth said the association is eyeing further openings in Wellington and Christchurch, and also wants to work with other business associations like those of Cambodia and Thailand.

“I’m starting to talk to other communities as well. Let’s not just talk about celebrating. Yes, cultural is great. But let’s talk business.”