One year of hard work and determination for several Soda Inc graduates was celebrated by more than 200 people who left with a fire in their belly and a drive to fulfil their entrepreneurial dreams.

The Soda Inc Ambition Showcase – powered by ASB Bank – saw entrepreneurs from all over New Zealand and as far as Australia come together for an evening of storytelling.

The evening was kicked off with MC Sacha Coburn singing happy birthday to Soda as the not-for-profit turned 10 this year.

Soda CE Erin Wansbrough then shared some of the Soda origin story saying that the Soda team wanted to honour their past as it guided them into the future.

“She laid the foundations, not only for today’s brewery but, also for the soft-drink giant that became Oasis Industries in 1979.  Oasis Industries, who after various name and ownership changes, are now the largest bottlers in New Zealand. You might have heard of them… Coca Cola Amatil NZ!

“Mary Jane Innes is the beating heart that fuels the team at Soda. The tenacity required to achieve what she achieved as a businesswoman in the 1900s underpins our culture, ethos and purpose.

The crowd then heard from serial entrepreneur Samuel Junghenn, the founder and head strategist of Think Big Online, who spoke about the 10 biggest mistakes he had made in business.

Following Samuel were four of Soda’s clients and alumni.

Du Plessis said she had been a publisher for 10 years before she decided to revolutionise the industry with own publishing company who publish “books that matter”.

Stefan Roesch, co-founder of FilmQuest, said he was the first person in the world to complete a PhD in film tourism and that’s how his startup came about.

Roesch said the Soda Lift programme had enabled FilmQuest to set their sights on taking their business to the world.

“We want to make FilmQuest available to everyone and that means bringing on board the 80 million film tourism lovers that are already out there right now searching for the spot where John Snow and Daenerys Targaryen had that conversation on that cliff. We will be calling on all of you film lovers to join with us to capture the magic.”

Soda alumni Andrew Bishop, founder of Findatruckload, then spoke about his success since finishing the Soda Lift programme in 2013 and the lessons he has carried with him since.

“The three big things Soda taught me that helped my business take off were: Find your why, hire great people and realise that change is the only constant in life,” he said.

Georgia Tiatia Fa’atoese Latū, co-founder of Pōtiki Poi, finished the Soda client stories by challenging the crowd to be more inclusive in their business.

“Sometimes as a younger business owner I am overlooked based on my age. We have had meetings where Mum and I have been ignored and only my Uncle Jess has been listened to because of our gender.

“I think, far out, because I’m 13, female and Māori I am going to have to really shake things up with some dinosaurs and represent rangatahi Māori even more.”

Vaughan Fergusson, founder of Vend, stepped up to the podium to share his entrepreneurial journey and wowed the crowd with the amazing things he has done, all in the name of his mum.

“My mum sparked the passion I have for what I do and I wouldn’t have done any of it without her,” he said.

The showcase was wrapped up by ASB commercial regional manager Richard Odgers.

“To get to success, we need a fire in our belly to spark a desire to do something – that’s ambition, that’s what this showcase is about, and after those speeches I have a fire in my belly,” Odgers said. 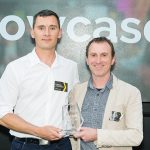 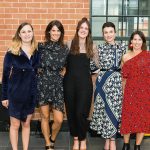 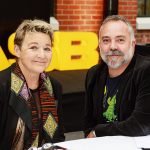 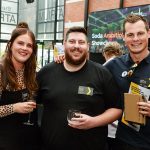 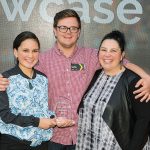 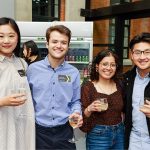