Research with a broad range of industry applications has taken out an engineering accolade at Waikato’s leading science awards.

Lee Streeter has taken out the Datamars Engineering Science award at the annual Kudos science awards.

Streeter, a Waikato University lecturer, won the award after revolutionising the technology for successfully accounting for movement in ‘time of flight’ range imaging, and expanding its potential application. 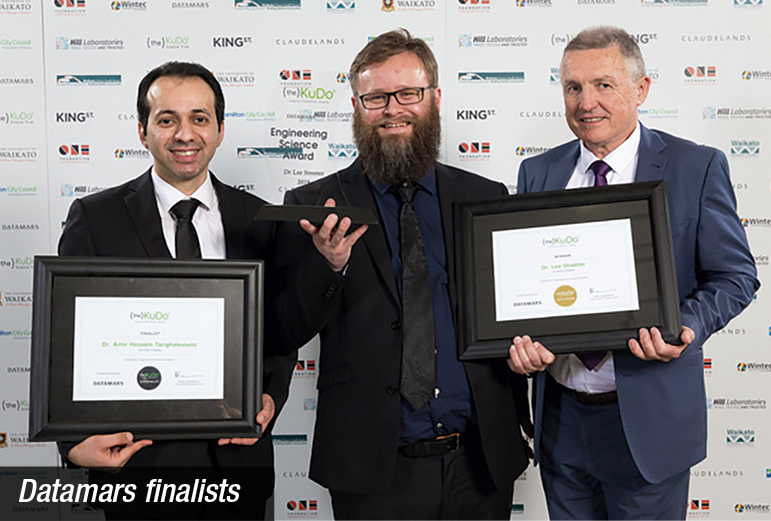 Time of flight imaging allows for physical measurements to be captured by timing how long it takes a light wave to travel to an object and back. Multiple images can be compiled to create a digital 3D replica of a thing or scene.

Movement of any elements reduces accuracy of the result. Streeter’s world-leading mathematical modelling has cracked this significant problem, vastly expanding the commercial scope of the technology.

His work has sparked interest from diverse industries including baggage handling and safe vehicle operation, with research planned for ambulance patient monitoring and fruit pollination. It is also being used to improve the cameras used for ToF work.

The supreme award went to Adjunct Associate Professor Amanda Oakley, who has dedicated her career to lifesaving online resource for early detection of melanoma.

Oakley founded DermNet in 1995; it is now the premier web resource for dermatologists and other medical practitioners, researchers, students and consumers worldwide. The same year she initiated video dermatology consultations leading eventually to the establishment of a Virtual Lesion Clinic and more recently eTriage teledermoscopy service in Waikato. Always working in the technological cutting edge, Dr Oakley is now building a clinical image dataset to help inform artificial intelligence diagnostics.

The region’s Kudos science excellence awards are an annual celebration recognising the contribution made by the region’s scientists contributing to discoveries and innovations in the agriculture, engineering, ICT, medical and environmental industries.

With the highest proportion of scientists and technicians in its workforce in New Zealand, Waikato is also reported to be the only region where these numbers are expected to rise. It also has a higher rate of patent applications than the national average. 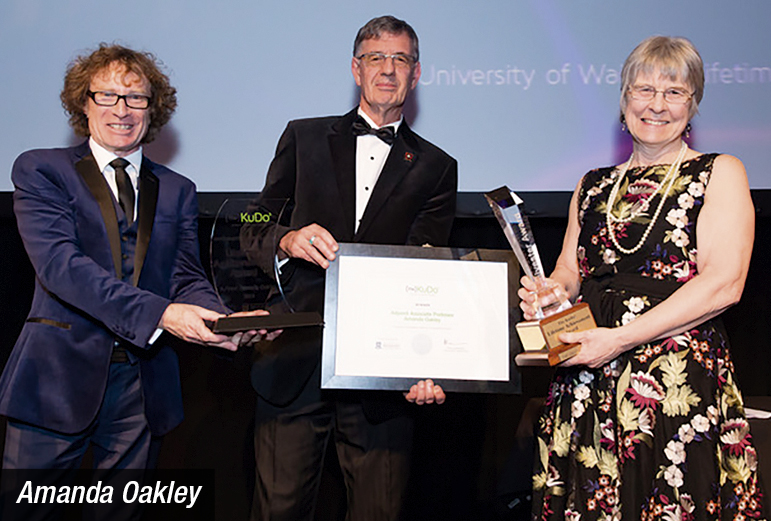 The importance of this is more significant when seen in a global context. While invention is embedded in New Zealand’s number 8 wired DNA, studies show the country is slipping behind in the international innovation stakes.

As New Zealand’s leading science and innovation hub, Waikato has an important part to play in reversing this trend.

Now in its 13th year, with almost 700 nominations, Kudos has acknowledged 261 finalists, naming 92 winners and awarding almost $400,000 in prize money to support scientists to progress in their research, buy tools and equipment and attend conferences.