Hamilton developers are leading the way when it comes to supporting local businesses, and the council is being urged to play its part.

With an annual procurement spend of about $420 million, the council’s impact is potentially profound, but lack of data means no one can be sure how much is being spent on local suppliers.

The lack of data also makes it difficult to measure any possible improvement in the wake of Covid, when shopping and supporting local became a mantra and even a campaign. 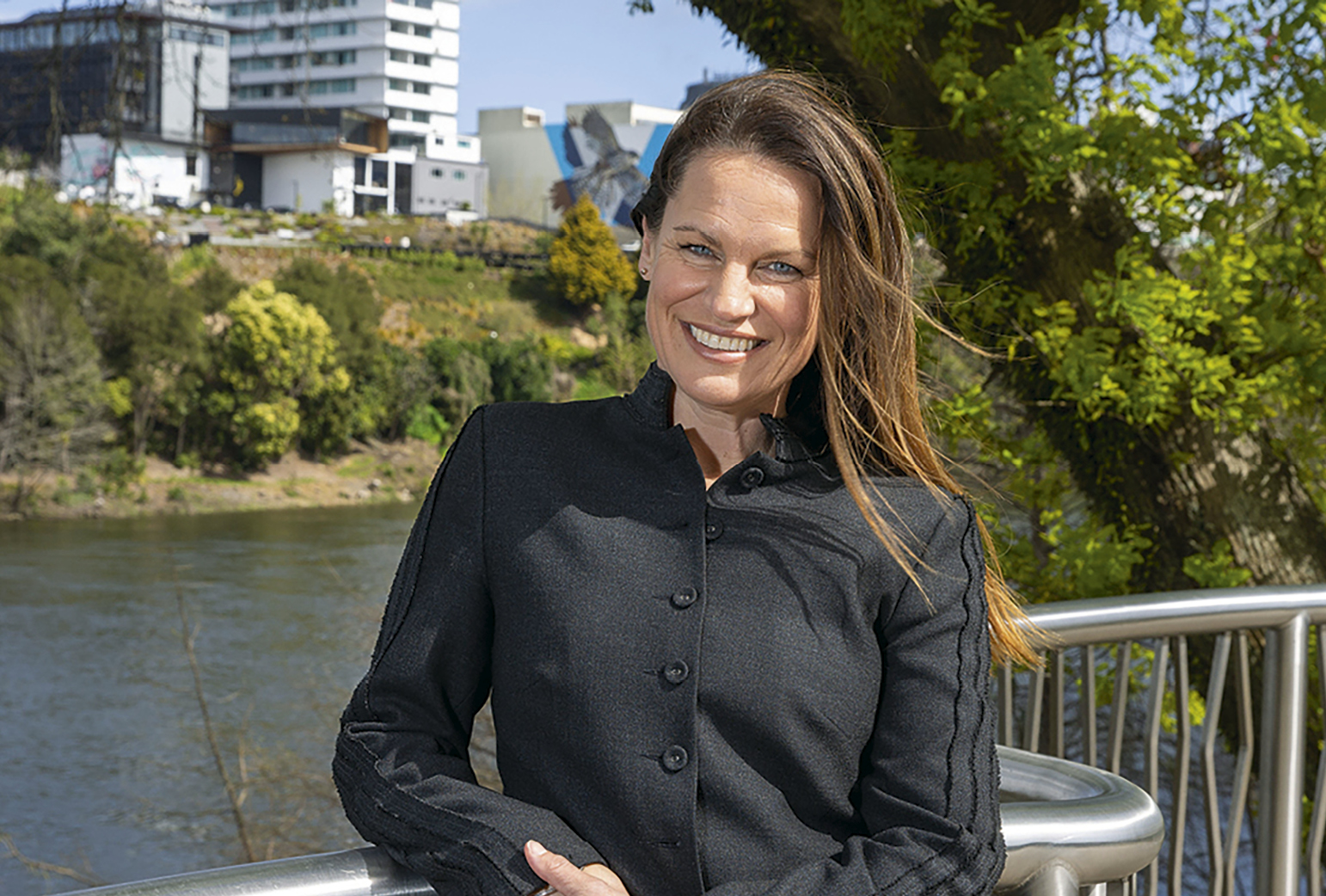 Vanessa Williams says the council could be more transparent in its process and selection to support local business.

That sees them providing significant economic benefits as well as validating local businesses’ capabilities, she said in a presentation to the city’s Long-Term Plan.

“There is currently little visibility on Council’s current procurement strategy and we believe that Council could be more transparent in their process and selection to support local business,” she said. “There is an opportunity to promote an authentic buying process that supports a local economy.”

Williams cites the example of Preston in north England where she says public organisations have pooled procurement resources and are fostering the growth of jobs in the area.

She says it would be good to hear more from the council about how they are supporting local and backing the reputation of existing businesses and their capability.

Change may be coming, but it will take time. City councillor Maxine van Oosten accepts the council is coming from a standing start when it comes to local and social procurement.

Van Oosten, who is on a working group looking at the issue, says for a start there is the absence of data. “We don’t necessarily know from a company what level of localism they have.”

Having the data will be key to measuring whether future measures to support local businesses bring about any improvement. The solution could be as simple as conducting regular surveys with existing contractors.

Van Oosten thinks attitudes have changed with Covid, with expectations of job opportunities for locals.

“It’s a slow process, sometimes, working through council, so it’s a bit of a journey.”

The working group provides the opportunity to look at the council’s role. “How can we advantage local impact, social impact? You know, what might it look like? It’s a chance for us to explore what avenues are available.”

In 12 months she wants the council to be in a position to make changes. “What I’d really like to be able to do is to be able to form an up-to-date strategy around [procurement].” That may include changing current weightings relating to expertise, environmental impact and localism.

Van Oosten says she wants local small businesses and Māori and Pasifika businesses to see they have an opportunity to win council contracts.

“I’d really like to focus around how we can advantage Hamiltonians, especially as it’s the ratepayers’ funds that we’re spending.”

City head of procurement Igor Magud makes the point that measuring the extent to which individual suppliers are local is not a simple calculation – does a firm with a head office elsewhere but a substantial staffing in Hamilton count as local, for instance?

Nevertheless, he says the city has an extensive local network of suppliers. Of about 1500 total, 1200 “absolutely” would be local.

“We have extraordinarily prescriptive rules about how we go to market and how we tender. And quite rightly so.”

The policy follows seven principles, of which value for money is a “very important” one on a list that also includes the likes of openness, fairness, accountability and sustainability.

The principles do not include supporting local, but Magud says that is covered under the attributes they use when procuring.

Magud says the practice from a policy perspective hasn’t changed since Covid. “However, we are putting forward in the upcoming months a set of changes or a set of suggestions for our leadership and for our elected members.

“We were very conscious, however, of our supply chain and our vendors through that Covid period. So, in practice, what we did was really work hard to make sure that they were paid, that there were no issues with payments. And actually, we changed our own accounts payable process during that time, to process invoices faster.”

Van Oosten says the council is looking at running workshops for businesses and contractors to give them an understanding about how to engage with council to get information about upcoming projects.

“We see that as being a really enabling way to make meaningful connections with people.” It may also mean council can engage directly with businesses to let them know when something in their field is coming up. She makes the point that larger companies have greater capacity to do some of that groundwork, but it is much harder for smaller businesses.

Well-established Hamilton printing firm Print House says it can be difficult to know who to deal with at the city council when it comes to quoting for printed material, and they are seeing some jobs being produced outside the region which they have not had an opportunity to bid for.

They do have some council contracts, including a long-standing stationery one, but have capacity to do far more for the council and are at a loss to know when and how firms from outside the region get this opportunity ahead of them.

“We can’t work out, from a print point of view, their procurement protocols, because I suppose if we have a single gripe, it’s that we don’t get much opportunity to quote for their work,” says CEO Brett Phillips. “So, how do we get that opportunity?

“There are other companies we deal with who use other printers as well. Along with us, they may have two or three preferred suppliers, so you at least get an opportunity to quote no matter what the job is.” Phillips says he knows other long-established business owners who have
indicated similar concerns.

Print House sales manager Steve O’Toole says they have had frustrating dealings in the past with multiple council staff often leading nowhere, made more difficult by regular turnover of their staff. “The staff we do get to deal with are always very good and appreciate the working relationship that we have with them, but in overall terms it seems the council does not have a preference towards using local print suppliers.”

Magud, who has been in the job two years, acknowledges that for people looking in from the outside, the council’s procurement rules can appear complex.

However, the council is open to feedback and improvement. “We genuinely like to have access, open and transparent and available to the public, make sure that they’ve got good access, make sure they know the processes of how to bid and what [are]the items we’re looking for,” he says.

“Historically, there’s probably been room for improvement in that respect.”

As well as the potential open day workshop sessions for potential suppliers, Magud floats the idea of putting an information pack out, while he is also looking at posting an enhanced programme of projects on the council website, including where to go to bid.

In the meantime, registering for free on the council’s Tenderlink portal provides a way for potential suppliers to both tender for work and keep an eye on what’s coming up. He says Tenderlink provides a transparent chronology for the council receiving tenders, while it also sends out notifications to registered potential suppliers of tender activity.

Phillips says council staff he and O’Toole have dealt with have always advised them to use the Unimarket portal for quotes, notifications, receiving orders and billing purposes.

“We have used the Unimarket portal for at least 12 years and pay a transaction fee based on a percentage value of any job processed for the council,” he says. To his knowledge they had not been informed about the Tenderlink portal, and he suggested it should have been presented to potential suppliers when it was initiated.

“It seems rather strange for the council to have two systems operating for similar procurement purposes.” 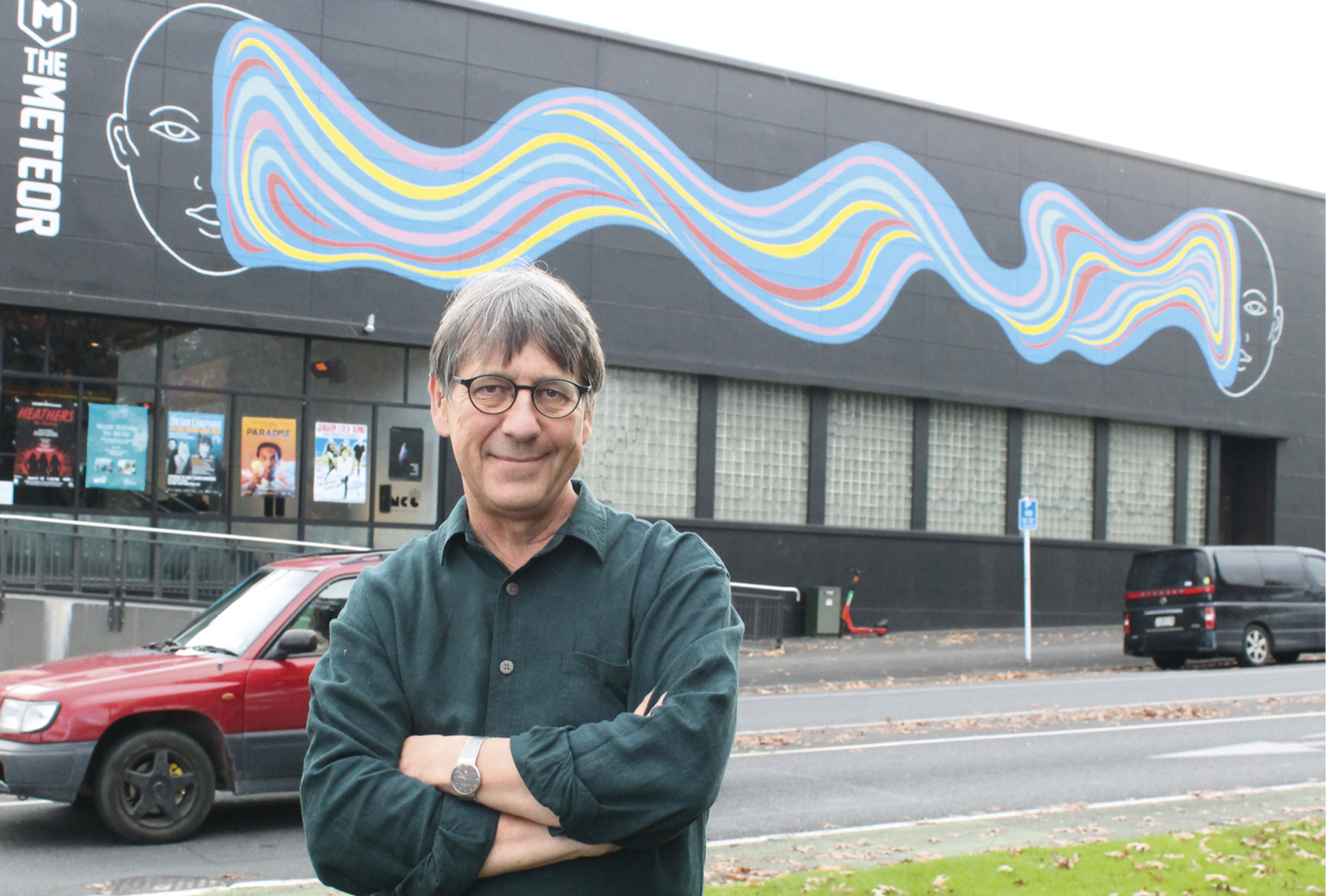 Architect Antanas Procuta says procurement panels can present a barrier to local firms, which want to contribute to their community. He was involved in the refurbishment of the Meteor.

Hamilton architect Antanas Procuta says one potential barrier for firms such as his is a system of panels of preferred suppliers. He says the initiative was started by MBIE and is filtering down through public funders generally including councils and, locally, Waikato Local Authority Shared Service (WLASS).

On the face of it, the principle is simple, and intended to aid efficiency of procurement.

“The intent is that, for every project you do, you don’t have to go to tender to lots of businesses and to an open market, you’ve got a limited market.”

In practice, Procuta says, the matrix applied in order to select panel members seems to favour larger providers with a range of capabilities, more often nationals or even multinationals.

His firm spent 16 years undertaking projects for Waikato University, where he says the people doing the procuring had their ear to the ground and would try out different firms for different jobs. That saw Paua doing some award-winning work for the university and yet, when the new procurement system was brought in three or four years ago, Procuta’s firm failed to get on the panel despite its prior record.

“The local is definitely disadvantaged, and that’s really unfortunate. And the other thing it prevents is the young, new firms getting a step in with those larger clients.

“So that’s really problematic, because younger people that have come through the universities have new ideas, new learnings, they’re excited, they can do things differently.”

He cites architect Jørn Utzon, who was just 38 when he won the competition to design the Sydney Opera House.

It can become self-perpetuating, with firms excluded from the opportunities unable to build the capability to then make it on to the panels.

“My concern is that it almost seems anti-competitive and almost anti-democratic. I don’t know if that’s the right phrasing to use, but basically, it’s using ratepayers’ money, taxpayers’ money, to support fewer larger firms and the smaller local firms miss out.”

Procuta returned from leading Wellington firm Athfield Architects to set up a practice in his hometown Cambridge, because he wanted to contribute to his local area, which has seen him involved in supporting a number of projects including Embassy Park and the refurbishment of the Meteor in Hamilton.

“That would be the same for consultants all over New Zealand. If they’re local, they’d like to be doing work in their local area for their community.”

By comparison, he says, in parts of Europe and in Victoria, Australia, there is a requirement for architectural commissions above a certain value to go to a competition.

“The beauty of an architectural competition is that suddenly it’s a level playing field. We’ve actually won our large projects through design competitions, and we’ve been up against some large, large firms.”

Procuta says it was to the credit of Waipā District Council that when Covid arrived, it adopted a policy of trying to procure more locally.

Waipā mayor Jim Mylchreest says his council has done what it can to support local in the Covid era but makes an intriguing point around the limits of such procurement – essentially that the risk for Waipā firms, for instance, is that they get locked out of other markets.

Hamilton City Council chief executive Richard Briggs, who views localness as meaning Waikato-wide, says there is a challenge around having a big enough local pool and the question of the council’s role in fostering a “rich market”.

More radically, with recruitment difficult at the moment, he ponders whether procuring, rather than recruiting, could in some cases provide an answer. “Could we encourage the market to respond, could we create a market for someone to make some money out of it?”