A commuter train to Auckland is locked in and now attention turns to the road connection to Piarere, south of Cambridge.

Pressure is mounting on the Government to complete an expressway to Piarere, with a key regional committee making the extension its number one priority.

The expressway could be completed through to Piarere within three years, once the Regional Transport Committee’s draft long term plan is adopted. Second priority is the Southern Links on the southern edge of Hamilton, while Te Huia, the passenger train link to Auckland, is also prominent.

All up, the plan envisages $8 billion in spending over 10 years, a 34 percent boost on the last plan formulated three years ago, reflecting the region’s growth. 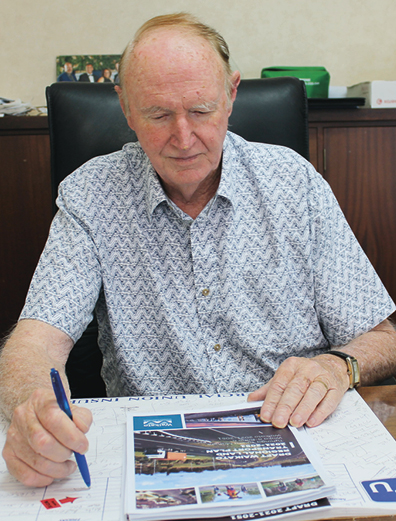 Regional Land Transport Plans (RLTPs), which have a 30 year horizon, are developed every three years.

The Waikato committee includes elected members from the region’s district, city and regional councils, Waka Kotahi NZTA and the police.

Regional councillor Hugh Vercoe, who chairs the committee, says under the RLTP the new stretch of expressway would end at a new roundabout at Piarere. Safety is among the considerations with traffic currently “coming all the way down from Auckland on a beautiful four-lane road and the same amount of cars suddenly hitting a two-lane road in the middle of nowhere”.

Waikato Chamber of Commerce chief executive Don Good, writing in this issue of Waikato Business News, has weighed in on the stretch of road. He says State Highway 1 south of Cambridge is a danger to life and limb, with the Piarere T intersection “probably the worst junction in the North Island”.

“There is no coherent vision or action plan from our leaders to alleviate the bottleneck that is this section of our prime highway, there are only miniscule band aids over a gaping wound,” he writes.

Vercoe says Piarere marks a natural expressway
endpoint, with about 50 percent of the traffic then heading to Tauranga and 50 percent south to Taupō, halving the traffic density on each route.

The Government has agreed to build a roundabout at the Piarere intersection of State Highways 1 and 29, while a possible new route for the expressway section already exists after it was investigated under a previous National Government.

The roundabout is, Vercoe says, on the new alignment, potentially sending a tacit signal about
future development.

Further development of the road from Piarere to Tauranga is also part of the plan, with a longer timeframe.

With local body politicians promoting the Golden Triangle, and pressure also from business interests, the route is certain to receive increased attention. A passenger train to Tauranga is under consideration, but faces the hurdle of a line that is already among New Zealand’s busiest for freight, with the Ruakura inland port likely to add to usage. A passenger train could push more freight onto trucks, placing a further burden on the road link.

Meanwhile, the Hamilton-Auckland rail passenger train Te Huia is set to start operating on April 6 after delays caused by the need to upgrade Auckland city tracks.

The 98 minute trip to Papakura will leave Hamilton twice each morning during the working week, and return twice each evening.

Each train has four carriages with free wifi, a café bar and capacity for 150 passengers.

The morning trips leave the Frankton station at  5.46 and 6.28, and stop at Rotokauri and Huntly en route. Passengers dismount at Papakura and then catch an Auckland train into Britomart, with the full trip likely to take about two and a half hours.

The Te Huia service has a 75 percent Government subsidy on its operating cost, instead of the usual 50 percent.

Proponents say commuters should arrive fresher and will be able to work on the train, while avoiding Auckland’s expensive and congested parking.

Discussion with likely users including the Waikato DHB, the university and Fonterra saw the first return trip brought earlier to help shorten workers’ days. It will depart from Papakura at 4.42pm with the second leaving at 6.25pm.

She says more than 200 of their staff travel regularly between Hamilton and Auckland, ranging from daily to monthly, including some who commute from Waikato.

Parking is heavily restricted in central Auckland, and, between that and road closures, drivers are likely to start early from Hamilton, Fourie says. “Whereas it’s actually a nice easy walk from Britomart, for example, over to [head office at]Fanshawe Street or a quick bus ride on a rainy day,” she says. “If people can hop on the train, it’s got great facilities, there’s wifi, they could be working for the time that they’re on the Waikato leg of the journey.”

Fonterra will be encouraging staff to use the train.

“And then over time, we would start to see how it grows, because we do think that it probably would grow, once people start to see the service and once other things open up. For example, at some point in time, there might be more express options.”

While she expects some initial caution, she thinks around 35 Fonterra staff could use the train at least once a week.

Vercoe says the new service is just the beginning. “What we’ve always said was, we’ve got refurbished carriages with a diesel train going slowly to Auckland. It is the start of a bigger picture. If in 10 years, we’ve still got the same diesel train slowly going to Auckland, then I don’t think we’ve achieved anything.

“We need electrification. We need double tracking all the way. And we need faster timeframes, and more regular services.”

He also wants regular weekend trains for Waikato people to be able to spend the day in Auckland, and weekend trains to bring Aucklanders down for day visits.

“So those are in the plan. We’re saying to Government, these are our ideas, we need to start putting some funding into it.”

Vercoe is also touting the potential benefits of extending the trip to the Puhinui Station, currently being upgraded, as a connection for Waikato people to Auckland Airport.He further says the tracks and potentially trains are already available for a hub and spoke regular passenger service from Hamilton to Te Awamutu, Huntly and Morrinsville.

“That takes a hell of a lot of cars out of Hamilton, removes your congestion. So you don’t have the same demand for parking your car when you get there. And it’s reliable,” he says. “It will happen.”

Submissions on the draft plan close on March 21.