The supreme winner at the Westpac Waikato Business Awards emphasised whānau and customer service when accepting the award on the night.

Civtec CEO Pele Tanuvasa said the infrastructure company was privileged as a whānau of 250 across the country to work on million dollar networks while also working with individual householders.

“Customer service and quality and doing the right thing is in our DNA,” he told the business audience at Claudelands Showgrounds.

Founder and group CEO Renae Smart said the awards were particularly special to them as a Waikato business. 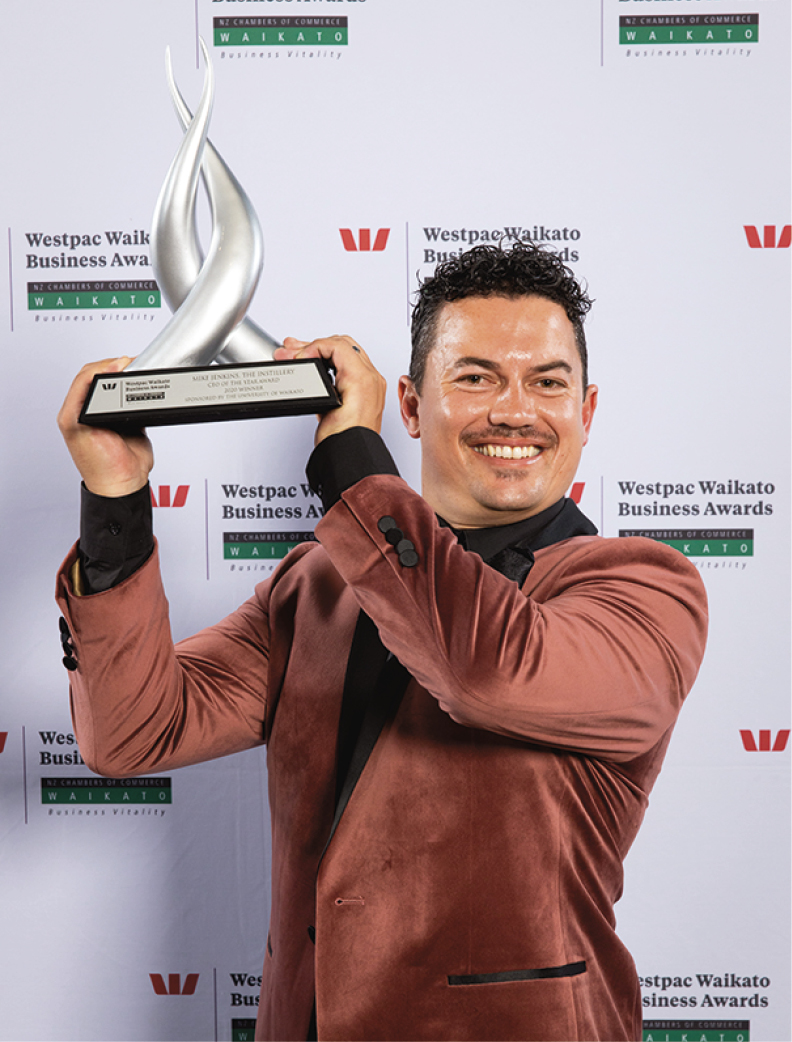 CEO of the year Mike Jenkins

“Our roots are deeply founded in this region. And while we operate nationally now, this is where the heart is.”

An impressive crowd of 550 attended the November black tie event, which revealed a business community in good heart at the end of a year in which Covid-19 had struck.

A feature of the night was the induction of well known business leaders Sir William and John Gallagher and the late Arthur Porter into the Waikato Chamber of Commerce Hall of Fame.

The gala evening, organised by the Waikato Chamber of Commerce, saw 12 awards made, including The Instillery’s Mike Jenkins as CEO of the year, and Jessica Fearnley as emerging leader. Civtec won the top award, Westpac Waikato Business of the Year, after earlier taking the stage for both Business Growth and Strategy and Service Excellence.

Bear & Moo founder Hannah Porter also made two trips to the stage after adding People’s Choice to Micro Business. Echoing Tanuvasa’s words, Porter said customer service was the “epitome” of what her company does. “The customers are everything to us and they always have been.”

Fieldays president James Allen, accepting the Social and Environmental Sustainability Award, said it had been a tough year for the Society, which had delivered an online Fieldays after having to cancel the physical event because of the pandemic. He said they were looking forward to bringing the learnings from the online event to next year’s Fieldays. “Bring on 2021, because we’re going to be back and better
and stronger.” 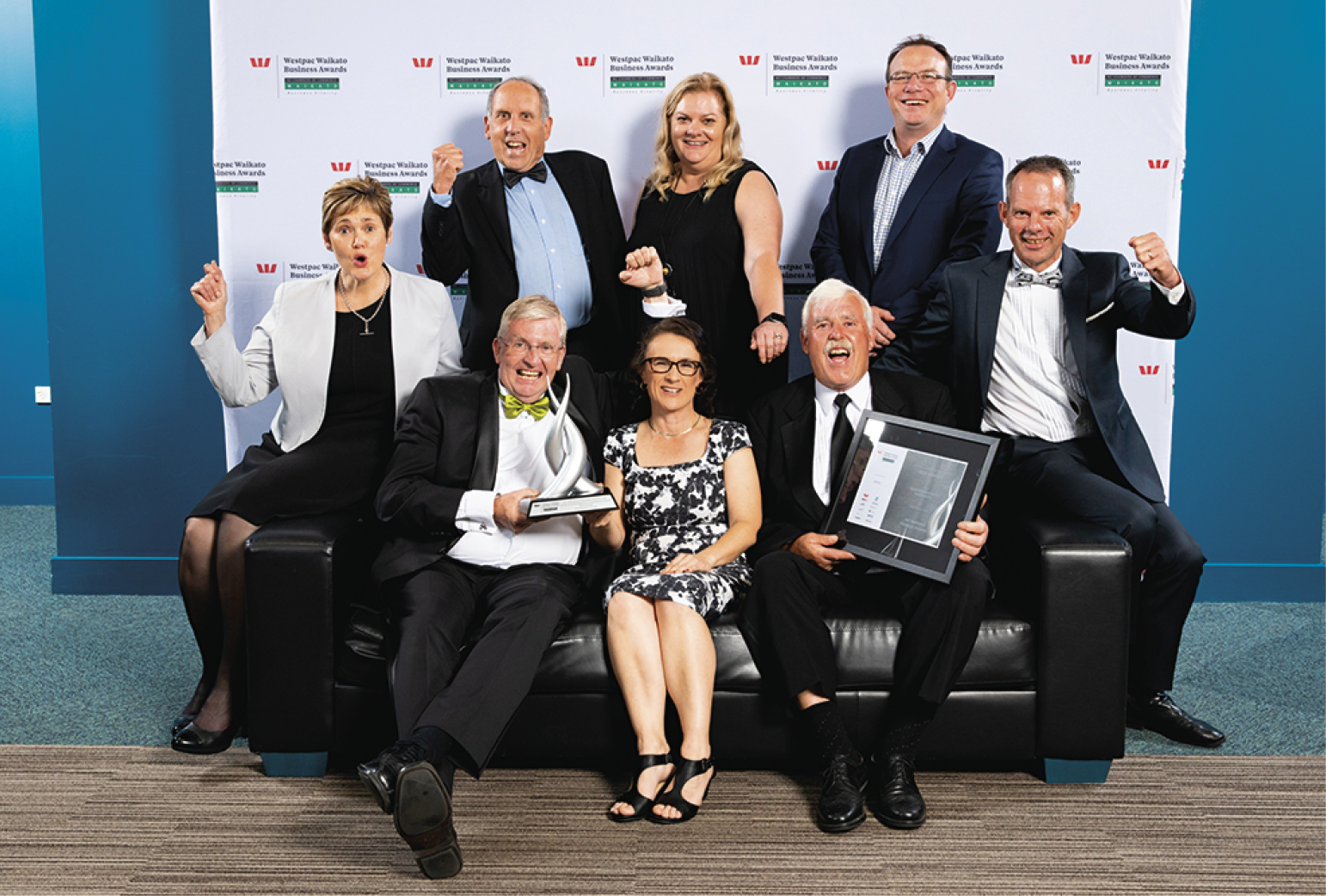 Fieldays business administrator Janine Monk said she was proud to work for the Society. “I will only work for someone who’s giving back to the world, and the Fieldays Society definitely does that in the social and environmental sustainability areas.

“We have some pretty amazing goals and plans for the future in this area. So watch this space.”

“This year has thrown so many challenges at the world. But as a country, we’ve all pulled together to face these challenges. 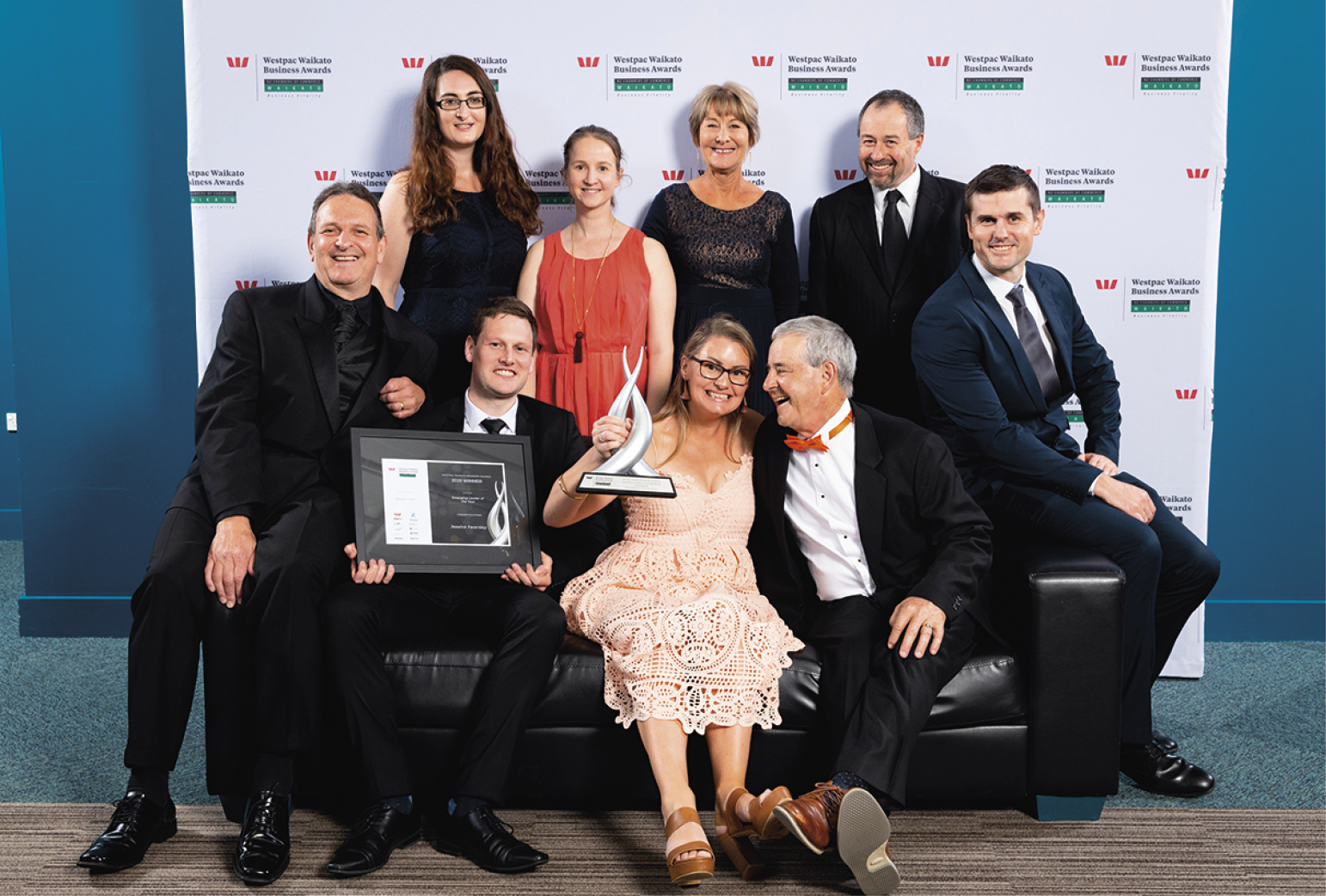 “During lockdown, I was very proud of the way Hospice Waikato continued to provide vital services to our families.”

Covid-19 was also to the fore with Good George winning the Marketing and Social Media award for its hand sanitiser project, quickly instituted during lockdown.

“We ended up giving away over 4000 litres of sanitiser,” said Darrel Hadley. “It’s great to be here to tell the story and I’m really proud of the team. I always think we work best when we’ve  got a real challenge in front of us.”

CEO of the year Mike Jenkins, from The Instillery, said he was proud to be headquartered in the Waikato, where he grew up. “What I would say to you is, everything’s possible here in Hamilton and in the Waikato.”

Waikato Chamber of Commerce chief executive Don Good was pleased with the calibre of award contestants. “Where there’s a crisis there’s opportunity and our world class businesses in the Waikato are remarkably good at making the most out of any opportunity. I think all these winners prove that.” 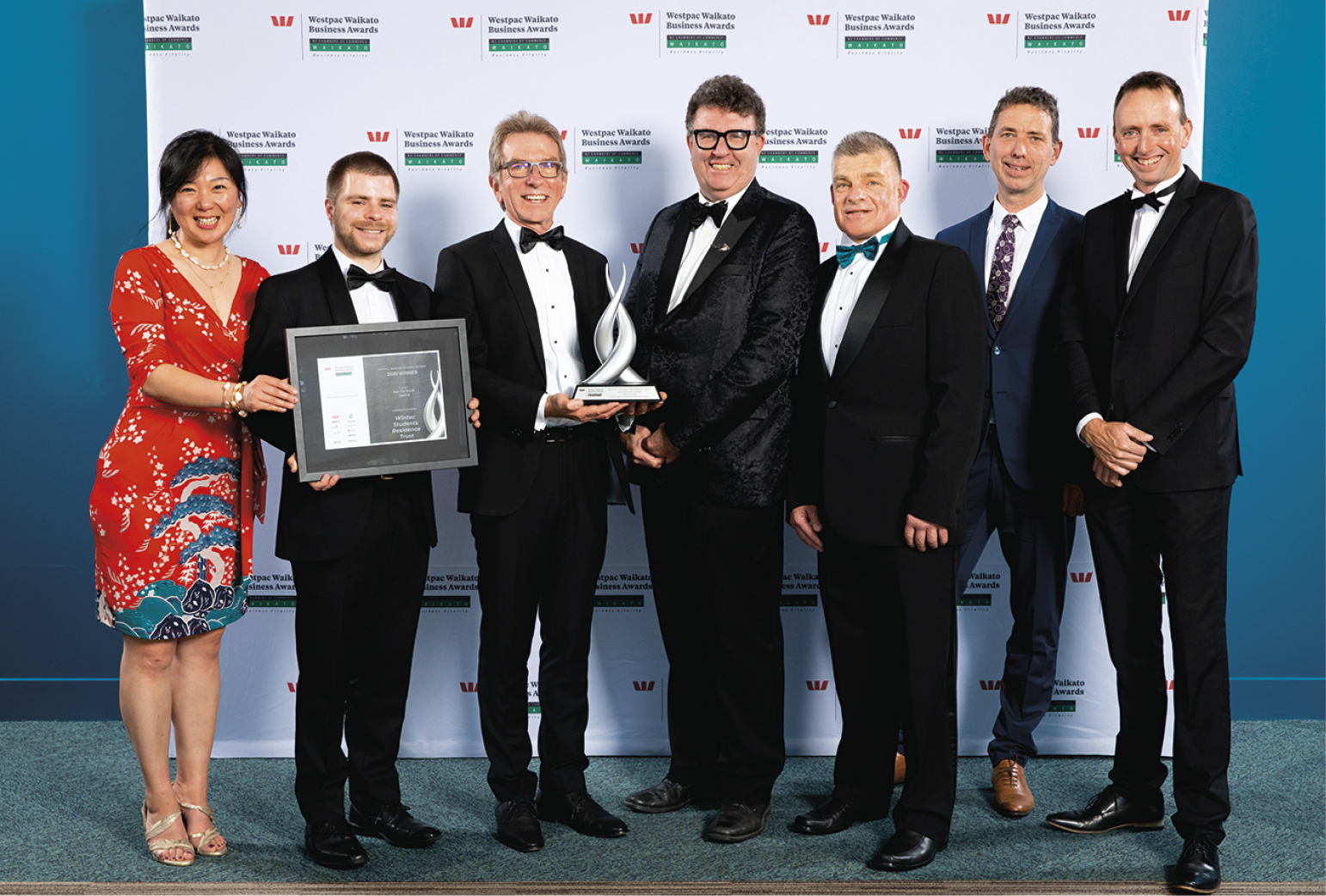 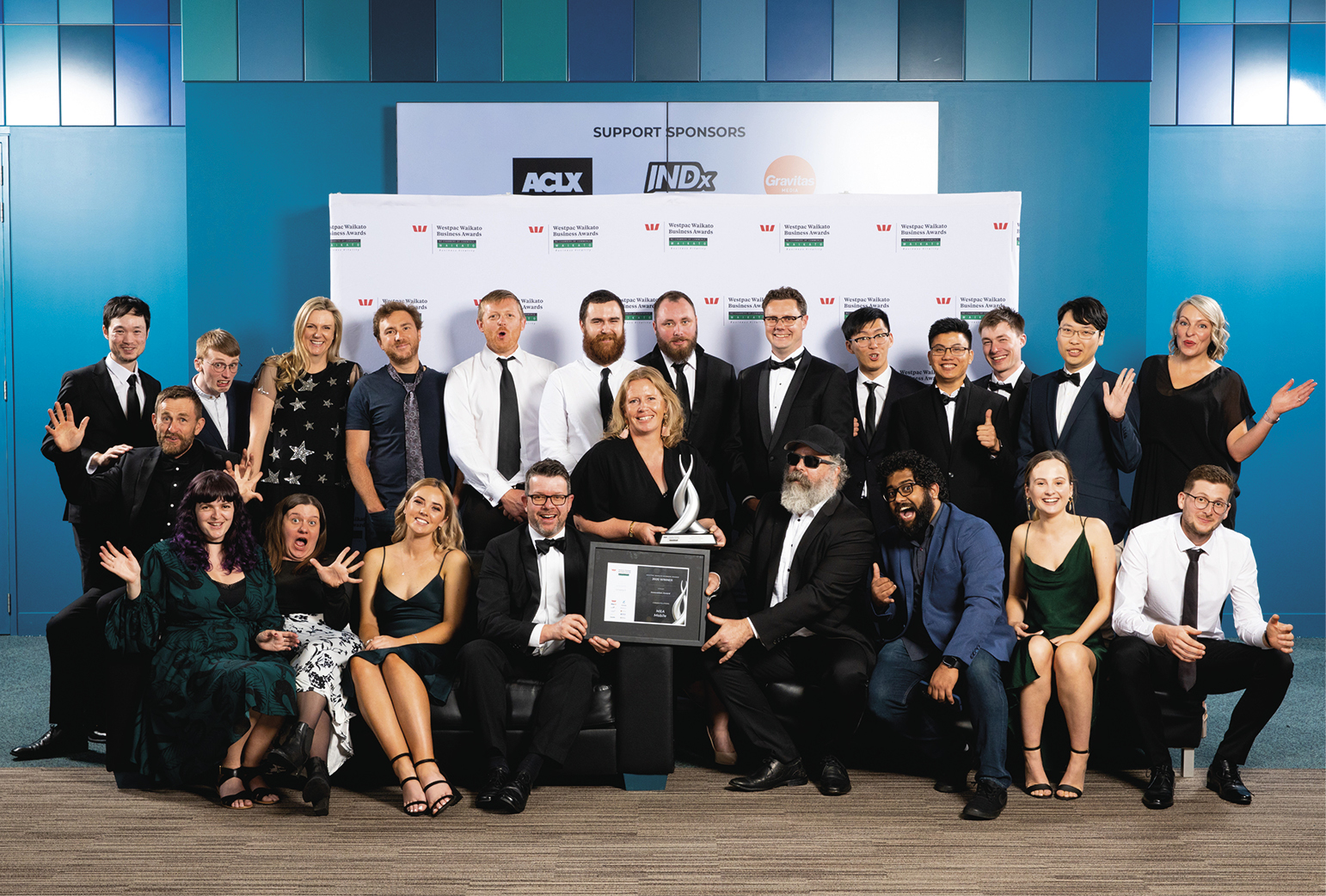 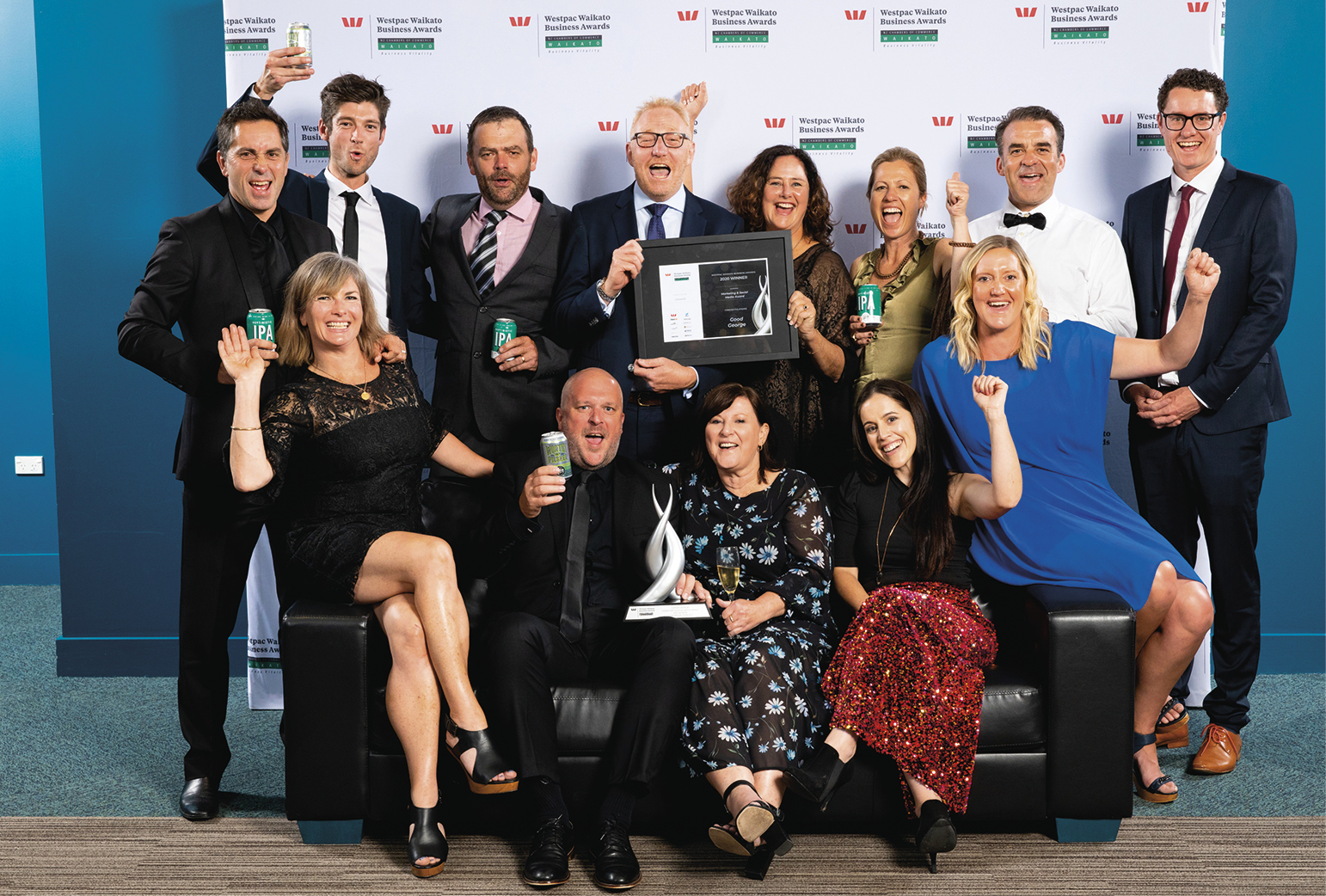