The Waikato River and central city will be key to Hamilton City Council as it develops its long-term plan.

The council is tackling the plan based on five priorities which came out of extensive public consultation early in the year.

Mayor Paula Southgate says her goal was “to make this the most engaged long-term plan [LTP] possible – in other words, to make it as community developed as possible”.

“We decided that the ‘why’ is just as important as the ‘what’. If you don’t know why you’re doing something, if you don’t have a vision for what you’re trying to achieve, then projects will be thrown in with no kind of rationale.”

That saw the council going out to the public at the start of the year. Southgate says about 1000 people contributed, both online and in-person.

There was no surprise, she says, when the river and the CBD came through as key themes. 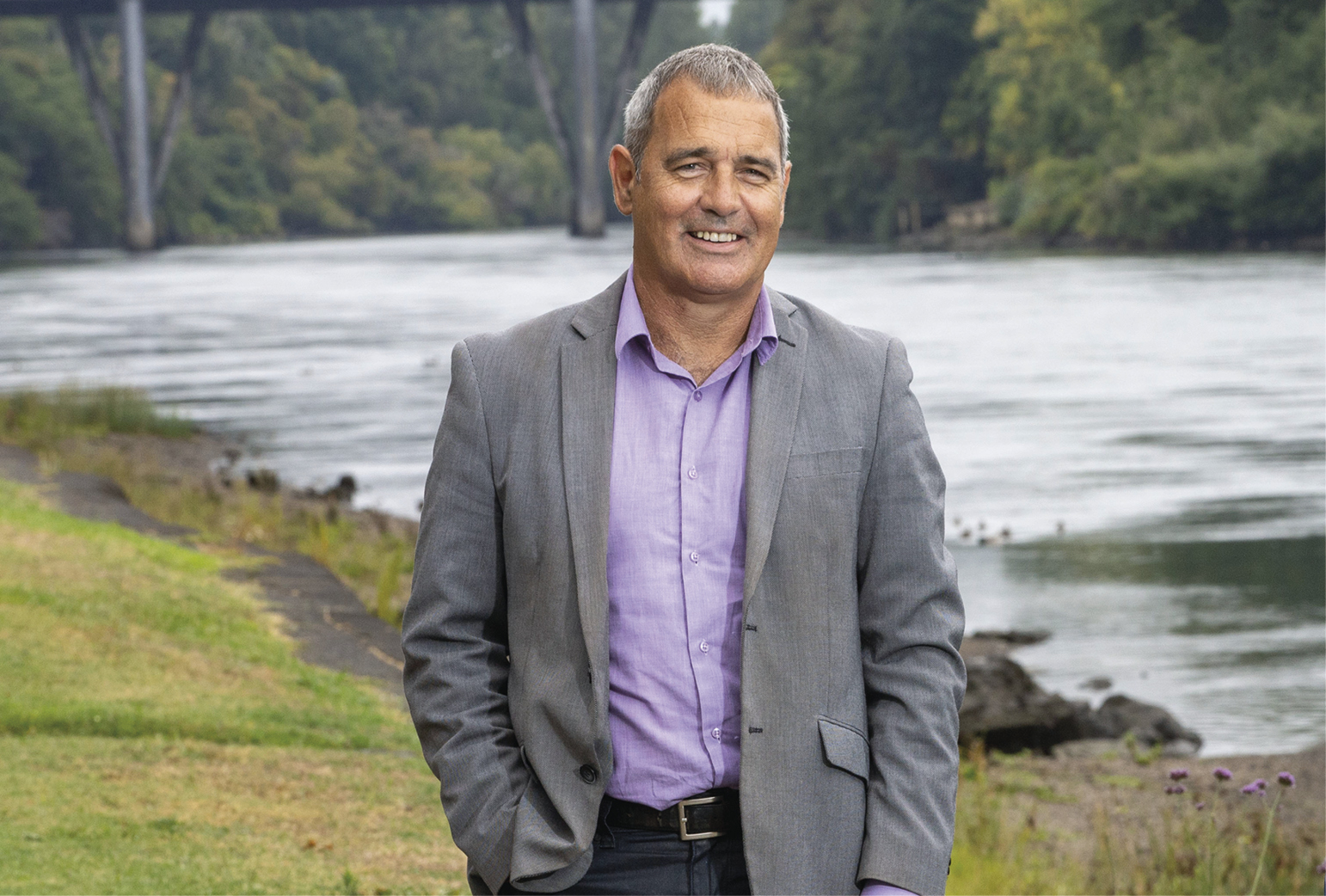 “From that, we were able to come up with these five priorities [see sidebar]. Everything that comes to the LTP, we will be saying to our colleagues, how does that fit the ‘why’ for Hamilton?

“I think these priorities are easy to understand, they’re broad enough to allow for flex and how we get there. And that was what I was about. Shared vision matters. People in Hamilton want to understand what our vision is for the future.”

The river is referred to in four of the five priorities, and the city centre is also a focus.

Deputy Mayor Geoff Taylor says, having gone through a long-term plan in the previous council, having the five priorities helps give a clearer mandate.

“I feel a clearer kind of sense of what we’re trying to do, I think this has worked very well for that. On the central city, for example, I love that we’re saying a central city where people love to be,  because the engagement we’ve done with the community is telling us they don’t just want it to be a place where people work.”

Priority one: Shaping a city that’s easy to live in

Priority two: Shaping a city where our people thrive

Priority three: Shaping a central city where people love to be

Priority four: Shaping a fun city with lots to do

He says the council is pushing hard on the amenities side. “You want it to be a place where actually people want to live.” He doesn’t see amenity projects, such as a pedestrian bridge, other riverside developments and the regional theatre, as discretionary. “I see the central city as a growth cell, just like Peacocke, just like Rotokauri. And so you need to invest in your growth cell – it’s not discretionary, it’s absolutely essential.”

Southgate points to numerous central city building projects as a vote of confidence which will also contribute to the desire to build up and out from the CBD, rather than focusing only on greenfield development.

Taylor says it’s also about planning for areas where there will be high density and others where there won’t, with infill currently making up about half of new building. “It’s not controlled, really some of it’s not good infill. And it’s starting to get to the stage where, you know, it’s upsetting a lot of residents, I think.”

He says the council is involved in putting together a housing strategy, based on the regional housing initiative, with outcomes including affordability. Out of that, there will be levers for the council to pull, likely to include development contributions (DCs).

Southgate says affordability relates to choice in the market. She says the first stage of Te Awa Lakes is set to include apartments in the affordable range. “At the same time, we’re working with Kainga Ora and other housing providers to see what we can do to provide transitional homes of the lower value.”

The mix of housing is important, Southgate says, as is public transport. Taylor says the future of buses might include demand response, using smaller buses or vans. “You can basically say, come and pick me up and take me into town. And it will pick up a certain number of people on a route and take them into town.”

He talks of an “uncomfortable transition” in the central city as driving and parking become more difficult, making public transport crucial. “We are going to have to rev up the public transport system.”

Southgate points to major events as part of Hamilton’s appeal, including the upcoming Six60 concert at Claudelands.  “You just see it post-Covid, it’s one of the things that people missed the most was the ability to come together and have fun.” Events including Balloons over Waikato and Fieldays were cancelled, but Southgate says the Hamilton Gardens Arts Festival is set to go ahead, albeit with a slimmed-down schedule.

Southgate says they also want people to thrive in the city, and that includes business. Connectivity will be key – both to Auckland and Tauranga, and within Hamilton. She says that will involve working across boundaries with neighbouring councils, and with Te Waka and others to bring business to the city and surrounds.

“Personally I’m thinking, yes, it’s great we’ve got a lot of new business here in Hamilton over the last year, but I want more,” Southgate says.

“It’s really exciting that we’re having people driving down and saying, ‘hey, we’d like to put our factory or our operation right here, can you help us with that?’ My view is, we should be helping them with that in any way we can.”

She says when it comes to ease of living, the feedback was that people wanted connectivity, to be able to cycle to work without congestion, and to have access to services like shops, healthcare and parks.

“It’s about having everything within a scale of neighbourhood, so that you don’t necessarily have to drive right the way across the city to get what you need because there’s a sense of local communities.”

The long-term plan will go out for public consultation in March next year.