Hamilton mum Hannah Porter decided one Monday in May 2018 she could sell cloth nappies.

Four days later she went to a Chamber of Commerce event, said she was starting up a company and asked a question.

Reality struck. “I was like, well I guess I’m doing it now.”

Five weeks from that Monday she went live. She started with a shipment of 300, which was the minimum order she could make.

Two and a half years later her shipments from a factory in China are for between 6000 and 10,000 every couple of months, she has thousands of customers throughout New Zealand and overseas, is licensing prints from New Zealand and international designers and the company is still growing. 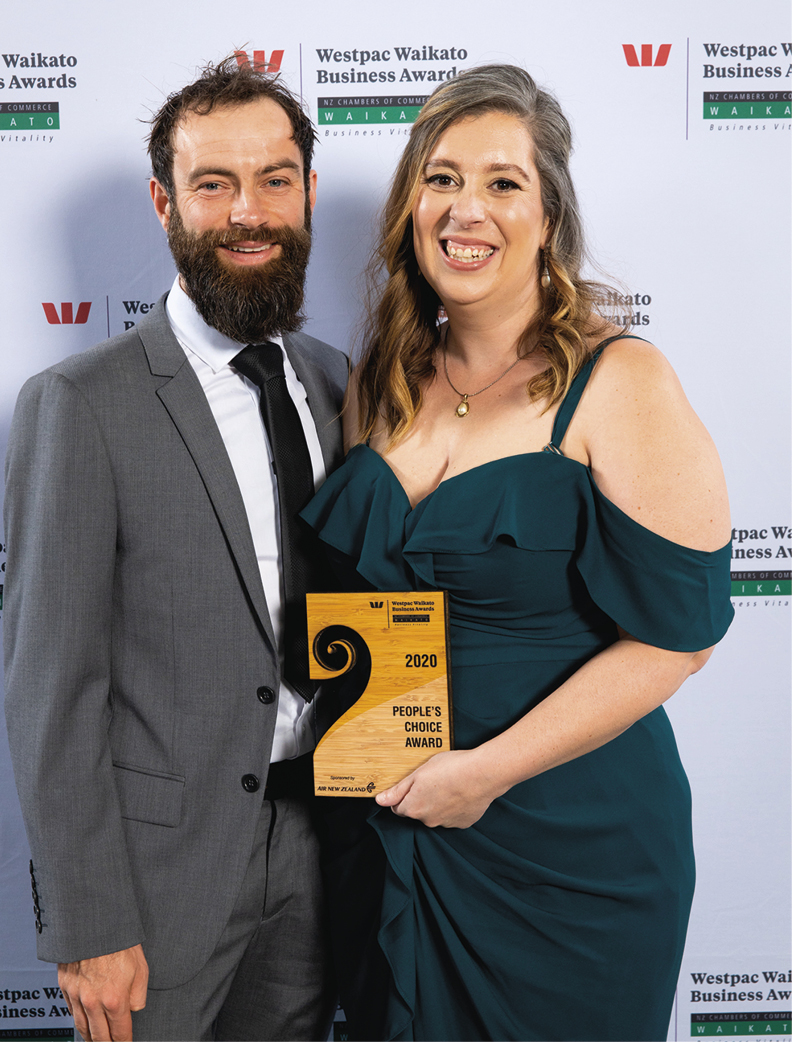 The spare bedroom HQ has become a warehouse in Frankton and the Bear & Moo range has expanded to books, menstrual products, plates and cups made from recycled milk bottles, and more.

The timing was good for Bear & Moo, so called for the Porters’ nicknames for their young sons. A generation concerned about its environmental footprint was receptive to reusable cloth nappies and could be willing to give them a go at a price that made them accessible.

Porter got her start after seeing a gap in the market between “super affordable” from the Baby Factory to $35 to $40 per nappy for other brands. At that price, some were deterred from trying reusables, she says. There was potential for a middle ground, and she priced hers at $17.95.

When it comes to a comparison of disposable to reusable nappies, the numbers are compelling.

Porter says it costs about $4000 to use disposable nappies from newborn to toilet training, whereas using cloth will cost around $500 to $600 depending on the brand.

And on the environmental front, she says New Zealand sends a million disposable nappies a week to landfill.

Porter has seen competition build in the mid-range since she started. “We’ve learned very quickly that it’s not actually so much about the product, it’s about the people. So it’s about customer service.”

That sees Porter and staff member Shannon responding quickly to questions on their social media platforms, and replacing returns promptly.

“If something goes wrong, I don’t look at where they bought it or question anything, we just send a replacement straightaway,” Porter says. “We’re always available. So I show up on social media a lot. I do a lot of Instagram stories. So my customers have gotten to know me.

“And we try to get back to email on the same day. We’ve got a chat system on the website that comes through to my phone. So when people are asking questions, a lot of the replies are either from me or from Shannon, where we know our stuff. It’s not just selling a product and then leaving them to it.

“They’ll come back and say, ‘Okay, I tried this, and it’s not working’, or ‘we’re having leaks here’, or ‘why is this happening?’ And we give them that full customer service. Because you can walk into a big box retailer, and walk away with a product and not know how to use it.”

Porter says she chooses products based on helping the parenting journey, and not being overwhelming. That sees her limiting the range within each category.

“It’s not necessarily about having the cheapest option, but it’s about making sure that the price matches the quality so if somebody’s buying something they’re getting good quality.”

In a year of disruption, Covid-19 actually proved beneficial to Bear & Moo, which makes 95 percent of its sales online.

With nappies “flying off the shelves” at supermarkets and reluctance to shop in person, Porter says some turned to online.

Bear & Moo were classed as an essential business, but Porter says they were careful to deliver only to customers in genuine need during level four, while others had to wait till level three. That saw them with hundreds of orders ready to go the day level three kicked in.

“So April was the best month we’d ever had,” Porter says. “We were really lucky, we had a launch planned for the beginning of April, so all of our stock had just arrived.

“Covid was really beneficial for our business, which is really hard because I know so many people struggled.”

In November Porter’s company, Bear & Moo, won the Micro Business and People’s Choice awards at the Westpac Waikato Business Awards, just two months after winning the Oh Baby award for best cloth nappy, voted on by the public. Porter is delighted with the dual recognition, with one customer-driven and the other an endorsement of the business approach.

Entering the business awards was good because it meant she stepped back and looked at what the company had done and why. “It forced me to stop and be proud of how far we’ve come and look at some of the strategy behind it.”

She says winning People’s Choice as well on the night was also about customer validation. “I think both are really important. If you’ve got a great business model, but your reputation is not good because your customers aren’t happy, then you’re not going to succeed. And you can have great customer service and be running a business into the ground with no profits because you don’t have the business nous.

“So to get both just married together gave the idea that actually we’re doing something right.”