More than 250 business owners came together on the banks of the Waikato River in a see-through marquee for a night of celebration, thanks to the Hamilton Central Business Association (HCBA).

More than 70 businesses applied for an HCBA Award, exceeding applications submitted last year despite the challenges thrown at most due to Covid-19.

“It’s such a pleasure to organise and it was so magical to be celebrating right on the river.”

She said the awards evening was something she looked forward to every year. She always enjoyed showcasing what events could be like in Hamilton while using local companies. 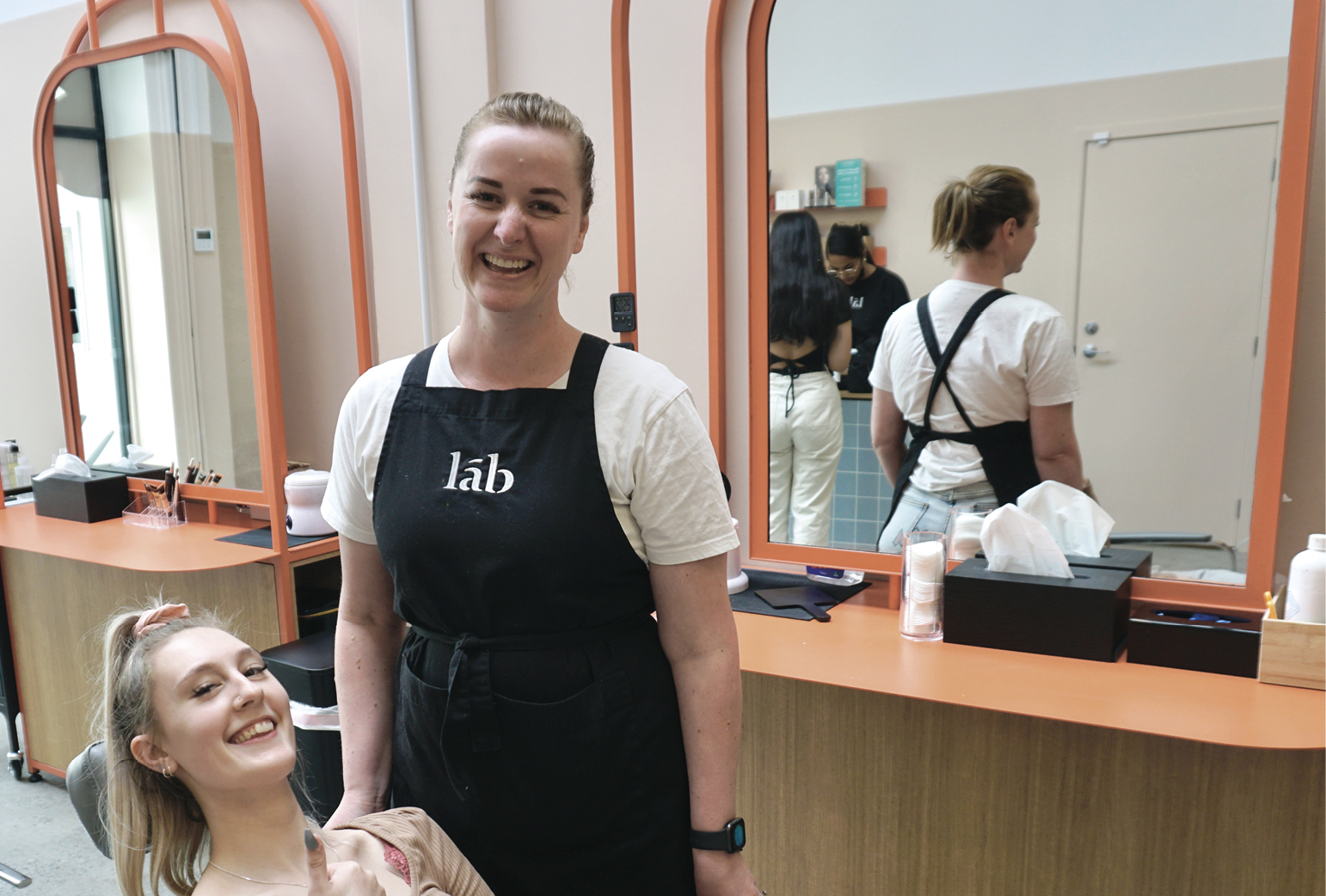 “People don’t put marquees on the river, but actually, you can!”

Vanessa said the best word she could think of to describe the evening was “joyous”.

She said there was a good mixture of new and established businesses to recognise, including local and international sellers.

Among the evening’s winners was Soul Gallery, taking home three awards: Best Retail, People’s Choice and Best of the Best, all of which gallery owner Lisa Voigt said were “quite unexpected”.

Voigt said she decided to enter the awards this year to support the business community.

“After such a tough year for everybody, we thought it would be really nice to be part of the community and celebrate.”

Voigt will have owned Soul Gallery for 10 years next February. She has a background as an artist and found she wanted to provide an art space for others like herself.

“I wanted to make my own stamp, and really stick to New Zealand made.

“I love helping emerging artists get out there, as well as helping established artists create new markets for their work. And, of course, providing a place for people in Hamilton to come and appreciate all this talent we have.”

She said Covid-19 was hard, but it offered a good opportunity to step back from the business.

“It was like a forced holiday for everybody. We took that time to realign some of our priorities and that’s been to our benefit. It was a huge learning exercise.”

Voigt believes the thing that made Soul Gallery stand out in the awards was down to how it treats its customers.

“When I say customers, I don’t just mean people who come and buy our jewellery or art, but the artists themselves, because they are our customers too.

“If they didn’t feel comfortable giving us their art to exhibit and sell, we wouldn’t be here.”

Voigt said being situated on Barton St was awesome.

“The CBD is really supportive, we look out for each other. We are constantly sending people to each other – like if someone comes in here looking for something we don’t have, we point them in the direction of somewhere close by that would have it.”

She said she was really grateful to the Hamilton Central Business Association.

“It’s obviously been a tough time for them as well. To pull together and continue what they’re doing with the promotion of the CBD is awesome.”

“It’s a massive privilege to be in this part of the CBD where I’m surrounded by incredible women in business, including Soul Gallery just next door. The fact that I’m in the same bubble as them is really cool.”

Mahoney opened her business in January this year 18 months after starting a home-based practice.

“We were open for nine weeks before lockdown, when we were shut for seven weeks. When we re-opened after lockdown, it was like opening all over again.

“People were literally banging our doors down at the end of lockdown. When I opened up the bookings at level two, I got 60 bookings in four minutes,” Mahoney said.

Before lockdown Mahoney had one staff member, and since re-opening LAB Brow Bar has grown to seven staff members.

“It’s been an insane first year of business, so this is pretty good validation for how hard we have worked,” she said.