Waikato and Bay of Plenty company Cantec Services Ltd which, in Managing Director Brendon McLean’s words, “paints anything that does not move”, opened its new fit-for-purpose building and Hamilton HQ at the end of October.

Situated on the corner of Tahi Street and Norton Road, the multi-million-dollar long-run steel and cedar structure is a huge step up from the “tiny lockup” near the Frankton Saleyards that Cantec used when the company first expanded into Hamilton from Rotorua in 1989.

Cantec was established the previous year in Rotorua by two Waikato men, journeyman Claude Lundeberg and quantity surveyor Neil Waites, right after the financial crash. However, despite the timing, within a year they had expanded their business into Hamilton. 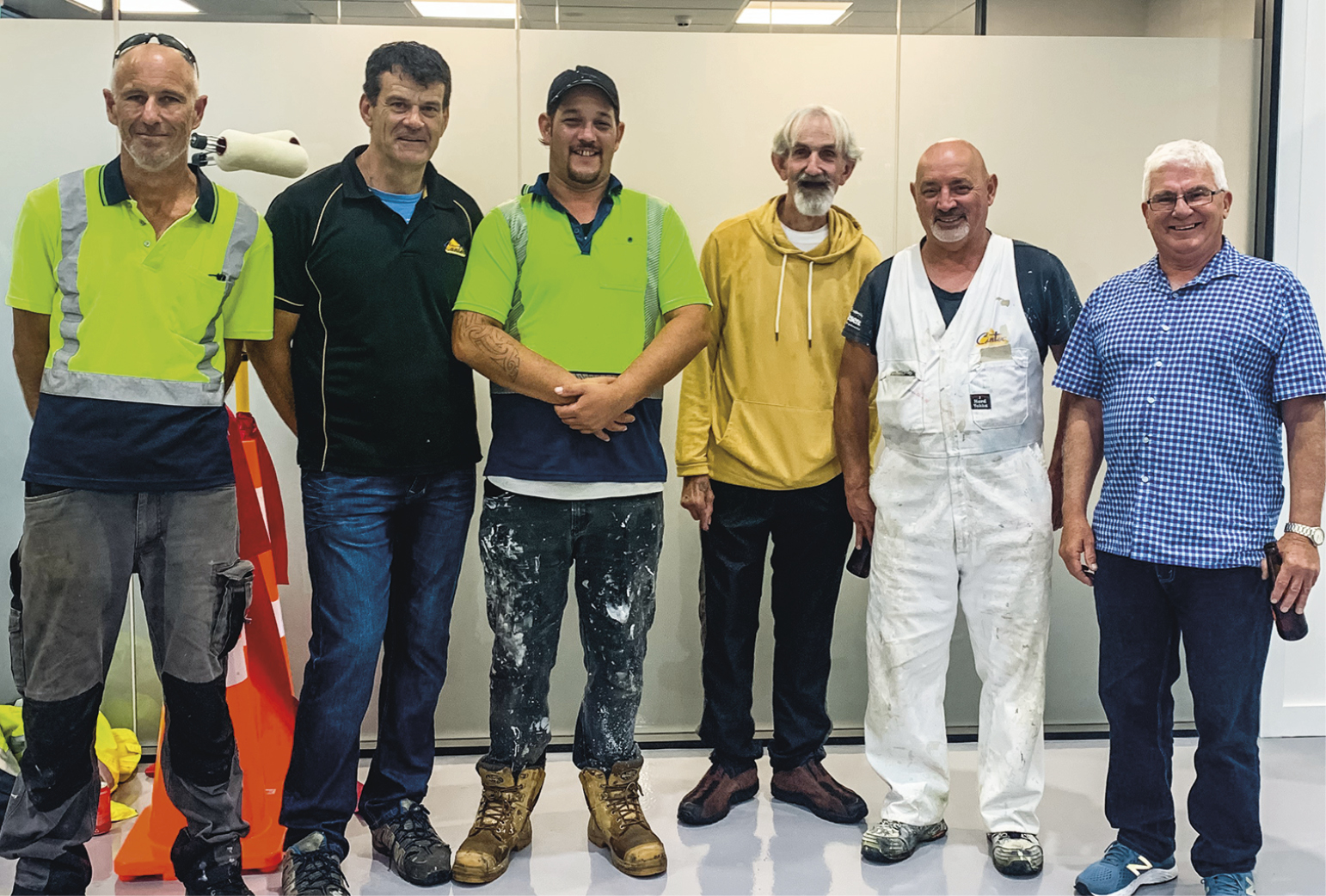 The Hamilton business started to become an established presence in the Waikato construction industry when joined by now senior quantity surveyor Tony Keown in 1990. Tony’s input over the last 30 years has been a major contributor to the company’s growth.

Nowadays Hamilton is the busiest of Cantec’s three branches (the third is in Tauranga) and has 40 staff in the field (30 full-time painters and 10 full-time roofers).

Brendon who, as a newly minted tradesman, started sweeping floors with the company in Rotorua 28 years ago, has been able to watch the progress of the new build from Cantec’s cramped temporary accommodation directly across the road.

But his workspace changed not long after 6am on Friday, October 30, when a work gang, taking advantage of a quietish Norton Road pre-rush hour, moved the final stock and office equipment across the road into the new building. 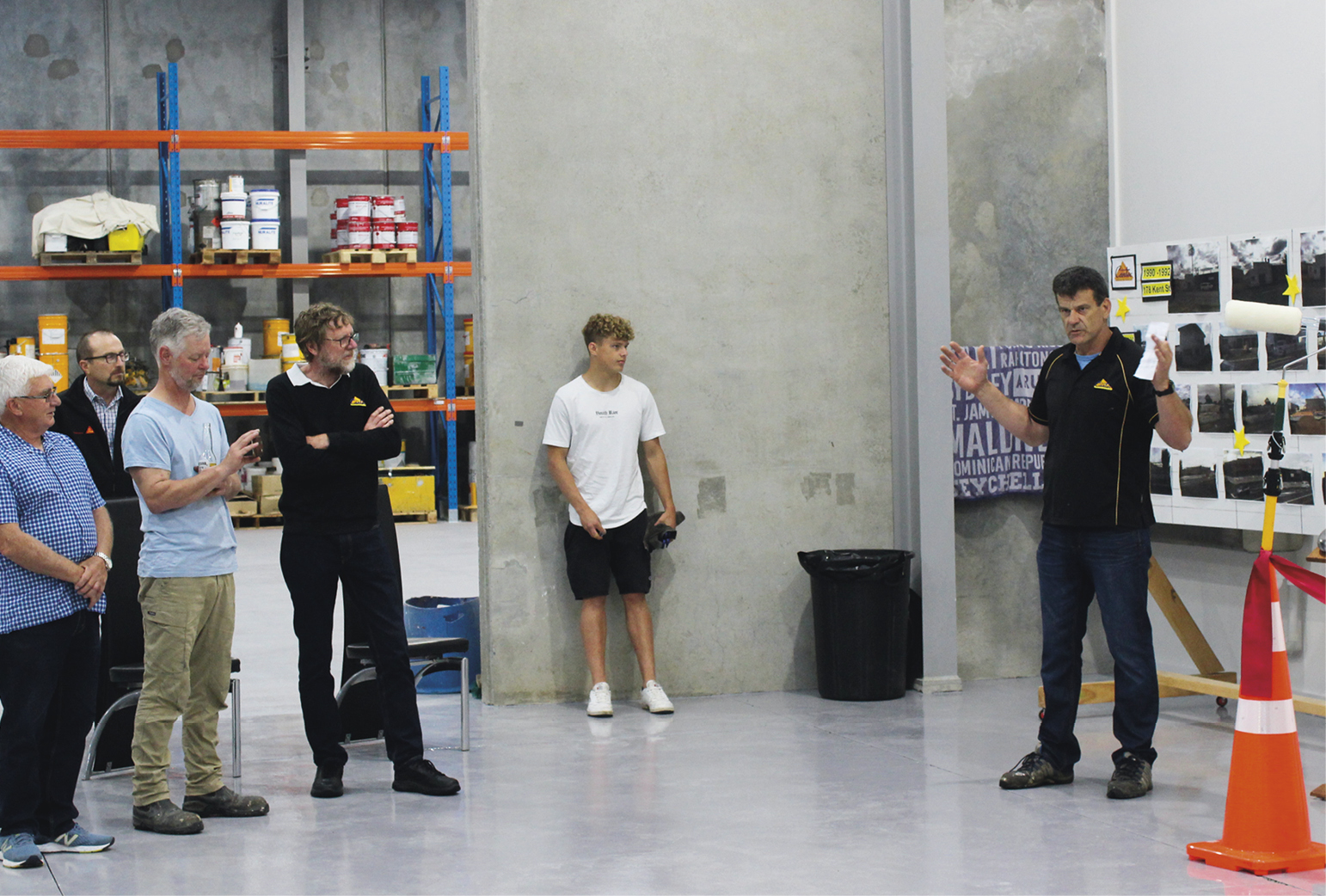 The new build is nearly three times the size of the old 118 Norton Road premises which, at just 500 square metres, had Cantec’s five Hamilton management and administrative staff crammed into two offices and a repurposed flat.

Brendon, who has worked alongside Wayne on many projects through the years, says the “contract” for the building, designed by Nick Crossfield at Studio4architecture, was sealed on a handshake. The signatures only appeared some time later when the banks got involved.

The new building is designed with 5-metre-high roller doors on both Tahi Street and Norton Road which are designed to allow delivery vehicles drive-through access on an otherwise busy corner.

Cantec’s new build has five offices for two full-time quantity surveyors, two project managers and Brendon. In addition, there is a large office where plans can be laid out for discussion and planning meetings. A boardroom with deck, a lunchroom, and a reception area
complete the set-up.

In line with council specifications the new build has 10 percent of the land area designated as green space which has been professionally landscaped.

While many companies would not get directly involved in the construction of their own premises once the contract had been signed, Cantec did have their own staff involved in
the new build. 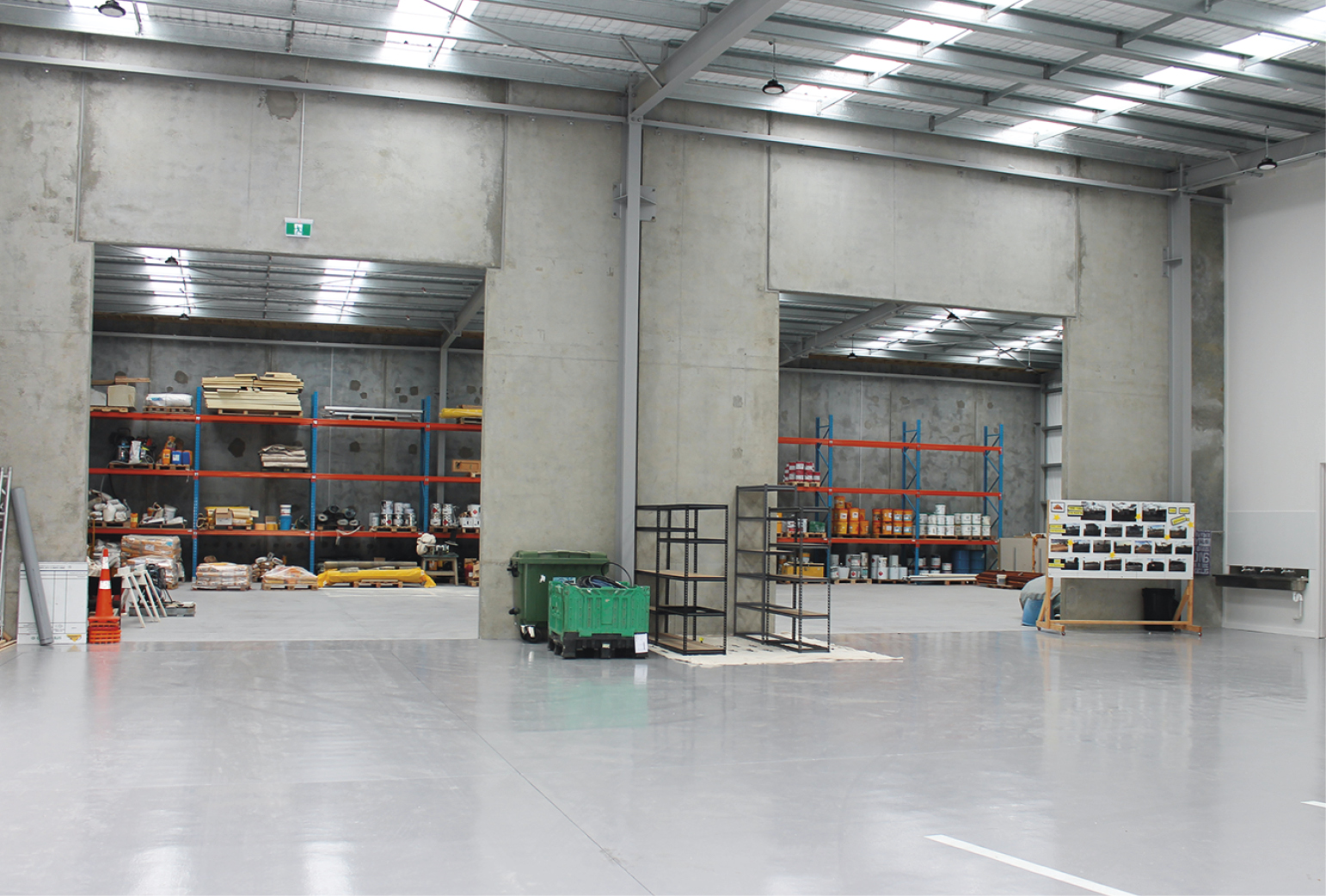 After all, who better to trust with the painting of the building, the membrane to the roof gutter, jointing to the concrete panels and specialist coatings to the floors? On top of a full order book, Cantec management juggled six crews working two-day stints for a month to complete the painting, finishes, and sealing.

Brendon notes the building will be largely maintenance-free.

“The beauty of the design is the only element we have to reach is the 2.8 metre vertical cedar strips, and these can be maintained using a ladder with no need for scaffolding.

The cedar is painted in a wood stain, and the storeroom floor is coated with Sikafloor-264 – a light grey two-part epoxy industrial floor coating, while the concrete walls have had a clear water repellent treatment.”

However, working on their own building did not mean the Cantec teams could drop their standards. A fresh pair of eyes, in the form of recently retired Neil Waites, who is Brendon’s partner in the building, was called in to inspect the job – it passed, but only once Neil’s notebook of points had been worked through to his satisfaction.

The building was opened for business early on Friday, October 30 with a blessing by a local kaumātua and opened by a local MP. The staff and guests gathered for a drink to celebrate at 2pm that afternoon. 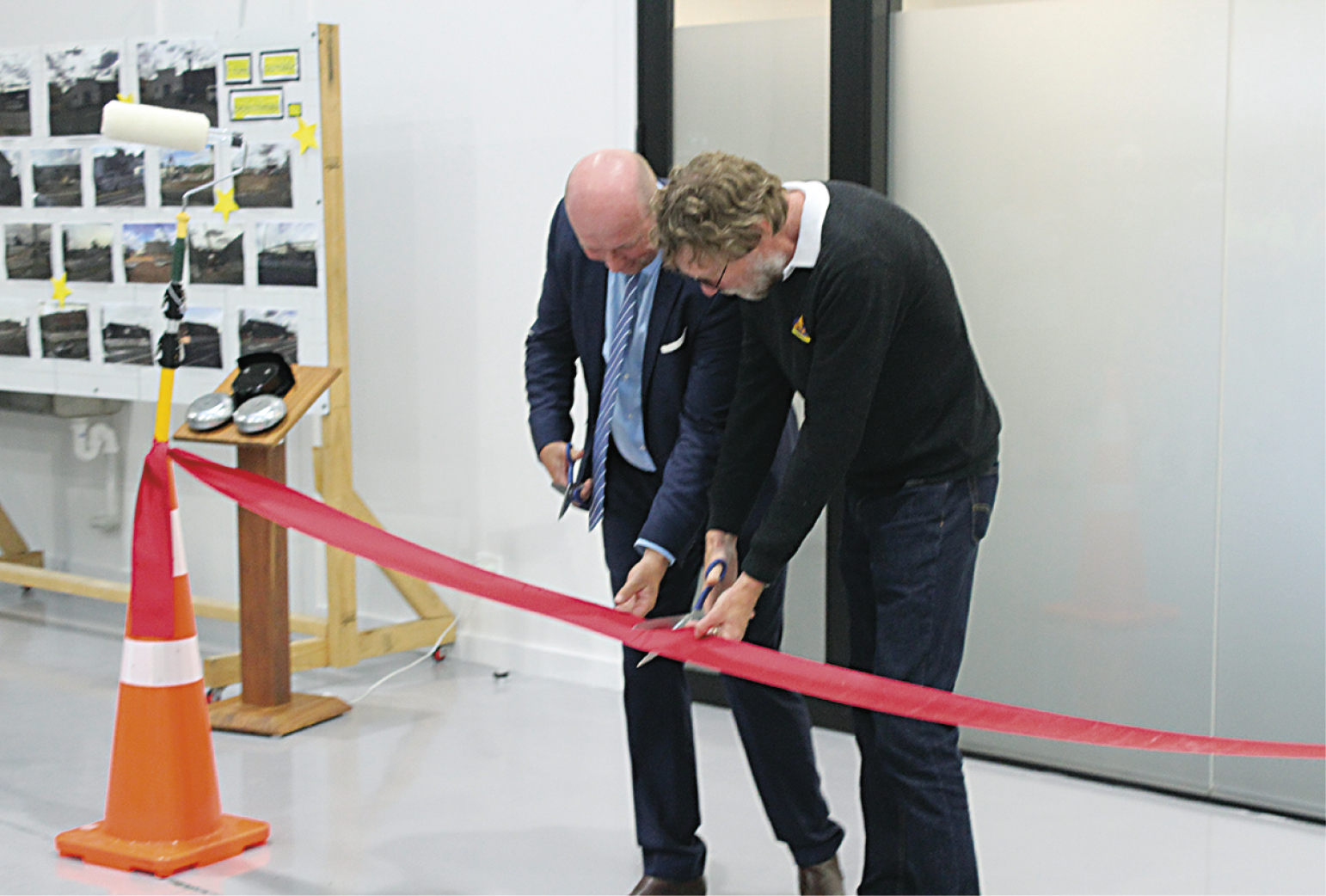 This makes for a company whose staff are family, and Brendon notes he has experienced all the highs (such as watching staff member’s children grow) and the lows (such as marriage breakups).

Cantec values Fonterra, Wintec, Waikato Kindergarten Association and both Waikato and Braemar hospitals as regular clients. Their respective complexes are quite large and provide a great variety of interesting and sometimes challenging projects for the Cantec staff.

“Some of the guys are on those sites permanently and haven’t seen their workmates since our last workshout,” Brendon notes.

One good example of the variety and scope of some of projects they encounter on these sites was the Waikato Hospital’s emergency wing, a job in which Cantec covered  the full building envelope in carrying out membrane roofing, painting works and below ground “tanking”, the specialist laying of a
non-porous membrane to ensure water-tightness of a building. So sure are they of their work, Cantec has given the hospital a 50-year warranty for the tanking works.

When finished the new village will include 264 homes, a village centre with recreational facilities, a care centre offering rest home and hospital-level care, and a state-of-the-art memory care centre.

It has been, says Brendon in an understated manner, a major job but then the company is accustomed to those.

Cantec is busy as usual and their new building will be a great asset and a lively place in the years to come.