A heritage building in central Hamilton has been given a new lease of life with the opening of a Ramada by Wyndham hotel.

The 69 room hotel on the corner of Victoria and Collingwood Streets features a new streetfront restaurant-cafe-bar as well as an onsite gym available free for guests.

Hotel general manager Perry de Jager says Wyndham took over the building as a shell, with the owners committed to a multi million dollar redevelopment.

De Jager arrived in March last year, when it was branded as a Days by Wyndham, but with the refurbishment almost complete it has transitioned to the more upmarket Ramada brand. 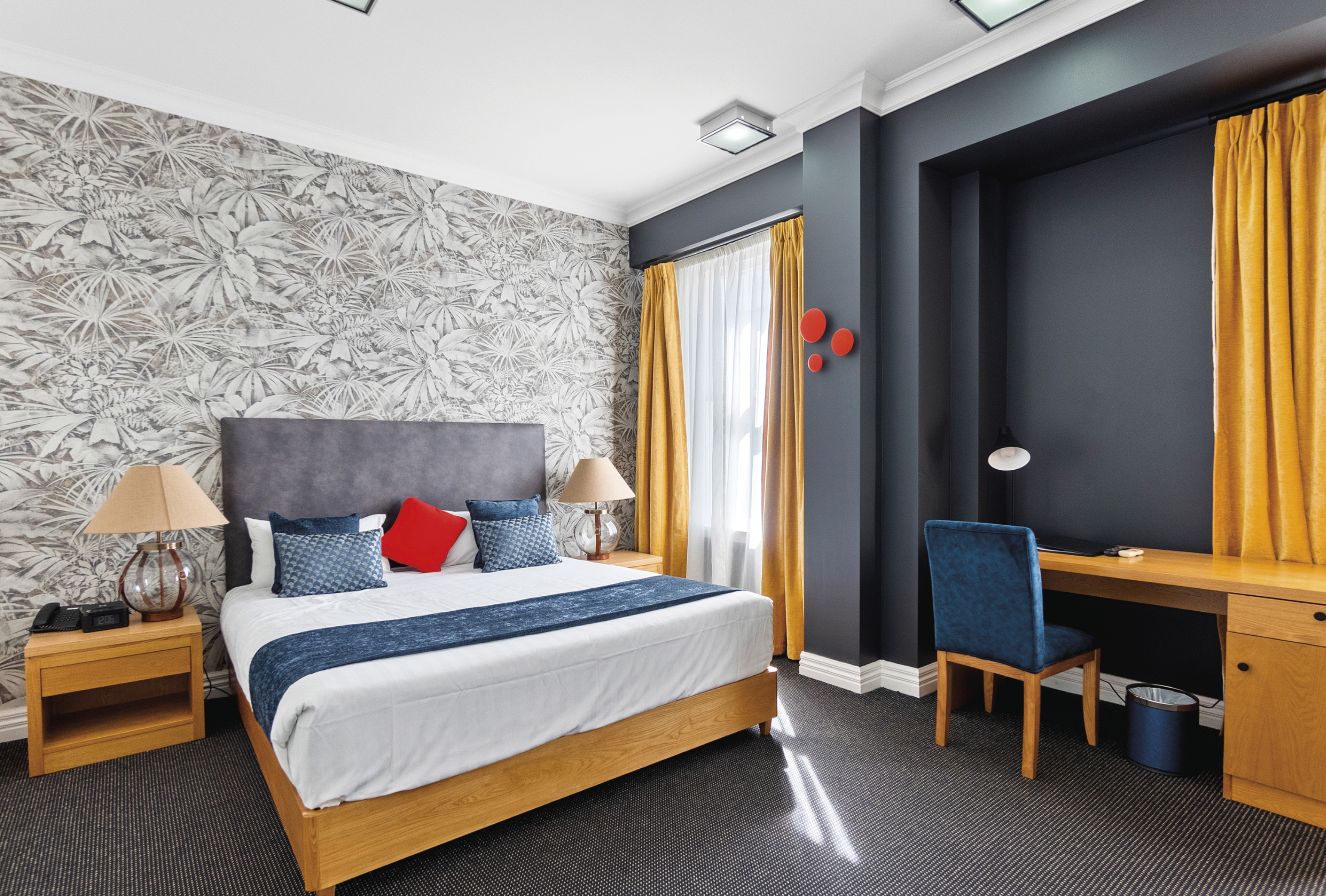 A room in Ramada by Wyndham

As a relative newcomer to the city, after a globe trotting career taking in Europe and Africa and more recently Christchurch and Auckland, de Jager is impressed by the supportive scene in Hamilton.

“I based my career out of Christchurch and Auckland. There, you have your amalgamation of groups, but everyone sort of fights for their own. Hamilton is different. You’ve got a really good leader in Hamilton & Waikato Tourism in the form of Jason Dawson. We have regular hotel GM meetings and we can see that if we can fill up Hamilton it benefits everybody.

“So we’re happy for Hamilton & Waikato tourism to get the conferences for business events. Jason goes out and sells us as a package, which is wonderful.”

The impact of coronavirus is inescapable; now is the time they would expect Korean and Chinese tour buses to be arriving, and the uncertainty around large gatherings has also played havoc with the Claudelands offering, while Auckland’s second lockdown hasn’t helped. 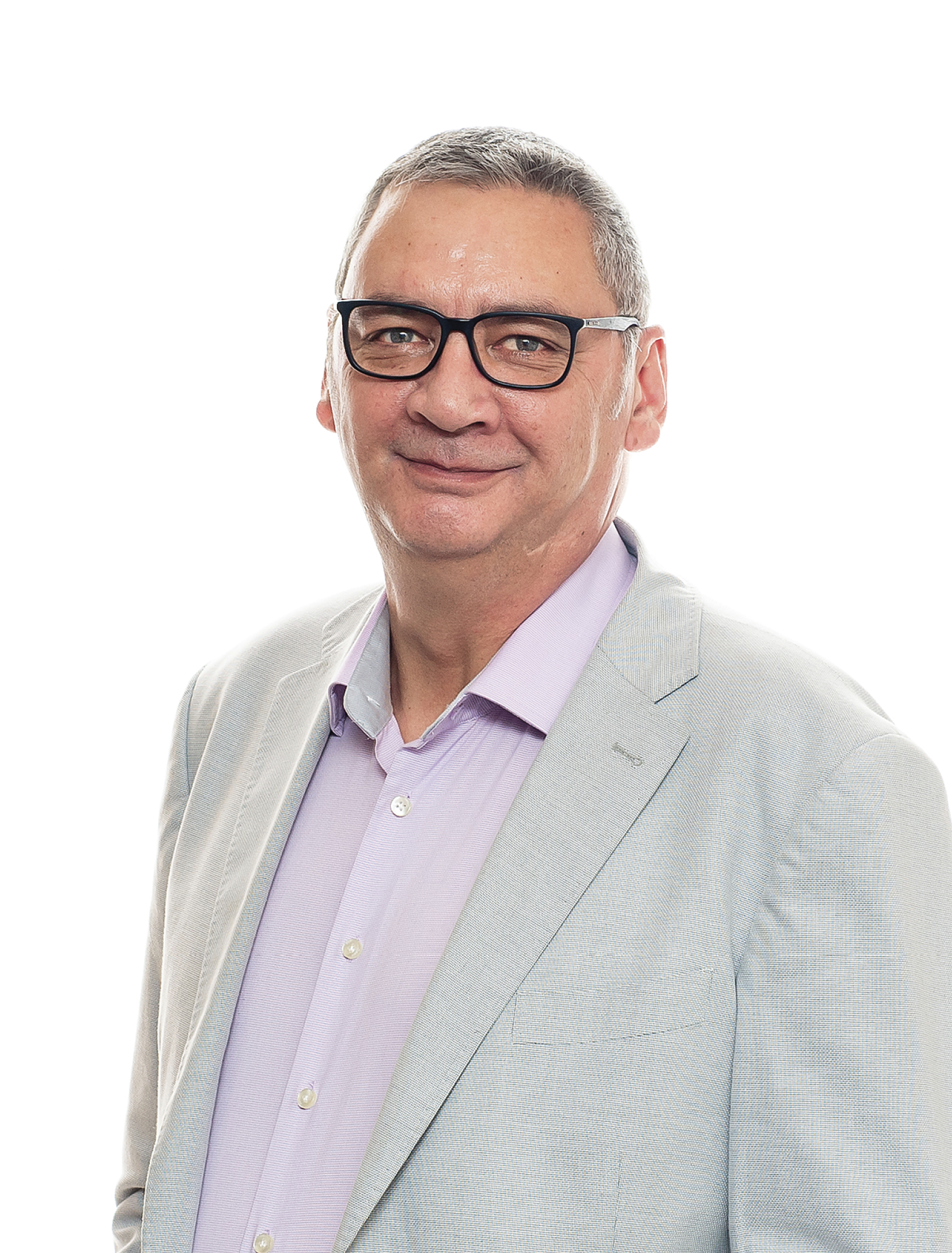 However, the relative lack of exposure to international tourism is helping, along with the fact that three hotels are isolation facilities, reducing the city’s overall number of beds. In July at level one, de Jager says all the hotels were filling up. He points to big events in the pipeline, including an international dragon boat festival in 2022 and the delayed Women’s Cricket World Cup the same year.

De Jager speaks positively about other operators in the city and region, and says there has been an influx of new hotel general managers to Hamilton bringing new ideas and cooperating with each other, supported by Hamilton Central Business Association and Hamilton & Waikato Tourism.

The hotel will, like other Ramadas, seek a Qualmark rating, which de Jager expects to be three and a half to four stars.

He says they are aiming at the midscale, affordable section of the market, and promoting the hotel’s central location, close to the SkyCity casino and within walking distance of events at Claudelands Event Centre, the rugby stadium and Seddon Park. It is also within a comfortable drive of  Waitomo, Hobbiton and Rotorua, he says.

Half the hotel’s rooms have been refurbished, leaving the apartments and economy and studio twin rooms to be freshened up in the new year.

The new eatery and bar, Sisterfields, opens up onto Victoria Street, while the verandah on Collingwood Street is being given a boost with planters and tables. Sisterfields, which will be open from 6.30am till around 9pm, is run by the operators of Cucina on Anglesea Street and Clarence Street Cafe.

Old-style safes are a feature of the hotel’s entranceway on Victoria Street. “They were just too big and heavy to move so the architects said, well, we’ll embrace it and put it in as part of the design,” de Jager says.

An upmarket burger bar is planned for the remaining streetfront space north of the lobby, and the hotel also has a conference space beside the restaurant.

Upstairs, the refurbished superior rooms overlooking Victoria and Collingwood Streets boast sash windows that retain their heritage feel, while the apartments – two bedrooms with lounge, bathroom and kitchen – have balconies with views over Victoria on the River.

A hallway is decorated with black and white photos tracing the hotel’s history, including one showing the four likely lads who started the whole thing off.

The Commercial was first built on the site – in what was then a paddock – in 1872, making it one of the earliest buildings in central Hamilton. Constructed from timber, it burned down in the late 1800s, and again in 1931 before a rebuild using concrete which has stayed
the distance.