Frustrated Waikato business owners say opportunities are slipping away and staff are under huge emotional strain because of Immigration New Zealand’s opaque communication and slow response to applications.

They say rules keep changing and appear unfriendly to small businesses, which face a compliance burden every time they support a worker for a visa or residence application.

Rocketspark co-founder Jeremy Johnson complained to Immigration NZ after a key staffer had her application for residency stalled in the bureaucracy for 17 months – after which time she is yet to be assigned a case manager.

Meanwhile, Automatic Door Services director Andy Marsden has gone around the agencies in a desperate attempt to get an exemption for a skilled staff member stuck in India during Covid-19
restrictions.

Cambridge-based immigration adviser Matthew Gibbons says residence applications, apart from a very small category of people, are taking about 18 months or more to get a case officer allocated.

“That is a significant increase from what we were seeing a couple of years ago. So it is causing a lot of distress for people.” 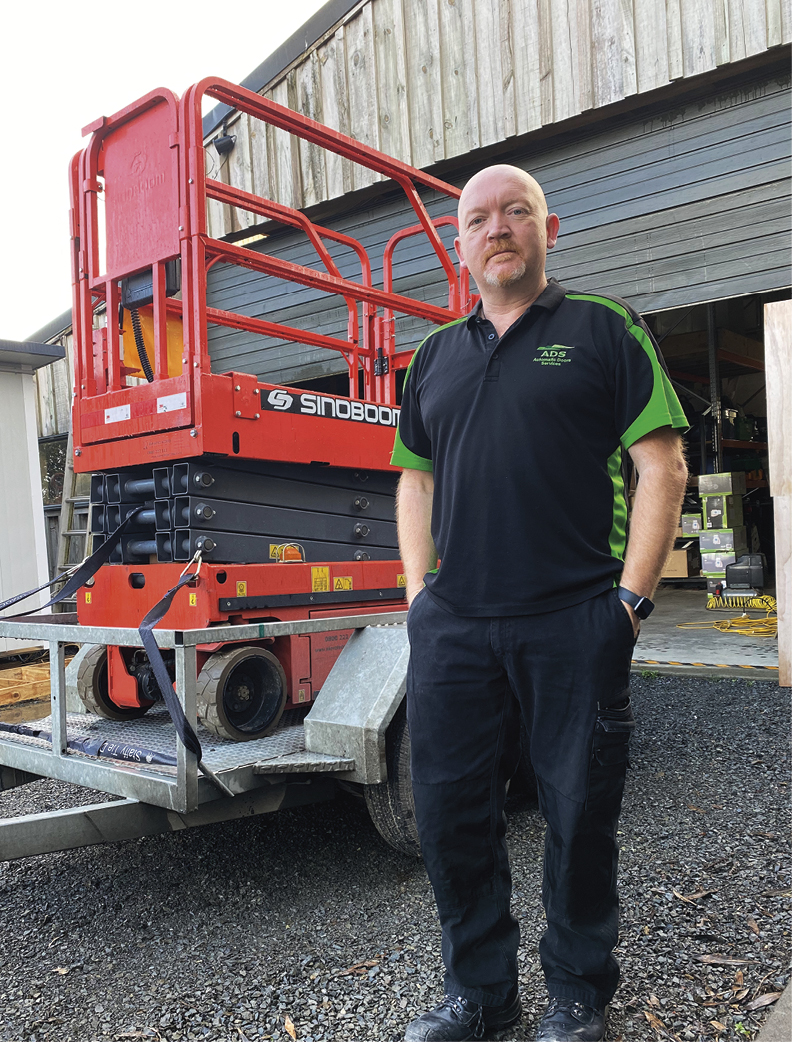 The group is pushing on several fronts, including seeking greater clarity around the exception pathway and lobbying to see processing times come down.

They have also met with new Immigration Minister Kris Faafoi about the stress, anxiety and depression faced by some migrants. “We want to try and get some communications from Government and from Immigration New Zealand to migrants to at least give them some signposting, some clarity as to what is or is not going to be happening any time soon.”

The Cambridge-based software firm was confident she cleared the threshold to be given residency when they started the process two years ago, with the expectation of a decision within six months, based on information on Immigration NZ’s website. She had flourished at the web-building firm, after joining three years ago, and had been promoted to her current position managing a team of five.

The founders say people with her skill set are difficult to attract to Cambridge, and point out her performance in the role has enabled the hiring of further New Zealand residents. She has made Cambridge home, following a short stint in Auckland after she gained a Masters in Management Studies majoring in marketing at Waikato University. She is, Grant Johnson says, “a good citizen and a good team member”. However, with no certainty, she faces the possibility of returning to China. One small win after the firm pushed her case was the recent extension of her visa from January to April, in line with a general extension made by the government.

Fei says the rules have changed while she has been waiting, with the introduction of a two-tier system that gives weight to high income earners.

Gibbons backs her view. The only categories being processed more quickly are high income earners with salaries of $106,000 or more annually or occupations requiring occupational registration, he says. “Everything else is sitting in the queue.”

Jeremy Johnson says the salaries being given preference are outside the reach of most small firms.

“We’re a small business, helping small businesses and this is a major handbrake for us,” he says. “It doesn’t feel like a small-business friendly approach.”

Gibbons frequently deals with people in Fei’s situation, and says they are usually successful in gaining a further temporary visa because, by definition, they are skilled migrants.

“But it’s far from certain, and it’s causing a lot of anxiety and distress to people who have made plans for their long term future and find themselves in a very uncertain world whilst their residence [application]is just sitting in a queue.”

And while the minister recently exercised new powers to issue a six-month extension for work visa holders, it did not apply to their family members, which Gibbons thinks was a mistake that will create more work for Immigration NZ as spouses and children apply for an extension.

Even worse for Marsden, another key worker, Harwinder Singh, is stranded in India, where he had returned home for a visit, with no indication of when he might be able to return.

Marsden says local MP Louise Upston has given “fantastic” support, but he is unimpressed with the government agencies he has dealt with, which include Foreign Affairs and MBIE as well as Immigration NZ.

“It all comes down regularly to lack of communication,” he says “Unless you are really fortunate and have the right people on your side there is no straight line of communication with anybody at Immigration NZ – there is a blank wall.”

ADS won recognition from MBIE that part of its business was essential during Covid-19 level four lockdown, in recognition of its role making essential premises secure.

“At this point I thought, home free, we’ve got it.”

But he says when he forwarded the email to Immigration NZ in expectation of getting Singh back into New Zealand, he discovered MBIE’s acceptance made no difference.

Marsden says Singh, who he describes as his “right-hand man”, was expecting to submit his application for residency in September, and his skilled migrant work visa comes up for renewal in January. “So we’re in a bit of a worried position now, given the timeframes that we’re seeing.”

Marsden says when Singh phoned Immigration NZ, he was told they could find nothing in relation to his exemption application. Marsden has even offered to pay for quarantine. “Imagine how isolating it is overseas. Everything you have has been moved to New Zealand, it’s in a house in New Zealand,  you don’t even know when you can go back to that country to go and get it, let alone go back and start your life again.”

Gibbons says in his experience the problem is lack of action, rather than a failure of communication. “Generally speaking if I contact Immigration New Zealand, I get a response from them but not necessarily the response I want. If I make a request for a case to be escalated so it gets processed I nearly always get a decline. Immigration introduced a system to escalate cases and it is granted only in very rare circumstances in my experience.”

As for the delays, he thinks both rising demand and an Immigration NZ decision to close offshore branches are contributing factors but not the whole reason.

Cambridge Chamber of Commerce chief executive Kelly Bouzaid describes the situation as a “mess”. She asks why some get approved while others don’t, after writing successfully in support of a local chef whose visa had expired. She says the first two approaches, before he was approved, involved the restaurant being told they could hire a Kiwi. “Actually here and now that’s not really the answer for business continuity in amongst a pandemic.”

The toll on small firms such as ADS and Rocketspark, lacking the resources of large firms, is challenging, and is potentially holding back growth of jobs for New Zealanders as well as migrants.

“When you believe you’re operating with complete integrity, and it’s the right person for the job and you’re growing the New Zealand economy, that’s when you start to get a bit testy,” Grant Johnson says. “We are pretty placid but we’re getting ticked off.

“We’re pretty realistic  in terms of it [Covid-19] is a one in 100 year event. But it wouldn’t be that hard to provide some clear guidance.”

Gibbons: “I think throughout all of this, what we would love to see is a little bit more guidance, a little bit more signposting as to exactly what is or is not likely to happen. I do understand that these are extremely unusual times. But I do think there’s been quite a lot of time to try and work through these issues to get more policy, more planning as we move forward. And if that means giving people bad news, so be it, but at least let people know where they stand.”