There are some things you can’t prepare for.

Two years after starting as acting Wintec chief executive, Dave Christiansen gained the role permanently on 1 June. Whatever plans he may have been quietly hatching during his “two year interview for the job” have been thrown out the window; he takes over as the institute grapples with the immense impact of Covid-19.

His organisation is more central than most to the recovery, and is working with Waikato business as it formulates its response.

Wintec has been setting up an engagement team led by a member of the executive to get out and talk to industry sectors about their Covid-19 response training needs.

“Our focus has been on thinking about being part of the solution of how the economy in this region rebuilds,” Christiansen says. “As people get laid off, and people are unemployed, what are the training opportunities?”

In some cases, short-term training may help people transition from one industry to another. 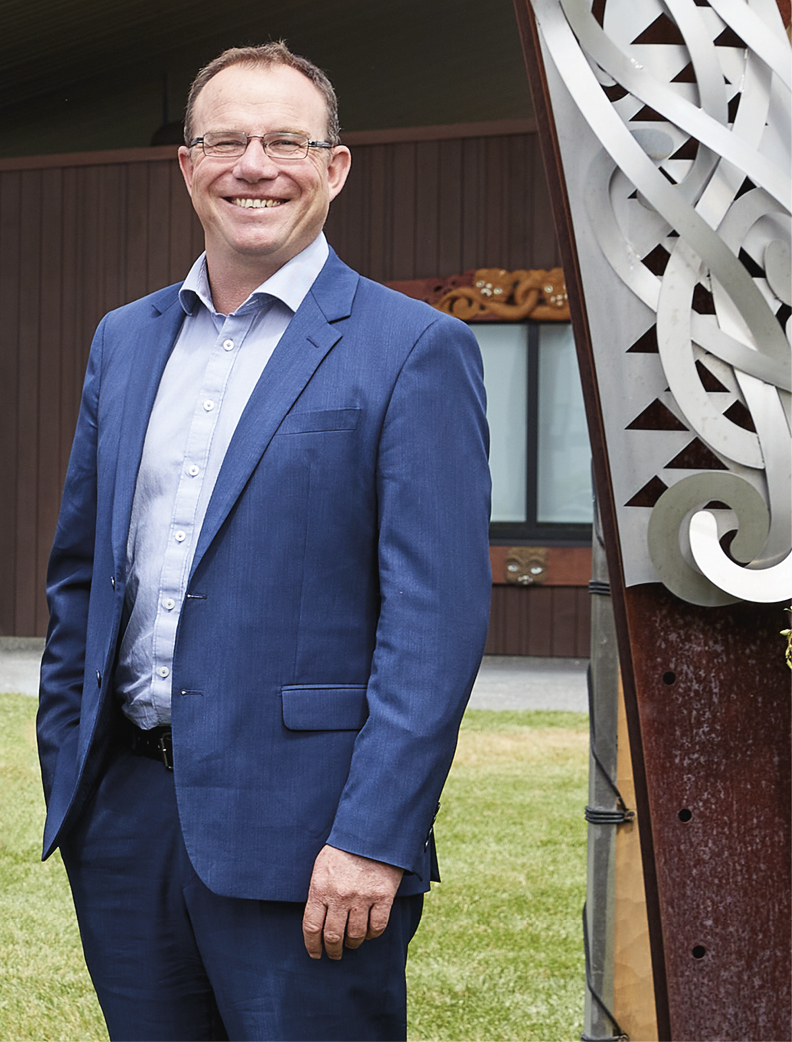 That may involve a combination of offerings, including shorter reskilling courses and micro-credentials that institutes would not normally be funded for.

Christiansen sees a “real willingness” in the Tertiary Education Commission and the Government to look at a range of solutions.

He says Wintec is already working with Waikato agricultural contractors and connecting to a national response to address anticipated agricultural machinery operator shortages caused by border closures, noting that up to 5000 seasonal contractors are usually employed in New Zealand from September to April.

Christiansen says there are also new and updated delivery partnerships with Waikato Māori for horticulture and construction skills training, along with work to expand health sector provision at regional sites, particularly enrolled nursing and Certificate in Health and Wellbeing.

The focus is also central to the newly established NZ Institute of Skills and Training, based on the Treaty partnership.

“Learner success for Māori and Pasifika in particular, are really central to fixing the inequity in outcomes.

“And that is an area that’s getting massive focus at the moment. When we talk about industry engagement, it’s as much about how we engage with iwi and other groups, and the Pasifika community to find out what we can do. How can we help the people that are struggling?”

While the need is immediate, there’s no knowing how long the response to Covid-19 will take.

“In terms of timeframe, the reality is, on the one hand we’re trying to look for where there are short-term solutions needed soon, what are they and what can we do to get them in place? But this is going to be something that goes on for 18 months, two years, three years. We’re in significantly uncharted waters.”

Wintec itself has taken a hit as the virus has a dramatic impact on the education sector, particularly the international market.

Christiansen says they will probably see a drop this year from a potentially record high for the institute of 1400 equivalent full-time international students to about 950. That means a roughly $2.5- $3 million drop in revenue, he says, a figure that rises further when all international-related activity is taken into account. “It’s a significant hit to the bottom line.”

Impacts have been felt from Saudi Arabia to China, where the institute has colleges, and in Indonesia where it has an MFAT contract around geothermal industry workforce development.

In some cases staff are distance teaching, while the institute is doing what it can to keep overseas students engaged.

Some international students come with the intention of returning to their home country, while others hope to stay. Both groups are of value to New Zealand, Christiansen says. But perhaps the perennial equation has a new calibration. “If the borders are reopened, I don’t doubt that there would be some strong demand from a lot of markets.  At the same time, you know, the reality is, how much priority do we put to retraining New Zealanders?” he says.

“It’s not realistic to pretend there isn’t a tension there. It’s how we handle in a really mature fashion without it turning into one of these ugly conversations that you’ll typically get in certain overseas countries.”

That sees Wintec being “prudent” with spending, he says, but not looking to lay off staff. “My view is this is a one-off external event. Yes, it may be long standing in terms of the impact it has but this is one of those times when you’ve got to have that bigger picture view of what’s going on.  Every organisation just thinking of its immediate short-term interests, funnily enough, isn’t necessarily acting in its own long-term interests, because if everyone contributes to the recession, if everyone accelerates a reduction in spend, we just create a problem for ourselves.

“But equally, we know there’s going to be demand for training now as a result – there are serious numbers of people losing jobs, there will be a lot of school leavers not finding it easy to walk into employment like they have in the past.

“It is illogical to lay off good staff and capability, not only adding to the recession but [because]we know we are going to need those people, if not this semester, then next year.  So we just need to take the hit. Obviously, we will be prudent with other expenditure and try and minimise the impact as much as we can.  But not to the point of adding to the recession and not to the point of impacting on capability and capacity.”

Wintec chief executive Dave Christiansen is already seeing benefits from the newly established NZ Institute of Skills and Training, which is recruiting as it looks to set up its headquarters in Hamilton under chief executive Stephen Town.

The advantage of having a single cohesive voice for the sector is being felt, he says, at a time when there is a lot of talk about innovative changes, potentially including the funding for delivery of much smaller pieces of learning than the standard qualifications.

“Previously that would have been 16 ITPs (institutes of technology and polytechnics) separately trying to lobby government agencies for change or trying to work collectively. But now there is one coordinated voice.”

Wintec has also been working with industry pitching Waikato as a base for the planned construction centre of vocational excellence (CoVE).

CoVEs are being set up as part of the review that also led to the establishment of NZIST, and are intended to play a significant role in driving innovation and excellence in vocational education, by strengthening links with industry and communities. The first two will be for construction and the primary sector.

Christiansen says a consortium of local construction leaders have put in a bid, and should hear within the next few weeks whether they have been successful.

Wintec is playing a supporting role, he says. “It’s really important that these things are actually industry-led, that’s part of the whole ethos of the reforms.”