On November 26, 2019, the 10th edition of the Agreement for Sale and Purchase was released. This was a big event for lawyers, legal executives and agents working in the property industry. The standard Agreement for Sale and Purchase is used for the sale and purchase of the vast majority of properties in New Zealand – rural, commercial and residential.

The 10th edition made substantial changes to the previous version. Some of the changes benefit the seller and some of them benefit the purchaser. Most of them are in keeping with changes in common practice and were made in response to issues which have arisen in the past.  Four of the most significant changes affecting sellers and buyers of real estate are described below.

A new warranty (or promise) by the seller has been included. This warranty is another significant in-road into the “caveat emptor” or “buyer beware” principle which is the basic principle for any sale and purchase of land. The effect of the new warranty is that the seller is liable to the purchaser if the seller doesn’t disclose any knowledge or fact which might result in legal proceedings by or against the seller in respect of the property. Legal proceedings is defined widely to include all dispute resolution, including mediation. Sellers will need to think very carefully whether they are caught by this warranty. This will be particularly important for farm properties subject to a large number of legal obligations -including those imposed under the Resource Management Act and the Building Act, by the local authority and, in the case of a dairy farm, by the dairy company,

2. Chattels, plant and fixtures
It has always been the case that items which are “chattels” must be listed in the agreement to be included in the sale whereas items which are “fixtures” will be included without being listed. This is because the law regards fixtures as part of the land. Because it can sometimes be difficult to tell if an item is a chattel or a fixture, it is best to include the item in the agreement to avoid a dispute. 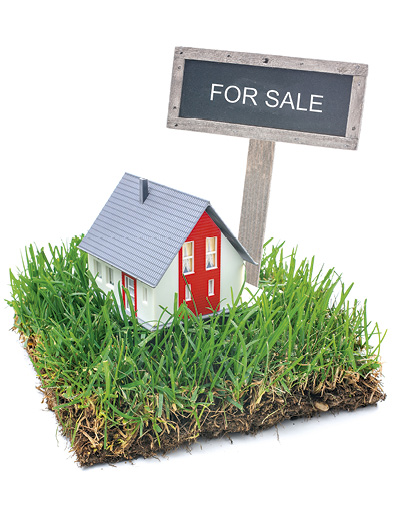 Chattels, plant and fixtures are now included in the 10th Edition as “operational” or “non-operational” items. Examples of operational items in a dwelling are stoves, dishwashers, burglar alarms, automatic garage doors and air conditioning systems. For the sale of a farm there are often numerous expensive items of farm plant and equipment included: milking shed plant and equipment, irrigation systems, water pumps, feed systems, electric fences and effluent systems with pumps and irrigators. The seller promises to deliver the operational items listed in the agreement in reasonable working order, but in all other respects in the same state of repair as at the date the agreement is signed (fair wear and tear excepted). The seller will be giving no warranty about the working order of an operational item unless it is listed in the Agreement. This is a major change from the previous edition of the Agreement, where the seller gave a warranty about the state of operational items even if they weren’t listed in the Agreement.

The seller promises to deliver the non-operational items listed in the agreement in the same state of repair as at the date the agreement is signed (fair wear and tear excepted). (Fair wear and tear is gradual deterioration from normal use or exposure to weather.) Examples of non-operational items are: furniture, floor coverings and removable sheds.

Sellers and purchasers should ensure all items being sold are listed in the agreement and described correctly as operational or non-operational. For sales of farms, where there are usually many items of considerable value, this will be particularly important. For purchasers, if items are not included or not described correctly, they won’t have the benefit of the relevant warranty. Sellers should understand their obligations to deliver the operational and non-operational items on settlement in the state they have promised. For some items both purchasers and sellers may wish to negotiate amendments to the Agreement to expand, exclude or amend the standard warranty.

4. Deductions from the purchase price
For some time the Agreement has included a process to allow settlement to proceed when the purchaser raises a claim before settlement. This process provides for the amount of the claim to be set aside and held by a stake holder. The purchaser’s claim is then settled later. Under the 10th Edition the purchaser now has the right to claim in a wider range of circumstances – for breach of a term of the Agreement, misrepresentation by the seller and breach of the Fair Trading Act (which applies when the sale is “in trade”). Farm purchasers in particular will benefit from the additional grounds. Under the previous version of the Agreement there was uncertainty about the grounds for claims under the clause.

An area of law “replete with technicalities”

As a learned Court of Appeal Judge said in a recent landmark case, this area of law is “replete with technicalities”. Despite an often held view that selling and buying property is merely a form filling exercise, the volume and extent of cases that have come before the courts prove otherwise. There is a lot of money at stake. Those undertaking the process without appropriate professional advice do so at their peril.