“It’s getting really scary out there.” Those were the words ANZ chief economist Sharon Zollner used to open her address at the Waikato Business Summit.

In a bracing, fast-paced talk, she gave a pessimistic view of the potential impact of coronavirus on the global economy and New Zealand.

She was speaking at the Hamilton Gardens Pavilion, where about 220 community and business people attended a day of discussion themed as “Business & Community: Purpose Beyond Profit”.

Zollner described the coronavirus outbreak as an unprecedented shock. “There’s going to be all sorts of aspects to it that take us by surprise,” she said.

“It is rapidly changing from a short sharp shock to one trading partner to a longer shock to the world. We are revising our forecasts every week and still feel like we are not keeping up with this thing.

“If the virus establishes in New Zealand then all bets are off. Even if it doesn’t, it’s spreading rapidly around the globe.” 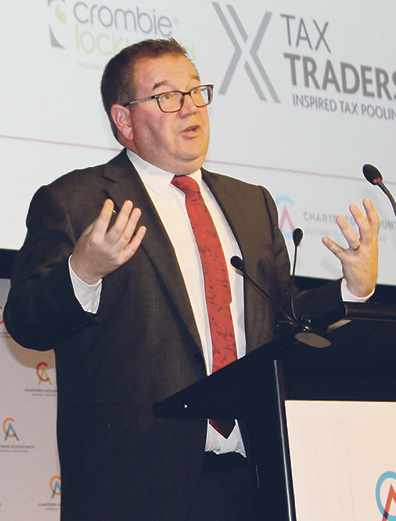 In the wake of the 2008 GFC, China, with its focus on infrastructure spending to get through the global financial crisis. was the “get out of jail free card” for New Zealand and Australia.

“This time it’s where the fire is.”

Her view was notably more pessimistic than that given by Reserve Bank Governor Adrian Orr earlier in the week to a lunch hosted by Waikato Chamber of Commerce and the Institute of Directors, and also Finance Minister Grant Robertson, who spoke after her.

“The starting point wasn’t bad,” Zollner said. “Much of the economic slowdown last year turned out to be driven by lower net migration and we were kind of getting our mojo back.”

But New Zealand, she said, “arguably” has more total exposure in China than Australia does.

This is new territory for New Zealand, she said. “We’re used to export price shocks; an inability to get our products to market is something we’ve never had to deal with before.”

It is also an import shock, she said, with New Zealand imports from China taking in everything from steel to fertiliser, machine parts to laptops. Even yeast. “There’s going to be beer and bread inflation!” she said.

“The world’s supply chains are so entwined, we’re going to have shortages of all kinds of weird things unless this supply chain frees up quite shortly.”

Zollner saw a risk that the world would run short of food this year.

“China in particular, they are deeply worried the farmer is going to be too distracted building barricades and keeping people out [in order to]to keep the virus out, to plant the rice this year.

“Africa has got a plague of locusts; we are going full biblical this year in terms of plagues and pestilence.”

She pointed out the last two recessions in New Zealand were caused by an “unholy alliance” of drought and a world crisis.

However, New Zealand is helped by the fact it sells food. “What we saw in the GFC is that we were still making food and we were still selling it – not at the price we wanted, maybe, but the economy kept on ticking,” she said.

“In the end food is a necessity. While in some ways we are more vulnerable because of our exposure to China, in other ways we are buffered by the fact that we basically sell  food – if we can get it to market. It’s in everybody’s interests that those supply chains free up again and the movement of goods continues.”

Robertson, speaking after Zollner, acknowledged coronavirus is a serious issue but struck a more optimistic note.

“This is a very serious issue for the global economy, for New Zealand. Primarily, it’s a public health issue,” he said. “But obviously, we also have to plan for the economic impacts as well.”

He outlined three scenarios, ranging from successful containment through to a global recession on the back of a global pandemic.

The first scenario is “slipping away” as the outbreak spreads globally, even though at the time he was speaking New Zealand had no recorded cases. The government is also modelling out various interventions in the event of a second scenario, in which the impact lasts longer and spreads further, and Robertson said in the event of the third scenario “we’ve seen with things like the global financial crisis governments can step in and play their part in making sure we make it through that situation”.

He said New Zealand is well placed to withstand the outbreak, with government accounts ahead of forecast at the end of 2019.

“We come into this situation in relatively good shape. Our levels of public debt are very low compared to the rest of the world. We’ve got a strong labour market, good wage growth,” he said.

“I’m not underestimating the extent of the disruption that we’re seeing and I do believe that the whole 2020 year will now be one that won’t look like it was going to, but we are in a position to be able to get through it.”

Separately from the coronavirus discussion, Robertson also spoke about taking a long-term approach to economic planning with a focus on future proofing the economy.

“We are fundamentally good at many types of food production that the world needs,” he said. “And so we have a good base, but every single one of us knows that if we want to maintain our standard of living we need our economy to look like a 21st century one, making sure that we’re more productive, more sustainable and more inclusive as an economy.”

The foreign minister and the trade minister were in India on what Robertson described as “one of the most important missions that will take place this year”, while free trade negotiations continued with the EU and the UK also wanted to sign a free trade deal.

When it comes to the wellbeing approach enshrined in his budgets, he described it as “core and mainstream”.

“More and more, I’m seeing for businesses that this is the approach they want to take, and it’s implicit in the theme of today’s session. From Fonterra, through to the BNZ through to Xero, I’m hearing from people more about wellbeing, about how they’re trying to capture the value of that across their businesses.”

He paid tribute to Waikato for its own wellbeing approach, which he said the government was learning from. “What I’m seeing here is in some ways better than what we’ve been doing in central government about bringing agencies together.”

The day’s discussions also saw panels and speakers on the subject of purpose beyond profit ranging from Tesh Randall of Raglan Coconut Yoghurt on creating a sustainable business to the Akina Foundation on the rise of social enterprise. 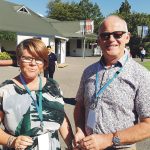 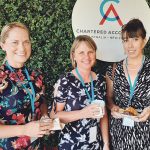 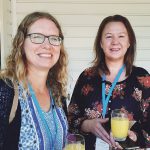 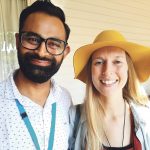 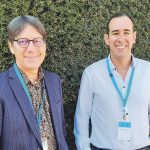 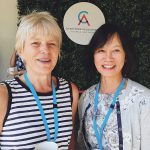