The drive to Auckland is set to get quicker and easier with the opening of the Huntly expressway bypass.

Four-laning State Highway 1 through Waikato is the biggest single infrastructure project ever undertaken in the region. One of the most significant sections will be celebrated with completion events on February 14 and 15, ahead of the road opening to traffic at a date to be confirmed.

The 15km Huntly section takes traffic away from congestion points at Huntly and Taupiri, across lowlands and streams, and over the Taupiri Range. It will be a time-saver and provide a much safer route for travellers with its central and side barriers. 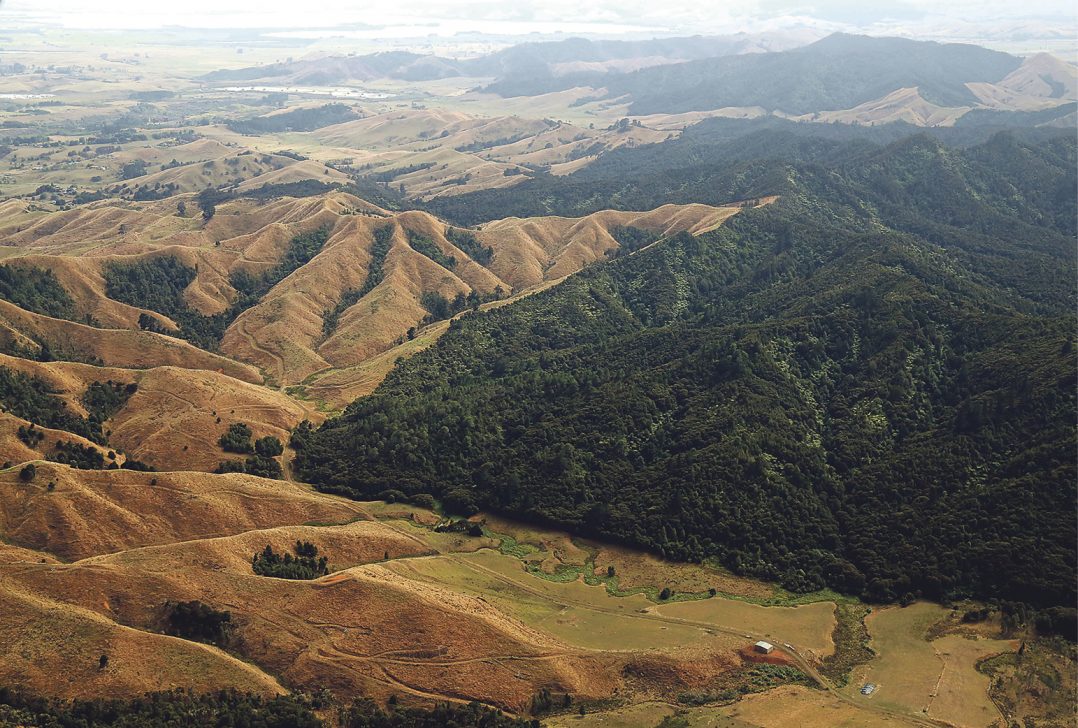 The $384 million project has been delivered for Waka Kotahi NZ Transport Agency by a joint venture between Fulton Hogan and HEB Construction. Construction started in late 2015.

Two days of celebrations are planned to mark its completion. On February 14, a blessing of the site by iwi will be followed by a formal stakeholder event, ribbon-cutting and lunch on the highway, near Te Iringa Lagoon, about 4km from the southern end.

The following day, Saturday February 15, the project will be open to the public to walk, run, cycle and bus along the new road, which connects the completed expressway sections at Ohinewai in the north and the Ngāruawāhia section at Gordonton Road in the south.

It has been a remarkable journey by all involved in the project, says Waka Kotahi NZ Transport Agency acting director regional relationships Ross I’Anson.

“We are expecting a good turnout on both days in February and are planning for two very memorable occasions.”

A highlight on Saturday is the Expressway Classic half-marathon, starting near the lagoon and providing an out-and-back course over Taupiri Range to the Northern Interchange. There are shorter races for runners and walkers from the same start point. Find out more and register at
www.expresswayclassic.co.nz 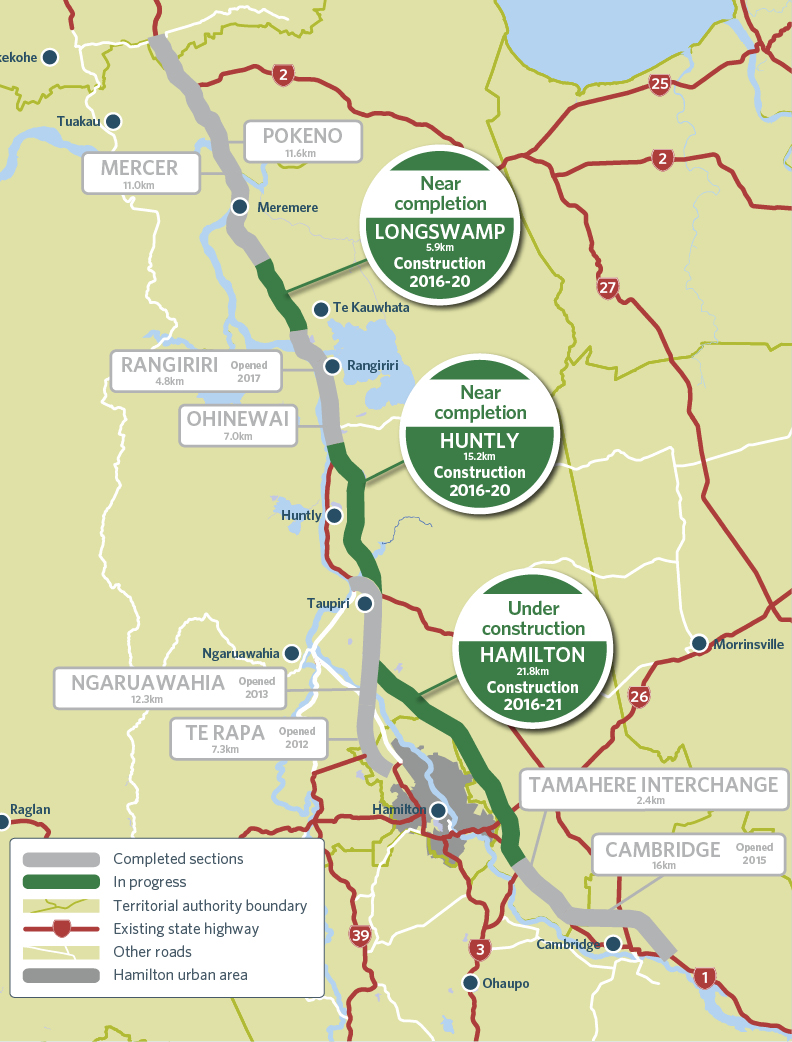 Expressway Classic events will start from 7am. Less competitive people can walk, run or cycle the route at their leisure, or take a bus ride from mid-morning when most athletes will have finished.

With the project winding up, final surfacing has continued this year, including the SMA asphalt, and barrier installation and line marking.

The last few hundred thousand native plants went into the ground in spring – bringing the total to 1.3 million.

Some of those plants have gone in around the Te Iringa Lagoon, just north of Orini Road, which will be the base for the opening events.

This area will have four large waka-maumahara in place to mark its cultural significance – as do other sites where pou, gateways and palisades will appear.

“Without a strong relationship with Waikato–Tainui we could not have got this road built in such a culturally significant area, and that relationship has developed further as the project has progressed from planning to construction,” I’Anson says.

A feature of the project and the biggest challenge was a 57m cutting at Taupiri Pass. This required 1.3 million cubic metres of earth and rock to be removed. The cutting lowers the gradient to less than five per cent so heavy vehicles can maintain speed.

All up, the project saw more than four million cubic metres of earth moved – with giant culverts installed in steep ravines and filled with cut material.

There are nine bridges on the route, including one at 80m over the Main Trunk Railway Line at the Northern Interchange.

Another feature of the project has been a wetland creation off Evans Road, adjacent to Lake Kimihia.

Improving the ecology in the area has seen four years of pest control, with the project team winning the battle against goats, possums, rats and stoats. This has led to big improvements for flora and fauna in the neighbouring Taupiri Scientific Reserve.

With Huntly opening in February and traffic on all lanes at the Longswamp section, there is just one remaining piece in the 102km expressway project – the 22km Hamilton section.

The Hamilton project – the biggest of all the sections – has moved past the halfway stage with the focus shifting from earthmoving and drainage to completing bridges and pavement construction. The Hamilton section is scheduled for completion in late 2021.