Tesh Randall was an entrepreneur of her time when she got her start, buying and selling phones.

They were old-school “brick” cellphones, it was the early days of Trade Me, and she spotted an opportunity. Many of the phones were poorly promoted, with bad photos and inadequate  descriptions. She would buy such a phone, take a good photo, write a smart description, resell it and pocket the profits.

What makes Tesh’s story stand out was her age – she was just 12. That early entrepreneurial spirit stayed. Home-schooled in Dargaville, she started full-time work at 15 and self-published her first children’s book by the age of 18 – going on to sell a highly creditable 1200 copies. She was in Christchurch involved in a startup incubator when the earthquake struck, then headed to Auckland where she set up a copywriting business before shifting to Raglan with her partner Seb Walter, where they established The Good Agency. 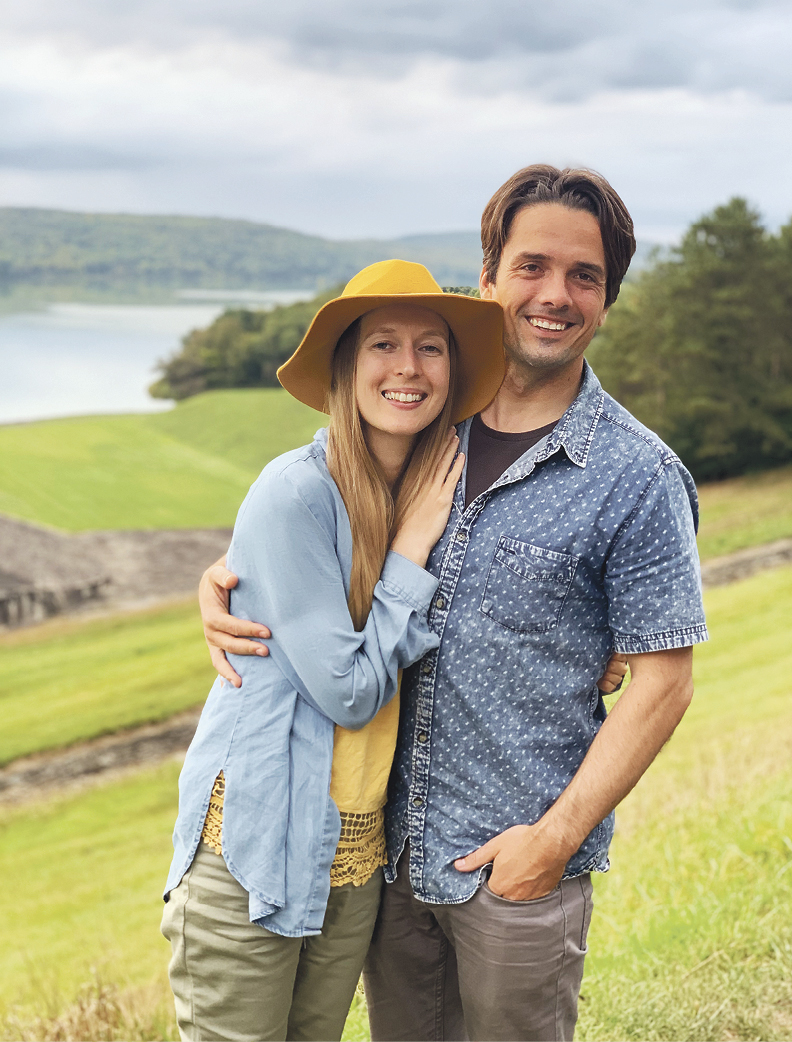 It was, Randall reflects, not the best timing. The couple had just got engaged and were planning their wedding, they had schemes for developing glamping accommodation and were putting a lot of energy into The Good Agency. Randall also had a couple of books coming out and was editing a travel magazine.

But the yoghurt sideline was fun and they were meeting lots of locals, so they decided to tackle it seriously, setting a target of selling 1000 jars a week, which would allow them to hire staff and have a “self-sustaining little local food enterprise”.

Their business backgrounds and smarts paid off. These days they sell their product around the country and overseas to the tune of about 75,000 jars a month – giving them 49 percent of the New Zealand non-dairy yoghurt market, Randall says.

They have begun exporting to Hong Kong, Singapore and Pacific islands, and source their coconut cream from an Indonesian supplier which has a school and hospital for its workers.

They have 24 staff, and have bought a site at Nau Mai business park on the outskirts of Raglan, which will allow them to treble their currently cramped and ever-expanding, leased factory space off the town’s main street.

Theirs is a story not only of commercial flair, but also of a commitment to doing good. They use organic coconut cream, sell their product in glass jars with easy-peel labels so the jars are easy to reuse, are CarboNZero accredited and pay their staff at least the living wage.

They have taken that commitment to fairness an intriguing step further. No one at the company, including the owners, can be paid more than three times the lowest-paid worker. The average in New Zealand for CEOs and upper management is 30 to 50 times the lowest wage, Randall says. “In America, it’s something more like 500 times. And that’s just the scale of the inequality that we have in our system, which is broken.”

Randall and Walter addressed that by imposing the wage cap, one which also changes incentives so that anyone at the higher end wanting a pay increase will have to come up with a way in which everyone else also gets paid more.

“I don’t  think it’s fair that, say, we hire a general manager and they get paid five, six, seven, 10 times more than someone who’s making yoghurt. Because the person making yoghurt is working really hard, they’re working long hours, they’re taking care, they’re making the actual product, and then why is someone who can do a spreadsheet getting paid a lot more? I don’t think it’s fair.”

That thoughtfulness is similarly evident when Randall talks about their environmental commitment. The couple memorably rapped a double-hander poem about the urgent need to shift to a plant-based economy when they took the stage to accept a sustainability award at the Westpac Waikato Business Awards in November.

“That’s the thing, we try and make it fun,” Randall says. Preaching is an ineffective strategy for getting people on board, she says. “We try and keep it fun and playful and we share stuff but not in an aggressive and judgey way. At least that’s how I hope it comes across.”

But she is well-researched and passionate in her views.

“It just seems overwhelmingly clear that the planet cannot continue with the high rate of meat consumption and dairy consumption that it has at the moment – that’s not going to be possible for the billions of people on Earth,” she says.

“We cannot sustain it, we do not have the land mass, we can’t grow enough corn and soy and all these things you need to feed animals with.

“The ratio of land required to grow feed for an animal and then the land that the animal takes up versus the  amount of actual finished product you get out to feed people with, it’s just a terrible ratio compared to if you’re growing a tonne of vegetables on that same land.

“And the fact that you have to cut down rainforest in order to grow those that corn and soy – I mean, it’s just a very flawed model in a lot of different areas.

“Even if it tastes good to people, that’s not really the question any more. It just makes sense to me that we would increase growing and eating vegetables, fruit, seeds – plant-based foods that are taking carbon out of the atmosphere as they’re growing.”

She believes the world has “a lot less” time to change than many people realise but she is also optimistic, particularly in New Zealand, citing the Zero Carbon Bill as a step in the right direction. She also sees innovation in farming, having grown up in rural Dargaville where she would spend time on her dairying grandfather’s farm. An example comes from a friend who, when she inherits the family farm, plans to grow hemp.

“That’s great, that’s an opportunity. There are plenty of opportunities to do things with the land that we have and also the tech that we have here and the experience we have in growing things.”

Raglan Coconut Yoghurt itself is, as she says, representative of the trend towards plant-based, healthy and environmentally friendly.

There have been plenty of business challenges along the way, including building a factory which started with a shipping container. Rebuffed in the early days by banks, they brought in a kitchen equipment manufacturer as a shareholder. “That was how we’re able to make the first factory happen. We basically traded shares for equipment.”

Developing a formal staff structure was also uncharted territory. The stability and clarity staff need around their roles is quite different from Randall’s entrepreneurial mindset.

These days, as they prepare for a shift in May to their purpose-built 850 square metre building, banks are more than happy to be on board.

Raglan, full of like-minded people, has been a perfect place for them to get started. Now 29, Randall, who cannily caught the early Trade Me wave as a youngster, remains an entrepreneur for her time.