A major development in Otorohanga is forging ahead, with a modern, bustling cafe soon to be joined by 11 apartments on the site of a former hotel.

The Fat Kiwi Cafe has exceeded its owners’ expectations since it opened in early January on Te Kanawa Street.

The former Otorohanga Hotel under renovation.

There have been queues out the doors, a reflection of how well the owners, Jaimee Poole and Melanie Simpson, know their business. Within two weeks of opening, they already had regulars and were buying five new outdoor tables to meet demand.

“A lot of locals said, ‘we’ve been waiting for this’ – they just love it,” Melanie says.

They are tracking better than forecast, and are confident the cafe, which employs 12 staff, will continue pumping during the winter months thanks to ski traffic taking the busy State Highway 39 route past their door.

Melanie also owns the Fat Pigeon Cafe in Piopio, a local drawcard as well as a well-known stop for travellers to and from Taranaki. 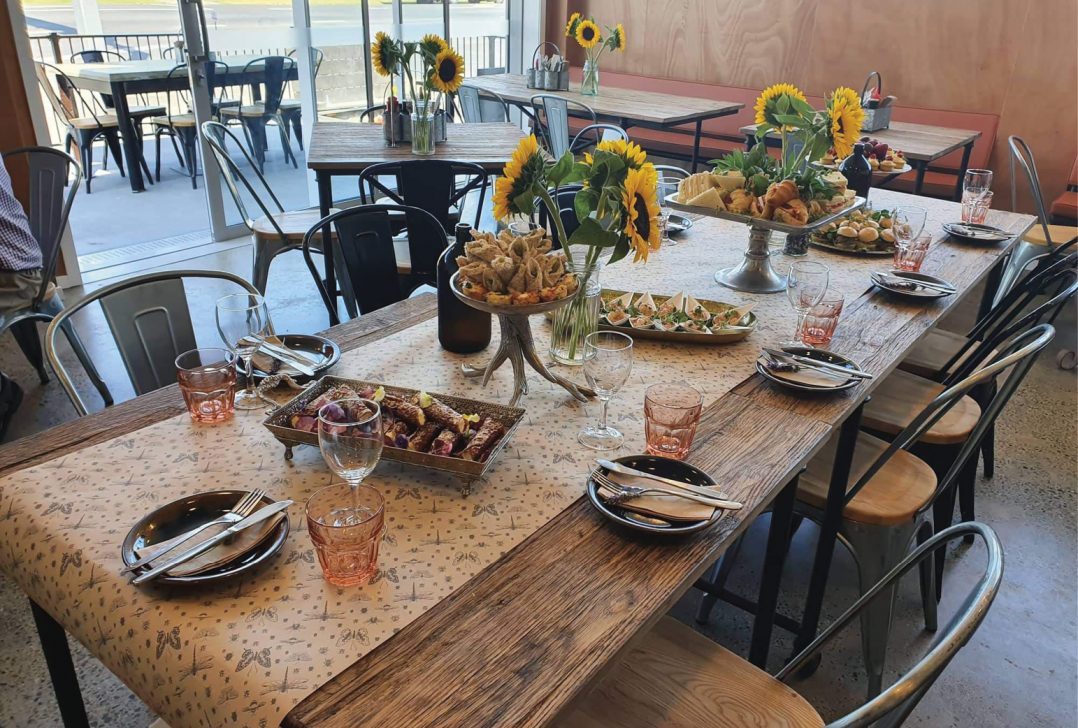 She managed Bosco Cafe when it opened in Te Kuiti in 2001, and that’s also where Jaimee got her start in the industry – as a schoolgirl employed by Melanie, who is a family friend.

They’ve stayed in touch ever since, and when Alan Buckman, who is driving the redevelopment of the former Otorohanga Hotel, approached Melanie in September 2018, they jumped at the chance to work together again.

“As if the cafe itself isn’t busy enough, they offer catering and are developing a line in pre-ordered take-home dinners.”

“When Alan Buckman came to see me, he said, ‘I want a Fat Pigeon in Otorohanga’,” says Melanie. “So I said I’ll go and have a look. And when I had a look it was just the most perfect location. There’s good parking, it’s very visual. It’s got all that Pirongia, state highway traffic.” 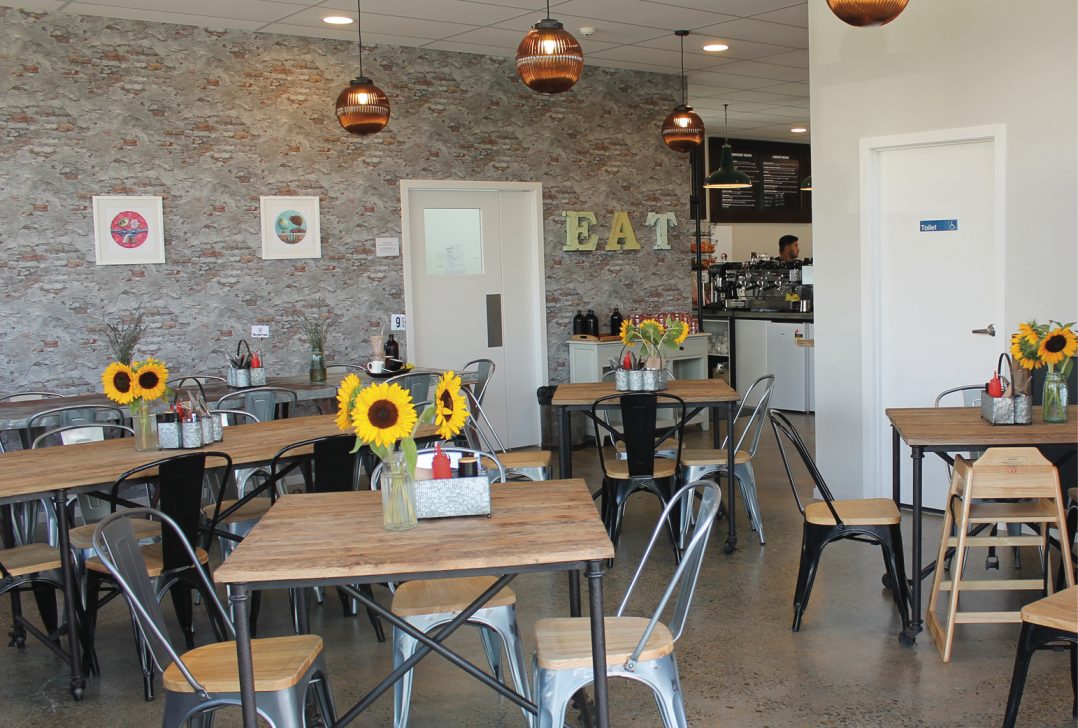 Meanwhile, Jaimee, who was on maternity leave, had seen a gap in the market.

“Jaimee rang me and said, Melanie we need a good cafe in Otorohanga. It was absolute perfect timing.”

Jaimee had also worked with Melanie at Fat Pigeon, before leaving to have two children. Both are locals – Jaimee lives in Otorohanga while Melanie lives in Piopio – and they know their market. That sees them combining traditional fare with modern nutritional options, including their popular smoothies and juices.

The extensive range of offerings covers everything from a scone and cup of tea to vegan and gluten-free options.

Melanie says a lot of the food is similar to Fat Pigeon, but pays tribute to Jaimee for lifting it to the “next level”.

They drove the design of the light and airy cafe themselves. “We both had the same ideas, so that made it easier,” Melanie says. “We wanted a more industrial look.” 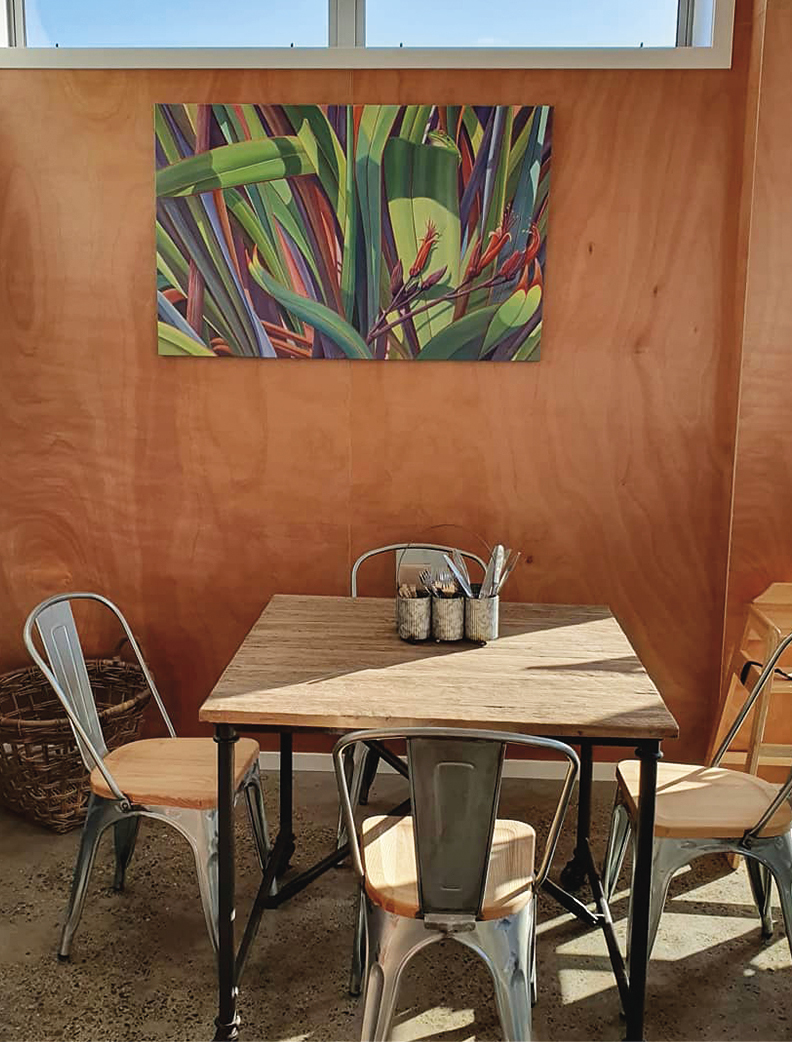 They picked the colours and chose the lights. The polished concrete floor is the original, but there is little else to remind locals of the sports bar from back in the day.

“At our opening people were just blown away at what we have achieved,” Jaimee says.

Jaimee, whose background includes working for Chris Rollitt at The Cook in Hamilton East, and then going into business with him at The Homestead in Hillcrest, is working six days a week in the Fat Kiwi, mostly in the kitchen. Meanwhile Melanie, who has been in the food industry 30 years and also has a motel and a bar and restaurant in Piopio, divides her time with a focus on Fat Pigeon.

As if the cafe itself isn’t busy enough, they offer catering and are developing a line in pre-ordered take-home dinners. They are active on social media, and also have a Fat Kiwi app, which people can use to order and pre-pay.

Their extensive connections in the industry see them sourcing Ozone coffee from Craig Macfarlane in Taranaki.

“They are the most amazing, supportive coffee supplier,” says Melanie. “We wouldn’t go anywhere else. Craig has been like a mentor for us.”

As for the quirky name – with Fat Pigeon already flying, and with Otorohanga well known for its kiwi house, that was a given.

Developer Alan Buckman says he always knew the Fat Kiwi site would be perfect for a food outlet because of the volume of traffic from Auckland and to Waitomo, and he approached Melanie early in the piece.

He bought the former hotel site, which had been lying idle, in June 2018 with his son, rugby player Richard, who is currently plying his trade in Japan after stints with the Hurricanes and Highlanders. More recently, two further business partners, local accountants Tim Jones and Aaron Robinson, have joined them. 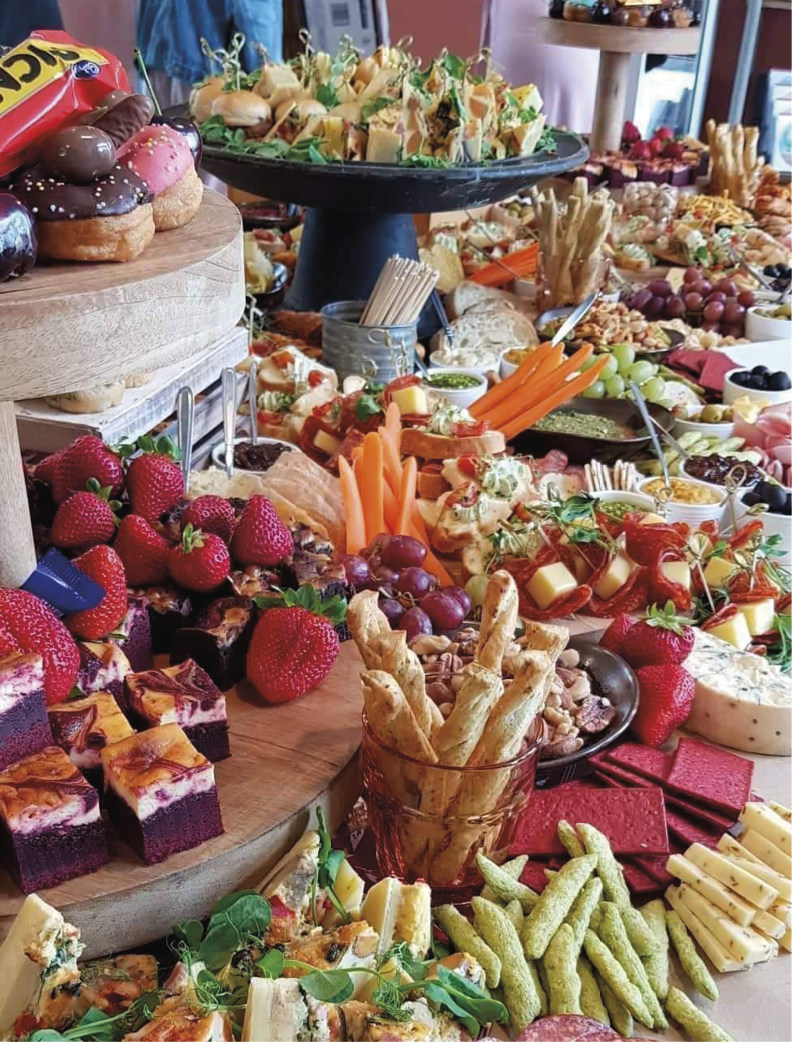 Alan doesn’t have to go far to keep an eye on the multi-million dollar development – he is managing director of Otorohonda just a couple of doors along Te Kanawa Street. That was another refurbishment, after he bought the site five years ago when it held a deserted supermarket. He has four motorcycle dealerships stretching from Otorohanga to Taihape and also two Stihl stores including the one next door to Otorohonda along with the neighbouring Subway. That gives the former farmer a good understanding of the market, and he is confident about the apartment complex, which he anticipates appealing to single professional people who want somewhere “nice and tasteful” to live without the hassle of gardening and maintenance.

With two of the street-level apartments finished in late January, progress is well underway on the main two-storey complex, and the remaining apartments are set to be finished about May.

He and his business partners have the advantage of starting with a solid structure, after the former hotel was originally completed in the late 1950s. “The builders are quite astounded at how true the building is, how well built it was.”

The one-bedroom apartments, which range from about 55-60 square metres, are being developed as long-term rentals. Buckman sees a shortage of rental accommodation in both Te Kuiti and Te Awamutu. “Our housing is definitely cheaper than Te Awamutu, so there are a lot of people who live here and work there.”

The nearby Waikeria prison development is likely to help drive demand.

Buckman is pleased that they have been able to work with local contractors including builder Todd Ormsby on the multimillion dollar development which represents a major vote of confidence in the town’s future.

“It is something that everybody thought needed to be done, but nobody did it.”