Lady Tureiti Moxon has big plans for 2020. There are Treaty claims to progress and there is her dream of a wellness screening centre in the heart of Enderley, where patients will be given results within just 45 minutes.

By the end of the year, she hopes to have raised the $15 million needed to make the centre a reality, with building to start in 2021.

The free screening envisaged at the new centre could make a significant difference. At the moment, many Māori don’t go for x-rays because they can’t afford them, says Lady Moxon, managing director of Te Kōhao Health on Wairere Drive. “It’s as simple as that.”

“So they’re dying young of preventable disease. The idea is that we will put this centre up so that they will be able to come in and be screened free of charge.”

Modelled on the Ascot Mercy private hospital in Auckland, the new centre would bring together radiologists, pathologists and surgeons so a patient could be given their results in just 45 minutes, rather than the months that are often involved.

“I love that in 45 minutes they can tell you whether you got something to worry about.”

The complex, on land Te Kōhao Health bought two years ago, will also include a training centre.

She has been talking to Waikato DHB and has begun the fundraising process, casting the net wide for potential sources.

“For this to happen, we need as much sponsorship as we possibly can get.” 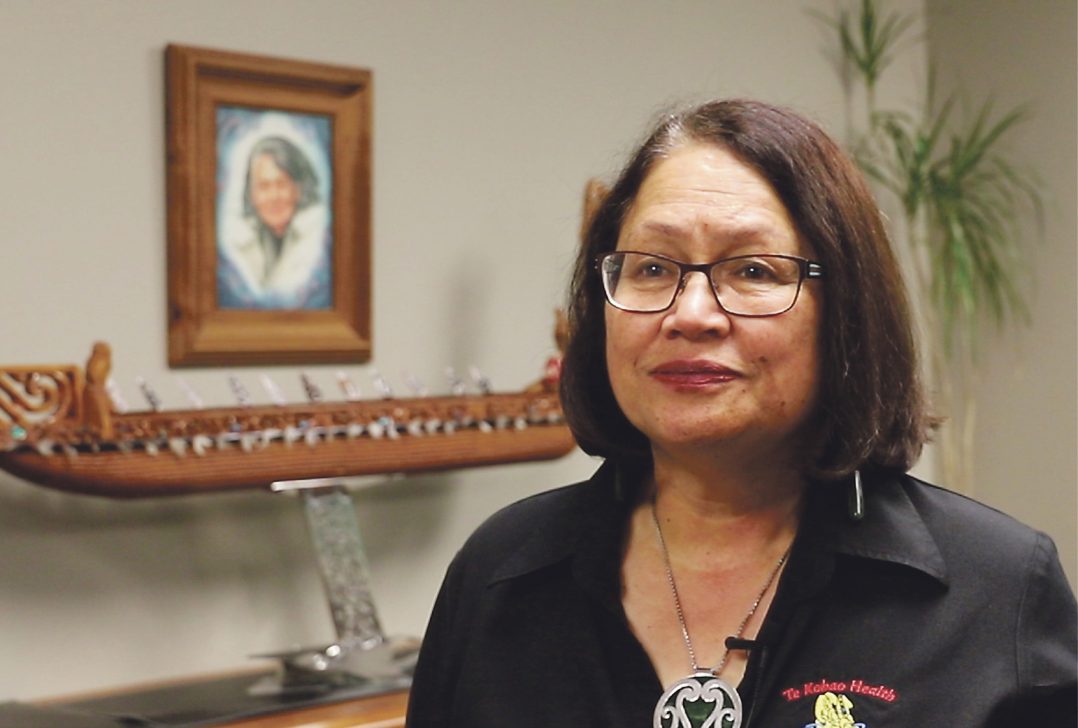 Te Kōhao Health celebrated 25 years in November last year, after starting out in a prefab building on Kirikiriroa Marae in 1994. When Lady Moxon joined in 2002, there were 16 staff, and now there are 233.

“We had four or five contracts with the DHB; now we have 25 or 30 contracts. We have grown from strength to strength.”

That sees Te Kōhao providing a range of integrated services to Māori and others, headquartered in a two-storey health centre on Wairere Drive which it built 10 years ago.

The focus is on whānau ora, or family health, a path which it embarked on well before the national whānau ora programme was rolled out.

Offerings at the Wairere Drive centre include a pharmacy as well as a doctors’ clinic, with patients paying what they can afford. That way, Lady Moxon says, people with multiple complex conditions are not having to make choices about which medication they can afford to take.

It also offers a credit union, exercise rooms, massage, hyperbaric chambers and traditional rongoā healing. There are two satellite clinics, and a range of other services off-site including early childhood centres and home-based caregiving.

Altogether, she says about 9000 people use Te Kōhao’s services, with about 6000 using the doctors’ clinic. Despite the organisation living contract to contract, it has just raised its minimum wage to $22 an hour, with the exception of some caregivers, for whom the first level is $19.

At Te Kōhao’s core is the whānau ora philosophy, which is about empowering whānau, family by family, rather than patient by patient.

That starts with the creation of a plan of their hopes for the future. “That gives them a picture of where they might want to go, and where they can go,” Lady Moxon says.

Many new arrivals are homeless and lack enough food to feed the family. “There’s a whole lot of social deprivation-type issues going on that they’re all grappling with. So we support them with those immediate issues, and then we start to support them to follow their own path that they’ve set themselves in terms of those plans.”

The services included employment coordinators who support people into meaningful work. With that comes the feeling of being in control of their own lives, Lady Moxon says. “Then you see them going off to university. You see them re-engaging with schools and being more a part of the communities in which they live. That’s the strength of it.”

Persistent poverty and the impact it has on Māori is a recurring concern for Lady Moxon. She is forthright in her views about the overall solution, which would see Māori taking charge of their own health and services.

She was involved in a claim to the Waitangi Tribunal, which resulted in an interim report released last year that she describes as “fantastic”.

“One of the recommendations is that they should look at a standalone Maori funding authority. Because the truth of the matter is, as long as we stay within the system, we’re always going to be treated like second class citizens. Unless we take control of our own development, our own growth, it’s always going to be like that.”

She has also lodged, with others, an urgent Waitangi Tribunal hearing over the government’s handling of Whānau Ora funding.

She is critical of the last Government over failing infrastructure, and cites welfare reforms which she says kept Māori in significant poverty. She says while there might be “minimal” assistance for one-off costs such as after-hours emergency visits, that money then had to be paid back. “Actually what that did was keep them in constant debt.”

Equally, she has the current Government in her sights, as – regardless of intentions – over successive election cycles, Māori continue to struggle, with inequitable health outcomes.

•  Anyone who would like to contribute to the new screening centre at Enderley can bank-transfer money to 060317-0883390-00. Please write Enderley in the particulars box and New Centre as the reference.