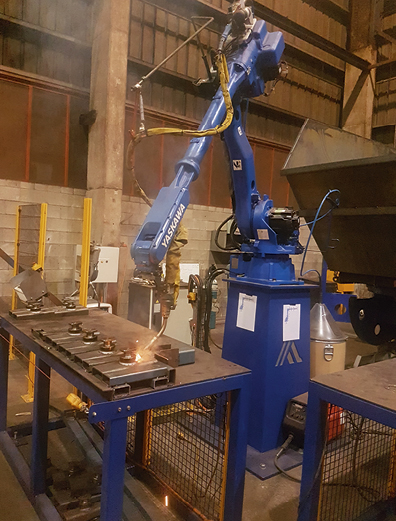 Manufacturing engineers Vertec, who are celebrating their centenary this year, have come a long way since founder Thomas Mullan opened the doors of his foundry and engineering business in Hood Street in 1919.

Advertising of the time shows Mullan and Noy were a forward-thinking enterprise with an eye for new opportunities, such as the growing market in motor car repair.

Mullan, an innovative thinker who took a prominent part in early aviation in the city was, in today’s terms, a solutions-focused businessman – even to the point of offering to manufacture any spare car parts not readily available.

Since taking ownership in December 2012, Whitley has grown Vertec from a local business with a staff of 13 to an international company with 50 employees and a conservatively estimated year-on-year growth of 25 percent.

To do this Whitley has had to learn to juggle many projects and products, diversifying when the opportunity presents itself, and looking for new solutions to find a market edge.

Today Vertec is probably best known for its development of products, systems, and solutions to collect, store, and transport a variety of waste, recyclables, and products. Typically, these are the large skips and bins you see around New Zealand – and elsewhere. Vertec has exported 500 bins to Rarotonga, Tahiti and Fiji in the last three years.

In addition, for the past 30 years they have been one of the few companies to manufacture, service and sell cage rotor aerators to about 18 local authorities. The aerators, used in water treatment plants, are old-school technology these days, Whitley says, but are perfect for smaller, more remote councils.

And, true to the innovative impetus, Whitley is exploring the possibility of bringing the aerators into the 21st Century by using solar power to drive them.

As well, Vertec runs a profitable side line in ute decks under the brand name Prodeck, while still operating, as their founder Thomas Mullen did, a machine workshop dedicated to custom design and fabrication. One of their latest deals was the sale of three bespoke tipping decks with recycling cages to Auckland Zoo. 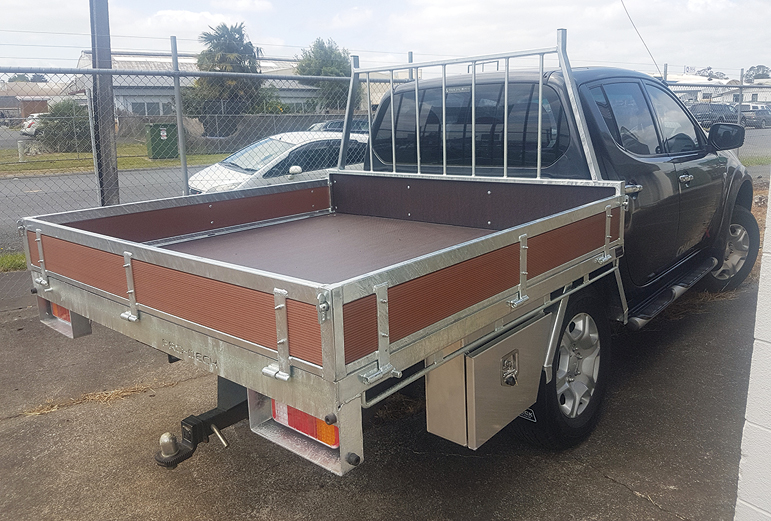 Through all of Vertec’s projects runs a strong drive to find newer, better ways of doing things. For example, Vertec, as importer and exclusive distributor in Australia and New Zealand for American firm Impact Plastics, now offers a lighter, tougher plastic bin lid – an increasingly important option in a market where people come in all shapes, sizes, and physical abilities.

“We have to be mindful who is putting product into bins – people have to be able to lift the lids. Importing from the States a thinner, lighter lid that lasts five times longer was all about being solution-driven,” Whitley explains.

What’s more, in collaboration with American firm Serio-US Lock, Vertec now offer locks that prevent people hopping into bins. The safety device is an over-centre gravity lock which releases when tipped over the truck but locks again before it is replaced on the tarmac. Whitley says the locks offer huge time and health-and-safety savings (the truck driver does not have to leave his vehicle to check the bin) and notes the device can pay for itself in just three tips.

The locks are another example of trying to stay ahead – but demonstrate one of the challenges of being a market leader: on the company’s inventory for the last four years, Vertec’s sales staff have only managed to get the locks moving out of the door in the last 18 months as New Zealand and Australian customers begin to see the advantages. 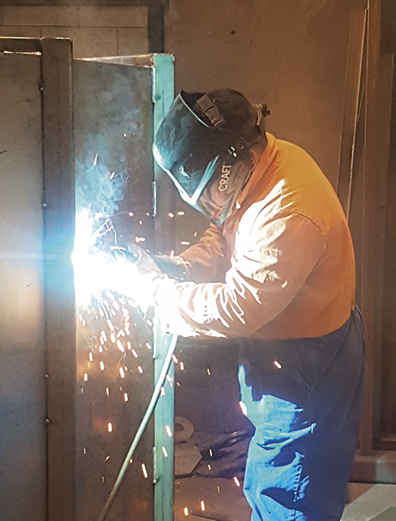 Vertec staff member in weld out.

Whitley, who makes a point of attending at least one international trade fair each year, says he now has his eye on a compacting waste bin operated by solar energy which allows members of a community to recycle and dispose of waste on a pay-as-you-go basis. The bins can even give users credit for recycling particular categories of waste. Not yet trialled in New Zealand, the bins, Whitley says, could service entire communities, putting an end to kerbside collections.

“It’s not infrequent to see them in Europe where they are working very well. In my opinion, it is not the Greta Thunbergs who are going to change the world – rather it is industry that will have to get its head around efficiency programmes and come up with better solutions for the environment.”

Always ready to push the market, Whitley recently “took a punt” and imported a container load of mobile garbage bins from Port Klang in Malaysia, where they are manufactured under licence from German parent company SSI Schaefer whose company tagline, by chance, is “Think Tomorrow”.

While the decision to import the bins was “one of the things keeping me awake at night” Whitley’s purchase paid off and staff sold most of the container inside 10 days of the shipment arriving. Another 2000 bins are expected by Christmas, with Whitley describing the market potential as huge.

“We’re excited by the growth prospects and probably looking at getting through 10,000 to 20,000 bins in 2020.” Vertec is now positioning itself to contract for council business when tenders come up, signing distribution agreements for SSI Schaefer products through New Zealand and Australia.

Vertec recently added another “employee” to the staff role – a Japanese-made welding robot, which the staff have named Roberta Black. Vertec has registered Roberta as a certified welder, and she starts on the job welding fitouts on December 1.

Whitley says Roberta will allow efficient use of time on a 24-hour shift, leaving workers to focus on other componentry. The same type of programmable robot now commonly seen on car assembly lines, Roberta is not the first in New Zealand, but probably is the largest in terms of reach expansion – “she” can manage the welds on a 9m skip with ease.

More importantly for Whitley, the robot allows Vertec the manoeuvrability to select staff and offer them a better wage and family friendly work shifts.  Vertec now pays a “family wage” which is better than both the minimum and the living wage guidelines in exchange for greater accuracy, accountability and efficiency from employees.

A robot welding skips? Thomas Mullan would be proud.