A copy of Waikato Business News will be among the items buried in a Fieldays time capsule in December, to be relifted in 25 years.

The Fieldays version of this year’s WBN will share space with a USB of Mystery Creek Magic, a book co-authored by Geoff Taylor and Richard Walker marking 50 years of Fieldays, as well as copies of programmes from 25 years, an exhibitor handbook and a staff photo – along with assorted letters from invited writers answering the question: “What will New Zealand look like in 2044?”

The capsule, which will also include other newspapers, will be filled and sealed at this year’s Fieldays Society AGM on Thursday December 5, and will be lowered into the ground the following week. 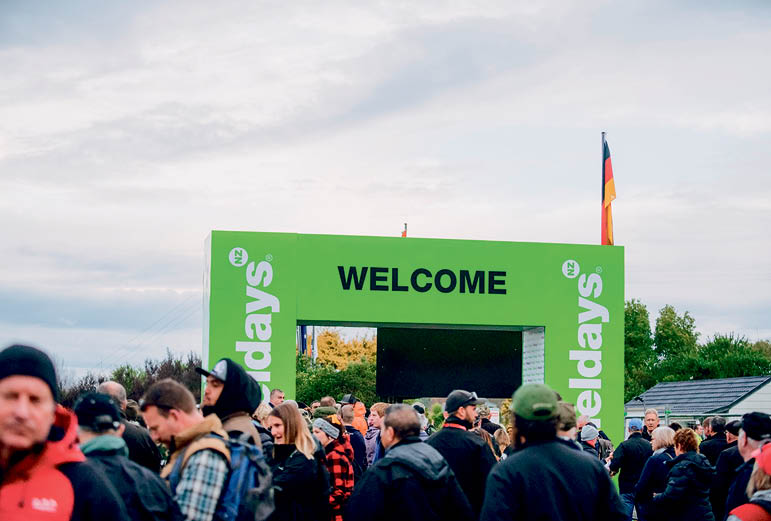 It will also include letters buried with the last capsule and a mobile with both Fieldays and Equidays apps on it plus charger. In an astute piece of future proofing, the organisers will include instructions for the phone and apps’ use. Not only that, but a Greta Thunberg dissertation on climate change will be among the artefacts.

Meanwhile, 2019 was a strong year for Fieldays as the event generated $549 million in sales revenue for New Zealand firms, with $183 million going into the Waikato region. The national figure is an increase of more than $50 million on last year’s figures.

Based on the official event attendance figures for 2019 of 128,747, each person though the gate contributes on average around $4200 to the economy.

The figures come from an Economic Impact Report conducted by Dr Warren Hughes of the New Zealand Institute for Business Research at the University of Waikato.

New Zealand National Fieldays Society general manager of commercial Nick Dromgool said the numbers were encouraging. “We heard from several of our bigger exhibitors that this was a good year for them so it’s great to have this backed up by the numbers,” Dromgool said.

The report states that more than 2000 full-year jobs have been sustained in the New Zealand economy from the 2019 event with almost 900 in Waikato.

A total of $247 million of additional GDP was generated for the New Zealand economy which is an increase of $21 million on the previous year. $80 million was added to Waikato’s GDP.