A Hamilton company that puts the focus on empowering its staff has taken out top honours at the region’s premier business awards.

Connell Contractors won the Supreme Award at the Westpac Waikato Business Awards, a night of glitz and celebration on November 15 hosted by Waikato Chamber of Commerce.

It capped off a successful evening for Connell Contractors that also saw it win the business growth and strategy category. 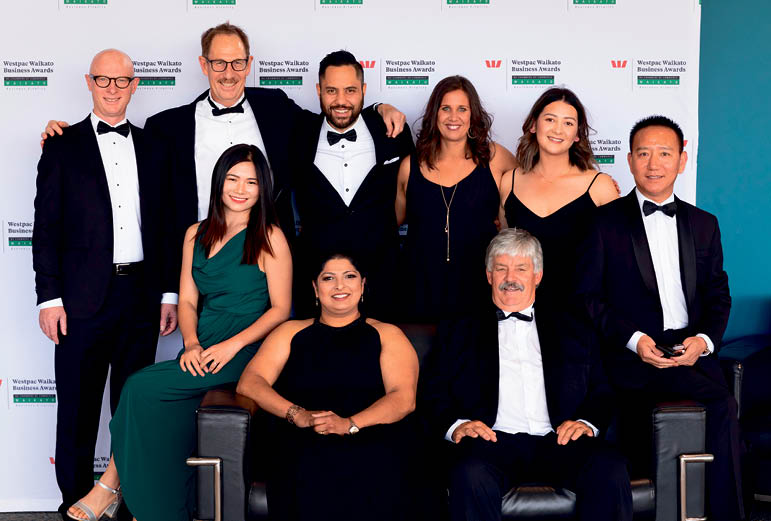 The Waikato Chamber of Commerce team.

Managing director Dave Connell said winning the supreme award was a testament to the wider team.

“They believe in the Connell approach; they’re passionate about their work and together they deliver quality projects for our clients. We don’t offer jobs, we offer careers,” he said.

“And if you offer a career, you get loyalty back, and staff see opportunities to grow.”

More than 600 attended the black-tie event at Claudelands, which showcased the best in Waikato business for 2019.

The evening also saw the announcement of the New Zealand National Fieldays Society as an inductee to the Waikato Business Hall of Fame and Mitre 10 Mega’s Clifford Buchler named chief executive of the year.

Buchler was unable to attend, and the award was accepted on his behalf by owners Terry and Lynne Wilson.

It was a strong showing for Mitre 10 Mega, with people, culture and business improvement manager Jessica Fearnley highly commended in the emerging leader category.

“We are absolutely over the moon to see them both recognised in such a way,” said Terry Wilson. “It was a genuine token of Clifford’s team’s respect for him that led to the photo of the team holding his award in his absence. While Clifford has only been with us for two years, he’s made his mark in that time.”

Terry said he was proud of Fearney’s achievements as she grew her career after starting almost 13 years ago as HR assistant and payroll clerk before taking on a number of senior positions in the company. 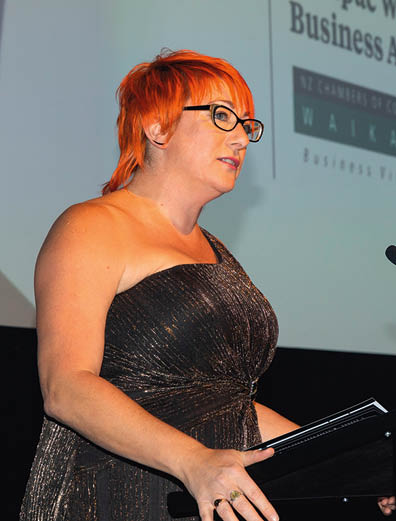 The judges said Buchler’s leadership had seen significant growth of two stores in 18 months. “He has built a customer-focused and people-driven culture, through understanding and respecting the rights and strengths of individuals in his teams. He leads by example and continually challenges himself to be better.”

Outgoing Waikato Chamber of Commerce chief executive Chris Simpson said Waikato continues to play a significant role in contributing to success in New Zealand and this was endorsed by the extensive range and quality of those businesses and business leaders that were recognised at the event.

“This year has again seen intense competition driven by the quality of entries,” he said. “We love the fact that our judges continue to remark that it gets harder and harder to select the supreme winner because of this quality. This year’s supreme winner, Connell Contractors, is the perfect example of just why we are the Mighty Waikato when it comes to overall excellence in business.”

In announcing the Fieldays Society as the 2019 laureate, Simpson said: “Fieldays is seen as a platform for launching innovative ideas bringing town and country together. The Society has a charitable arm which contributes to many worthy causes.”

He said: “We felt that it was more than appropriate to recognise the significant contribution that the Fieldays Society has played in establishing businesses that have not only been commercially successful, but also have equally recognised the importance of giving back to their community.”

In his acceptance speech, Fieldays chief executive Peter Nation said it was an honour to be admitted to the Hall of Fame.

In attendance were volunteers who had been with Fieldays from its start in 1968 and who still have an active role within the society.

“In our 51 years we have contributed $18 billion to the New Zealand economy from Fieldays alone,” he said.
“I am humbled to be admitted with the other leading organisations that have gone before us, and it’s my absolute privilege tonight to accept this on behalf of all our people past and present that have made our society what it is over 51 years.”

This year saw the introduction of two new categories – Social Media and Marketing, won by Hamilton Airport, and Social and Environmental Sustainability, which went to Raglan Coconut Yoghurt.

The judges said on the back of “stunningly detailed” market research the airport developed several strategies, including extensive use of social media, to roll back the poor relationship it had with its largest aeronautical customer. “This is a superb example of a complete marketing plan that dovetails into the overall business plan.”

They also said it was great to see Raglan Coconut Yoghurt return after it won the micro business award three years ago. “Raglan Coconut Yoghurt has achieved substantial growth during this period and materially improved all facets of the business with a real focus on people and their environmental and social impact,” the judges said.

Kingsley Fink, who won the emerging leader category, said his company, Tristram Marine, is a family-owned and operated business, founded on the core philosophy that we are a “family creating memories for families”.

“As a leader I promote this both on the workshop floor and throughout our team meetings to ensure each team within our business observes this core value and makes sure it is front and centre of everything we do,” he said.

“I endeavour to encourage and maintain a healthy and safe working environment for members of our team. In addition, I aim to ensure each and every team member enjoys their job and feels supported in the workplace both personally and professionally.

“I promote knowledge sharing in our workplace both vertically and horizontally. As a leader I believe this builds our teams’ skill sets and fosters a productive and positive work environment.”

He said treating their clients like family is another company value which has shaped their success as a business since its start in 1987. “Looking after families from the purchasing and manufacturing process through to after-sales service is one of the most rewarding aspects in my role as general manager.”

Fink has also removed the words “staff” and “boss” from Tristram, replacing them with team members and team leaders. “If you’re after respect from your team, you need to portray yourself as being beside them not above them and removing the words boss and staff has immediately brought down the barriers that most businesses sadly face on a daily basis.”

The Company-X Innovation Award went to Netball Waikato Bay of Plenty, which judges described as an impressive organisation, which innovatively partners with its sponsors and stakeholders. They said working hard to build strong relationships and not being afraid to push the envelope resulted in the creation of the Hobbiton Movie Set Cup. Attendance surged for a themed game in which Waikato Bay of Plenty Magic competed for the Hobbiton Movie Set Cup.

When it came to the microbusiness award, the judges said the Jake Campus Nutrition had an evident passion for nutrition which has resulted in a successful and professional business model. “Jake Campus Nutrition has a clear idea of where it is heading and with the wellbeing of people at the heart of everything they do.

Equibreed, which offers specialist veterinary equine reproductive services and won the service excellence award, was described by the judges as a gem. “Equibreed provides a superior service to its customers as well as leading the sector on successful outcomes,” they said.

NZ Landcare Trust won community contribution. “The results of the work done by NZ Landcare Trust are seen immediately with the clean-up of clogged waterways, the fencing and the planting of riparian margins, and communities having a better understanding of why and how they could ensure the better use of our land,” the judges said.

True Colours Children’s Health Trust won the not-for-profit award. Judges said they showed a level of depth and maturity in their business practices that sets them apart and sees them able to provide dedicated services to their clients. “With a truly collaborative approach with other service providers, they are whole-heartedly dedicated to ensuring their business is able to support everyone today, and over the longer term.”

CEO OF THE YEAR – Sponsored by The University of Waikato
– Clifford Buchler, Mitre 10 Mega

SUPREME BUSINESS OF THE YEAR – Sponsored by Westpac
– Connell Contractors

PEOPLE’S CHOICE (decided on the night)
– Fishing and Adventure 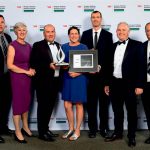 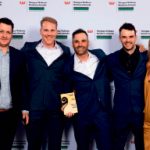 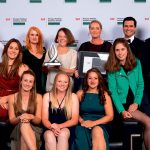 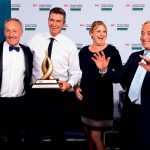 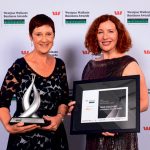 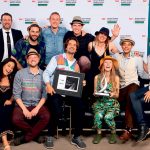 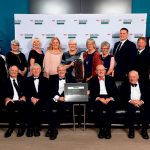 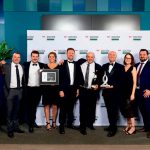 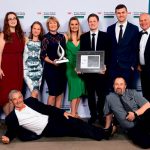 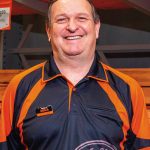 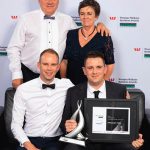 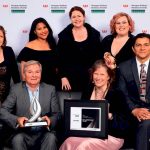 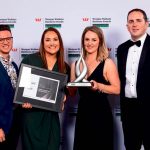