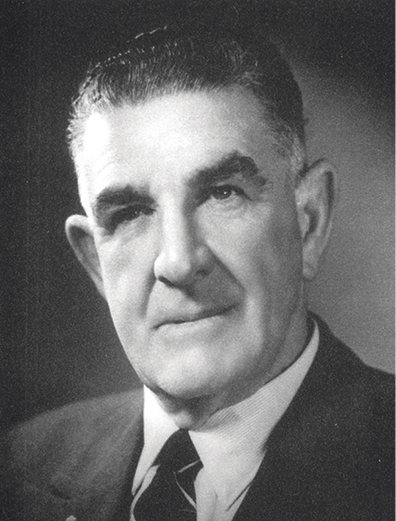 The book, written by well-known author and journalist Kingsley Field, tells the story of the firm and its people, many who have gone on to hold prominent roles in the judiciary, Waitangi Tribunal, Parliament and local politics.

Founded in 1919, McCaw Lewis has grown to become one of the Waikato’s leading law firms, specialising in commercial and property law, with a particular focus on Māori law and tikanga.

McCaw Lewis director and history aficionado Brendan Cullen, who has driven the project over the past 18 months, understands the importance of telling the firm’s story. “The story, of course, is not just that of a law firm. We have grown with Hamilton and the wider Waikato, so the book is littered with history of the region,” he says.

The book is based on interviews with current and former staff, along with a manuscript which was drafted in the early 1990s by historian Cheryl Simes.

Senior solicitor Charlotte Muggeridge notes that “it’s crazy to think that Hamilton’s population was only 9000 people 100 years ago. The firm has grown with the city and with the clients.”

She says she enjoyed being part of the project, and sees the importance of recording the past. “The people who have walked before us here at McCaw Lewis were huge community contributors and it’s important to recognise their work and the foundations they laid – both for McCaw Lewis, and Hamilton.”

The firm, which would ultimately lead to the McCaw Lewis of today, was started by Wally King, a decorated World War I Captain who started a sole practice on Victoria Street in 1919. He was soon joined by Ronald “Punch” McCaw, a man who gave so much time and expertise to the city in 1958 he was awarded an MBE for his services to the Hamilton community.

There were several other partners through to the 1940s when property and commercial lawyer Don Arcus joined, to be followed by his son Doug in the mid-1960s. Hamilton’s first female lawyer, Kath Coup, was employed by the firm in 1943.

The firm evolved through name changes to become McCaw Smith and Arcus, before being joined by the long-standing Cambridge/Hamilton firms of Lewis Jecks and Co in 1982 and Chapman Cartwright and Co in 1984 to form the partnership of McCaw Lewis Chapman. Other notable members have included Don Shirley, whose career with the firm spanned 45 years, and Steve Brooker who was there for 49 years. Sir Ronald Young, who was a partner until the late 80s, went on to become New Zealand’s longest-serving judge. Later there was Julie Hardaker, who became Hamilton mayor.