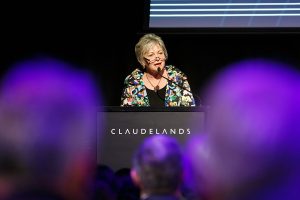 Te Waka celebrated its one-year anniversary at an event on Friday September 27 alongside nearly 200 business and community leaders.

Te Waka chief executive Michael Bassett-Foss says he is pleased with what the organisation has accomplished in such a short time. 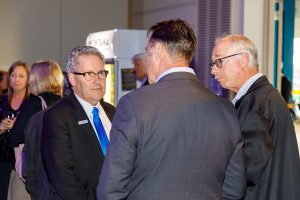 Since Te Waka’s establishment, 11 large organisations have partnered with them to support growth within the region. Some of these businesses were announced at the one-year anniversary event, and include Deloitte, PwC, APL Window Solutions and Loop – a car sharing business launched by Ebbett Group.

“These partnerships are a critical linkage to the business community and allow us to accomplish more delivery on the ground,” says Bassett-Foss.

“By June, the Government’s Provincial Growth Fund confirmed funding of $3.3m for business in the Waikato, with another $90m in funding applications still being considered. 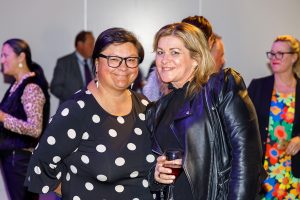 “Deloitte and PwC have partnered on the provincial growth fund pipeline for projects and, with our important relationship with government, are currently progressing eight priority projects to investment ready status. In effect, it’s about leveraging government funding with private sector capability to boost Waikato’s economy through targeted support.”

Bassett-Foss adds Te Waka has worked with organisations, councils and iwi across the region to implement sizeable projects that will provide significant impacts for the region.

“Businesses in other regions, such as Auckland and overseas, are starting to look to the Waikato to expand their operations and upscale,” he says. “Waikato is a prime location for that because we have the land, transport linkages and capacity, and it also means there is employment potential should big businesses move here. This all ties in with our strategic vision of enhancing business in the region.”

Six major business relocation and establishment projects have come to Te Waka in the last six weeks. They are working alongside councils, New Zealand Trade and Enterprise and other organisations to streamline these businesses to become operational.

In the same vein, Bassett-Foss says Te Waka has placed significant focus on enhancing Māori business during this past year.

“We have partnered with iwi and Te Puni Kōkiri to implement the 2018 Māori Economic Action Plan and Agenda, which was refreshed in June. 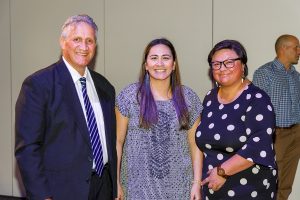 “We’re also working on three extensive opportunities in the authentic cultural tourism space. The purpose is to leverage the river and our cultural heritage, both of which are unique assets to us. And with tourism having the potential to generate $1.4bn in exports for the region, according to Deloitte’s Shaping our slice of heaven report, it makes sense to further invest in this industry.”

He says a major priority for Te Waka is to help fill the region’s work-place shortage, and develop ways to improve the transition of employees into jobs.

“Through this strategy, employers can access the tools and understanding required to support trade apprentices, young and migrant workers, and interns.”

As more is placed on Te Waka’s agenda for the near future, Bassett-Foss is confident they can meet increasing demands, particularly with new people coming on board.

“A few months ago, we welcomed Michelle Hollands to the team, who has taken the role of strategic partnerships and projects manager.

“More recently, Hamish Bell was appointed as a new director on the board. Hamish has a wealth of experience, having held directorship roles with Greenstone Group, East Care and Sutherland Produce. He currently holds directorship roles with Ritchies Transport Holdings and Millennium Corp, so his knowledge of corporate governance and strategic thinking will be a huge asset.

“Board members Chris Joblin and Les Roa have also been reappointed to the Te Waka board after reapplying for their positions in the last board rotation, which took place during August.”

With 2019 coming to a close, Bassett-Foss says they will continue to build momentum heading into next year.