Business incubator Soda Inc is rolling out ambitious new programmes to assist more startups as it marks its 10th anniversary in Hamilton.

The Wintec-owned not-for-profit is underway with a new entry-level programme, while also embarking on a new service for more established SMEs.

Not only that, it also manages the Wintec House coworking space for which it recently won the 2019 Coworker Members’ Choice Award for Hamilton.

All this with a staff of just five under the direction of chief executive Erin Wansbrough, who joined two years ago and is loving the role.

“My own personal trait or value is I absolutely believe in the potential of an individual. So I really do back an underdog and you often see people coming in here who don’t believe they can succeed.

“You can help them realise that they’re as good as any other person. For me, it’s about seeing people realise their potential – just to go for it and not to feel inferior.”

That sees Soda place great stock on pairing participants with the right mentors.

Wansbrough has seen the powerful impact “rockstar” mentors can have.

“Malcolm Rands, who set up the Ecostore, recently worked with one of our founders, Natasha. She was kind of intimidated, overwhelmed by this person who was so proven, and her idol, working with her little business and all she could see was the flaws.

“But over the 12 week period, she went from being overwhelmed, nervous, lacking confidence, to absolutely owning the room, believing in her product, being assertive in her decision making and being confident because she knows it’s had Malcolm’s examination and he still believes there’s merit in it.”

They organise a dragon’s den each month and assist about 20 entrepreneurs a year in their “deep dive” programmes – a number that is set to increase.

Wansbrough says they have assisted more than 650 startup businesses in their 10 years.

The newest addition to the stable of offerings, underway with its first intake, is Co.Starters, a nine-week course which sees 10-15 startup businesses at a time work with two facilitator coaches to learn the fundamentals of business and develop their ideas.

Also on offer are Lift and Boost. The former is a customised, remote programme to help startups get off the ground or take the next step. In future, it will be able to take on far more than the current 20 a year, Wansbrough says.

Boost works with entrepreneurs at a more advanced stage. Its focus is set to be tightened solely to businesses that want to raise capital.

Apart from Co.Starters and the well-known annual NZ Startup Bootcamp, distance technology means participants in Soda programmes don’t need to be in Waikato – and in fact are based all around the country.

Soda gets funding from Callaghan Innovation and has been taking a five percent equity share in those who join its programme, with successful exits from three of them, but has also started offering a fees-based service. As a not-for-profit, it is exploring options to grow the pie through philanthropic funding. 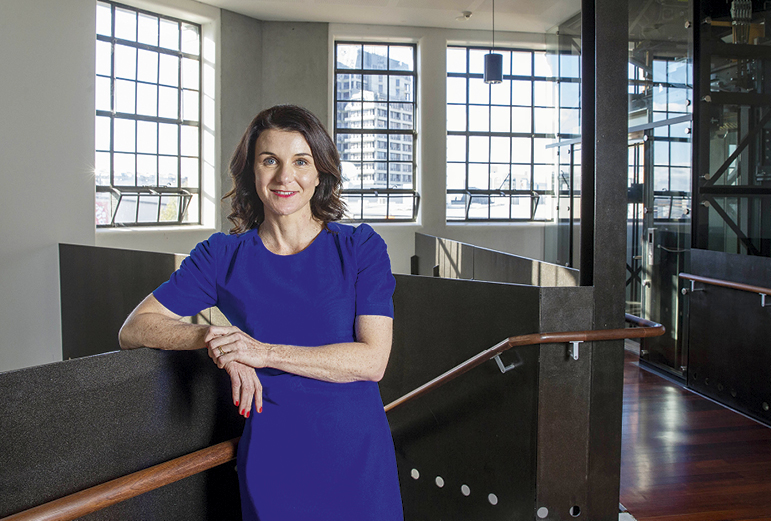 It has found that the challenges only get harder for businesses who have moved on from its programmes, as they face issues like raising capital for a factory or developing a strategic advisory group, or working with a board.

That sees it designing a workshop-based programme for small to medium enterprises, set to launch in early 2020.

All this growth comes with a customised and strongly experiential approach for participants supported by a curated network.

Apart from being linked to high-powered mentors, participants also have access to pro bono advice from Deloitte, MinterElisonRuddWatts and Norris Ward McKinnon, while Soda staff act as project managers.

Soda is also backed by two key businesses in Waikato, Gallagher and ASB Bank. Both have given not only financial support, but pro bono advice for the many startups that have come through either their programmes, or the NZ Startup Bootcamp.

When it comes to assessing aspiring founders, Soda looks for, among other things, business ideas that could potentially be of scale, and an open mind.

“One of the big pieces of advice we give entrepreneurs is: ‘As soon as you are sure your business model is perfect, go and find the people who tell you what’s broken and then listen to them,” Wansbrough says. “You really need to listen to the feedback – as soon as you start ignoring it, you’re on a slippery slope.’”

Soda Inc has been doing some of its own listening, including an extensive review and interviewing process in a refresh late last year. Wansbrough says they wanted to get clear on where their future might be and what made them different.

She must be heartened by the result, given Soda’s focus on its independence which she says makes it unique in New Zealand.

“Some of the feedback that we’ve had from the market is we are seen as being truly independent, non-predatory, pragmatic, firm but fair,” she says.

“In order to be able to help a business go through that transformation you have to form a trust, and that means they need to know we have no hidden agenda and no bias.

“One of the key things we’ve chosen to do as an organisation is remain independent from a particular angel community. We’re very connected to the angel community so we are able to help businesses raise capital but we are choiceful and make sure entrepreneurs are introduced to the right community.”

Wansbrough is a biochemist by training who quickly turned to sales and marketing and somehow manages to run ultra marathons in her spare time.

Her career has included stints in large pharmaceutical companies, commercialisation at universities and with Callaghan Innovation, where she led the business innovation team. She has also worked at startups.

As for the ultra marathons, they’re on hold at the moment because of an injury sustained not when running but, skiing.

Still, she may be the only person in the world who can liken such an activity to entrepreneurship.

“I remember when I first started thinking about running 36 kilometres, and then I did a 60 kilometre run and then 80k and 100k, and then a four day one in a desert.”

What she had thought was possible changed as she pushed herself.

“Again, that’s entrepreneurship. Your ability to believe and your ability to work it out as you go changes once you trust the process.”

‘Our culture and heartbeat’

Soda Inc got its start at the Meteor 10 years ago, in September 2009, under inaugural chief executive Cheryl Reynolds, who Erin Wansbrough describes as visionary and very connected.

Support came from Wintec, which remains its sole shareholder, and Hamilton City Council through its ownership of the Meteor building.

Wansbrough says part of the reason it was established was a perception that talented young people attracted to Waikato University and Wintec weren’t staying in the area after study. Research by Wintec suggested a large part of the reason was a lack of jobs.

“They thought one way to create jobs and a reason to stay was to try and encourage that entrepreneurial journey. That’s where it started.”

The next CE was Claire McGowan, who Wansbrough says found smart ways that enabled the business to do more with less, as well as developing good rigour and process.

Wansbrough is the third permanent CE, and the legacy of working lean has endured. “Businesses come through and say, how do you guys spin all these plates and still seem to have a bit of fun?” she says.

Another legacy that has endured is a far longer one, going back to Waikato entrepreneur Mary Jane Innes in the late 19th Century. Innes picked up the pieces after her husband died and built a flourishing brewing and bottling business including aerated soft drinks at the site that later became the Meteor. More than 100 years later Soda Inc drew inspiration and its name from her and her business.

“That really is our culture and heartbeat because she is someone who not only turned something around with tenacity and that entrepreneurial spirit, and had to get the business out of bankruptcy and hustle to get backing from banks and getting stuff done, but think of it – in the time, she was a female. It was not an environment which was friendly for women owning or doing business, and yet she had the grit and determination when many would have said: “Get back to your 10 children.”