Michael Horton at the opening.

Leading global tech company HCL Technologies has opened a delivery centre in Hamilton, in a major vote of confidence in Waikato.

Indian High Commissioner Muktesh K Pardeshi was at the opening of its new centre on Victoria Street, along with an array of clients and partners including LIC and ANZ. 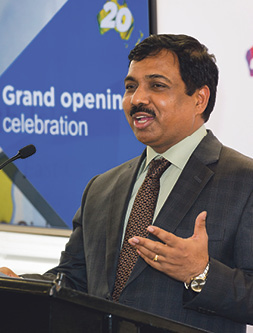 It is the company’s first delivery centre in New Zealand as it notches 20 years in the region, and it opens with 35 staff and the capacity to grow to 60.

The company has been operating in New Zealand since 1999, delivering IT integrated services to leading companies including agribusiness, financial services firms and the public sector.

Michael Horton, executive vice president and country manager for HCL Technologies Australia and New Zealand, said it was a proud day for the company.

“It’s part of our growth journey across the region – this is the third delivery centre office we’ve opened up in Australia-New Zealand in recent times. This is our third office in New Zealand, but it’s the first time we’ve had in place our own actual delivery centre.” 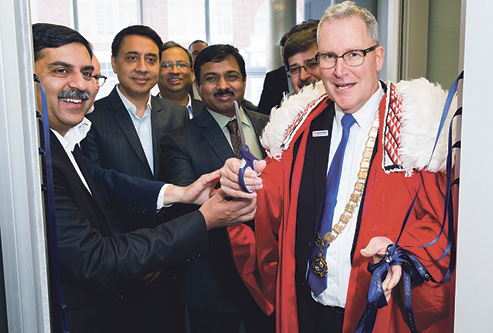 He said the location was chosen for good reasons, with Waikato a fast-growing tech centre, and a solid base of long-term and new customers in the area. The company already had staff living in the area, and there was the capacity to recruit graduates from the university.

“We look to very quickly growing the business,” he said. “It’s taken a lot of work to get to this point and it’s an incredibly proud achievement.”

The Indian High Commissioner described HCL as an iconic Indian company and congratulated it on the expansion. “I’m pleased that today we are gathered to bring the IT face of India to hamilton,” he said.

HCL Technologies, which also has offices in Wellington and Auckland, has a workforce of more than 1600 across Australia and New Zealand. Globally, its revenue is US$8.9 billion and it has 143,00 staff across 44 countries.