A quintessentially Kiwi offering is about to join the smorgasbord of food events in Waikato.

The Meyer Cheese Melt Challenge will see cafes offering up their best version of the toasted cheese sandwich from July 15.

It closely follows and overlaps with the Matariki Dish Challenge, into its fifth year in Waikato, and also follows April’s Feast Waikato. 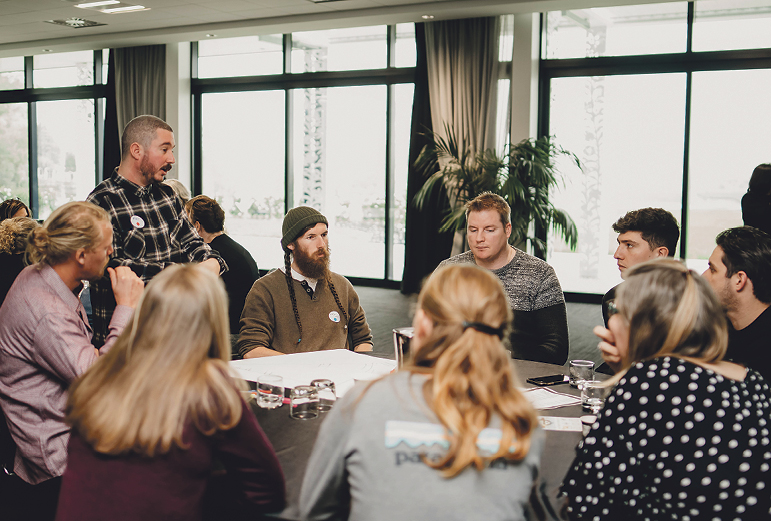 Meanwhile, FermentFest, which started as a beer and cheese showcase, returns in September after a break.

The feast of Waikato food and drink comes about courtesy of Waikato Food Inc.

The forum brought together producers, restaurants and local agencies, along with Wellington on a Plate festival director Sarah Meikle.

They heard from outgoing Waikato Food Inc chair Vicki Ravlich-Horan, who founded the organisation six years ago, that securing reliable funding was vital for its future.

New chair Mat Pedley wants to play his part in helping secure that funding as well as continuing to raise the awareness and profile of Waikato food producers and eateries.

“You’ve got people doing amazing things,” he says. “It’s about creating a platform for all these people. And it’s also about raising the profile and calibre of food and hospitality in Waikato. 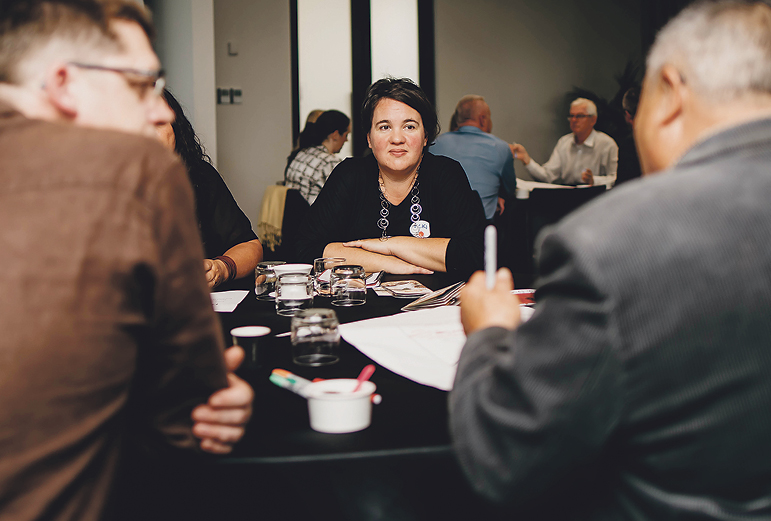 “We as a group, as a committee, want to enlist the help of everyone dedicated to seeing our region thrive. We want to build solid partnerships with like-minded people and organisations.”

Pedley joined the committee of eight last year “because I really do believe in the purpose”.

“There is a Waikato food story. Waikato Food Inc itself has been championing the local food scene for a while. It’s our responsibility to tell that story.”

He says the organisation also needs to structure itself in a way that it can organise more funding, and the focus over the next few months is to secure that funding for the next financial year.

Some significant applications are in the pipeline. “For us the biggest thing is if local bodies could put their name behind us, that would assist so much because that means these larger companies will take us more seriously.”

“There’s a great opportunity,” he said.

“I think the discussion at the forum shows there is a lot of unity and will to work together to better tell that story.

“I think Waikato’s on the back foot in relation to telling its food story, and New Zealand as a whole for that matter. So we’ve got a lot of work to do but there’s much potential. There is a significant amount of good things going on here already.

“From Te Waka’s point of view, we are very keen to work with industry in assisting them to build their plan. I’d like to see the plan and do what we can to support them.”

Pedley knows the industry inside out, having worked in Hamilton, Auckland and Cambridge before opening Mr Pickles in Hamilton last year. He is soon to open another central city eatery, a quick service style restaurant using organic goods.

Opening Mr Pickles in Riverbank Lane gave him and his partners the chance to design their own eatery, with echoes of New York in the connection to the laneway, and with an outdoor area overlooking Waikato River. 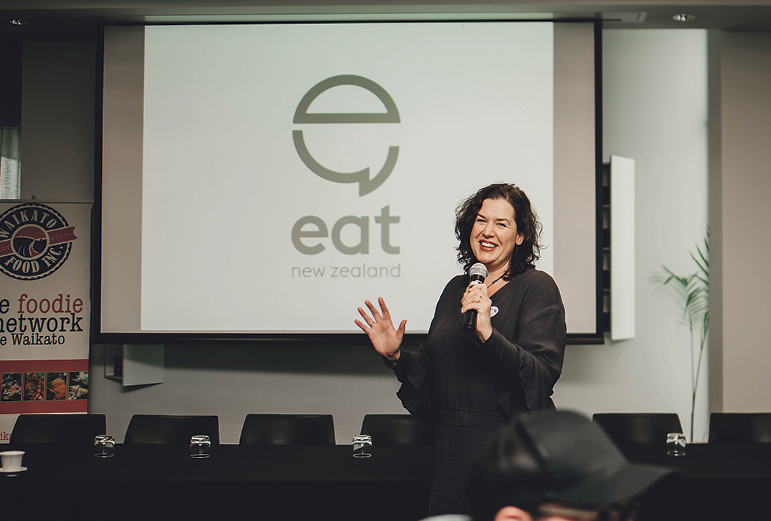 They work as much as possible with local producers, and offer a seasonal menu.

“Our priority is local,” he says. “The thing I enjoy most about hospo is the interaction with people, the people we work with and alongside and our amazing suppliers, and the people coming in every day.”

Hannah O’Brien, who founded Hunt and Gather Bee Co with her husband Rory, says the June food forum was an important networking opportunity.

“All the best restaurants in Hamilton were represented there and for us to get local restaurants to use our product, there’s no better place than that to get them all in one room.”

She says the forum was also an opportunity to take stock.

“It was a chance to look at where we are at, where our producers are at where our restaurants are at, what’s happening over the region, and then looking at how we sit nationally. What are they doing in Wellington, what are they doing in Auckland, where do we sit in terms of the food brand of Waikato – and then looking at what we could do to improve our brand.

“Let’s try and get Waikato on the map was the feeling I got.”

The O’Briens sold their house to start Hunt and Gather three years ago and are now stocking about 30 stores throughout New Zealand as well as doing the Hamilton, Cambridge and Raglan farmers’ markets – while bringing up two young children.

They have added making beeswax food wraps to the business and this year they have been able to go full-time, which makes a huge difference.

“Last spring between us we were working five jobs with two kids under five and it’s just manic. You don’t have time to grow your business and see your stockists. Now we can survive off it, so that gives us time to get the business growing.”

The couple, who have a dairy farming background, turned to beekeeping partly because of their strong environmental principles.

“Beekeeping for us has much less impact on the environment and we were able to start a business. We could start off small and grow it slowly and do it how we wanted. So we’ve made a few choices that our accountant still doesn’t really agree with. We only use wooden hiveware in our hives.

“For us it’s non-negotiable. We founded our business on strong environmental ethics and so we have to roll that through all the parts of our business.”

That sees them also packing their seven tonnes of honey a year only in glass jars, rather than the much cheaper plastic, using the “amazing” BeeNZ in Katikati.

“They’ve helped us out a lot. we’re really lucky to have had people in the industry who have helped us.”

Ultimately they would like to be only stocking retail stores, while they are also eyeing up a tourism venture around beekeeping. “People can come and experience putting on a bee suit and opening up a hive and looking at how honey is produced – getting in touch again with where their food comes from.”

Their hope is that in five years they will be able to employ staff, partly as a way of giving back to the “awesome” community, which Hannah says is tremendously supportive of small businesses.

“We’ll just keep trucking away a bit longer, and becoming involved with things like Waikato Food Inc is really helpful. It can be quite isolating running your own business, just yourself in your shed or wherever you are; it’s great to touch base with other people who are doing the same thing.”