High-profile mixed-use development Te Awa Lakes is forging ahead despite being knocked back as a Special Housing Area (SHA).

The 75ha Perry Group development is set to get underway in the north of Hamilton next year, as the private plan change process is used to rezone land from industrial to residential. 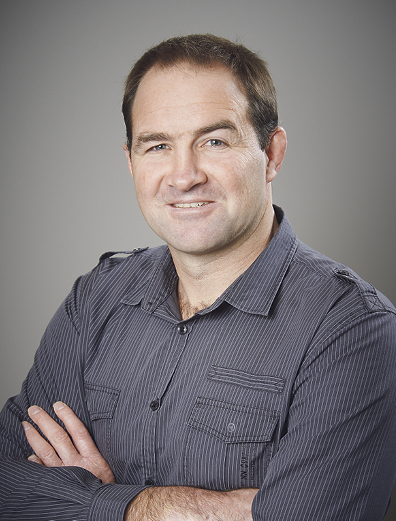 When it does, it is highly likely to contain a number of TDM homes including modular, after Perrys bought a 50 percent share in TDM Group in June. In a first for Perrys, the partnership with the innovative Waikato housing company will build on synergies, chief executive Richard Coventry said.

He is hoping for a Te Awa Lakes commissioners’ hearing in October, with the first houses on the 75ha site likely to be built in 2020.

“TDM has come up with really nice designs with potential and we’re willing to work with TDM and help them achieve some of those growth goals. With the land subdivisions that Perrys do there’s some synergies,” he said.

Perrys can also provide the galvanising for the steel framing via its Perry Metal Protection division. TDM will play a role in future developments through both its conventional TDM Designer Homes and the modular homes it builds in its Cambridge factory.

Hamilton City Council backed the SHA application, and Coventry said Perrys were disappointed when it was declined in April because they met the criteria of the act. “We invested in a process that was supported by local government and then central government pulled the rug.”

They have now resumed their private plan change at the “reasonably well advanced” stage they had reached before pursuing the SHA application, Coventry said. That sees them well down the track to resolve the issues raised in submissions by organisations including councils and commercial operators in the region.

Perrys has already put in infrastructure, piping water and waste water to Maui Street with enough capacity for the full development. It is likely to start adding much-needed housing, including affordable homes, ahead of the Peacocke development getting underway to the south of the city.

A complicating factor is that 60ha of the land is in Hamilton City Council territory, with the remaining 15ha in Waikato District Council.

The Waikato council has notified a district plan review that would see its parcel of land rezoned from country living to residential. Perrys is poised to build a retirement village beside the river along with medium density housing on that part of the subdivision, totalling 500 dwellings.

The Hamilton council area will have 1000 homes, with upmarket properties near the river, and higher-density closer to the highway network. Those homes will overlook the lakes, which will have provision for an adventure park with watersports and outdoor activities. Gyms, cafes, bars and green spaces are also included in what will be a mixed-use master planned development that will act as a highly visible gateway to the city.

Coventry said Hobsonville Point in Auckland provided a comparative model although Te Awa Lakes won’t be as high density. Like Hobsonville, however, it will feature different products and a cross section of residents with the amenity of the lakes and Waikato River.

“We would like to put a connection along the river back to the CBD via a river ferry.”

In addition he said the subdivision will have good access to public transport, contrary to some concerns raised.

“There is a bus route that goes right past the development and there is easy access via the Te Awa river ride which borders the site, and of course the new roading network goes right past it as well.”

Rail would also be close with a station at the Base for the commuter link to Auckland.

Meanwhile, Perrys is onto the last stage of its River Terraces development in Ngāruawāhia, though Coventry said there could be a sixth stage.

“It’s selling quite well,” he said. “Everyone’s aware of how unaffordable houses are in New Zealand at the moment, and what we’ve found is that, particularly in the Waikato district and even Waipā district, the raw land is quite reasonably priced.”

“We know through our own experiences at River Terraces if you can get your pricing down around those levels they will sell.”

TDM Group managing director Trent Montgomery said there had been “overwhelming” demand for their modular product since that side of the business started up last year, and Perrys’ business experience and support would enable them to continue to grow.

“The expansion and growth of the modular side of the business in conjunction with their developments will enable us to provide more affordable housing, which is what we all require.”