Having a website is one thing, but including the add-ons to make it really hum can seem like a step too far for small business owners with their heads down, focusing on the task at hand.

For some, even the language around boosting digital visibility and e-commerce may be daunting, and the chances are the task is given to the youngest staff member. 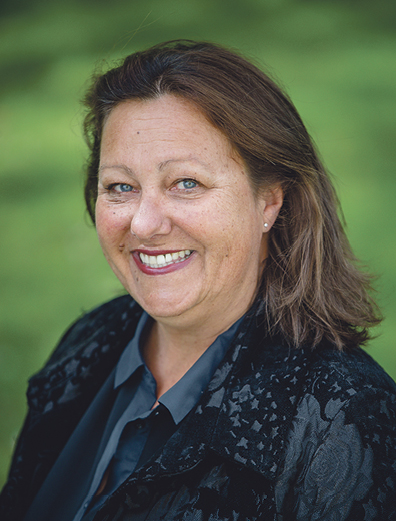 Kelly Bouzaid says the intention is to create a network for people.

“They kind of don’t know what to do, there’s so much out there and there’s so
much information.”

His company has combined with Cambridge Chamber of Commerce, Invest Waipā and CultivateIT to put on a series of workshops to help people find a path through the maze.

It’s the first step following a conversation in which Jeremy’s brother and Rocketspark co-founder Grant wondered what it would take to make Cambridge’s small and medium enterprises the most digitally advanced in New Zealand.

“All small businesses are time poor,” says Jeremy Johnson. “A tool that can save them time, even little increments of time each day, adds up to a lot of saved time overall.”

He has heard objections from small town businesses around adopting e-commerce, including the perceived difficulty involved, or the feeling that they can’t compete with the price of big nationwide stores.

His response is that smaller retailers that open online stores won’t necessarily be the next Torpedo7 but the online presence is likely to boost their in-store business.

He also points out the technology has become much more accessible in the 10 years since Rocketspark started in the town.

“In Cambridge we see a lot of retail businesses that have been around longer than that 10 year period and haven’t adapted to this new technology.

“The ones that have are reaping the benefits of utilising the technology to make their business more efficient.”

Digital visibility is all the more important when shoppers increasingly make decisions online before even venturing into a store.

Johnson cites Dantes Fine Foods, which has all its products catalogued on its online store.

“One story they told me about was a customer who lives in Auckland and every time they were driving down State Highway One they’d pop in at Dantes, usually with a shopping list. They’d found them all on the online store because it was catalogued but they wanted to touch and feel the product in the store.”

Another Cambridge retailer tucked away off the main street calculated that 83 percent of her in-store traffic had researched her website before coming into the store, Johnson says.

Cambridge Chamber of Commerce chief executive Kelly Bouzaid says they will cater mainly for SMEs in the town, and are designed to be manageable, bite-sized pieces.

“We are trying to create a network for people,” she says. “SMEs are so busy in their business without those skilled roles. It’s enabling the tools, it’s connecting the right people.

“It comes back to the original goal of creating the most advanced digital companies in New Zealand.”