Waikato and Hamilton builders Landmark Homes are relishing their new location in Hamilton’s fast-developing north and the rapid growth of the region.

The business specialises in building high-quality, designer homes. Their core market is upper end where they pride themselves on delivering a high calibre finish for a fixed price.

The 2206 square metre section is located on Church Road, with a brand new purpose-built building to cater to the company and clients’ needs. 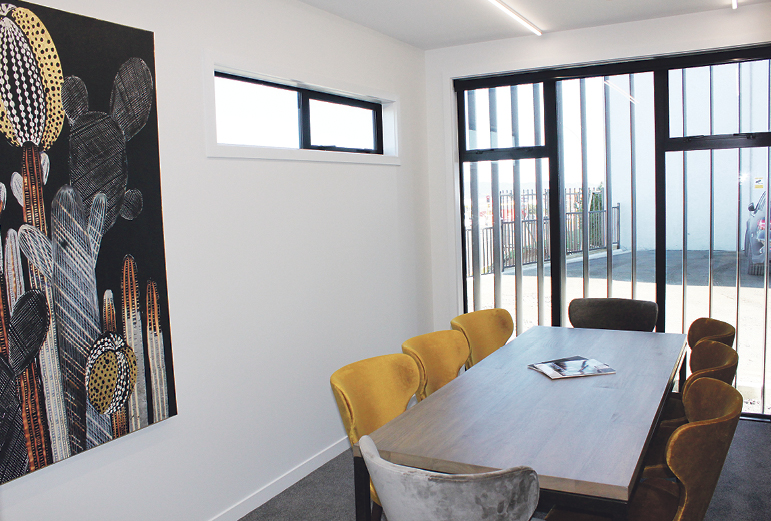 Landmark Homes built and helped design their new building that features an office hub for staff and clients and a warehouse with an abundance of storage.

The building is on an elevated site and is well exposed and visible from the main roads. There is also an opportunity for other businesses to lease within their building with plenty of space.

“It was a great opportunity for us to have a custom-built office to house us and act as a showroom for our clients,” Waikato and Hamilton Landmark Homes director Will Quigley said.

“It’s not just a commercial building, it has our Landmark flair and looks good from the outside, too. It’s a great space for clients to come in and design their dream homes. There’s also plenty of storage for our fencing, scaffolding, trailers and vehicles.”

Landmark Homes Waikato has grown over the last five years, and the previous location on the busy Te Rapa Straight became too small. It was hard to access from the road and clients often had trouble finding parking. Consequently, the new location ticks all the right boxes for their staff of 10. 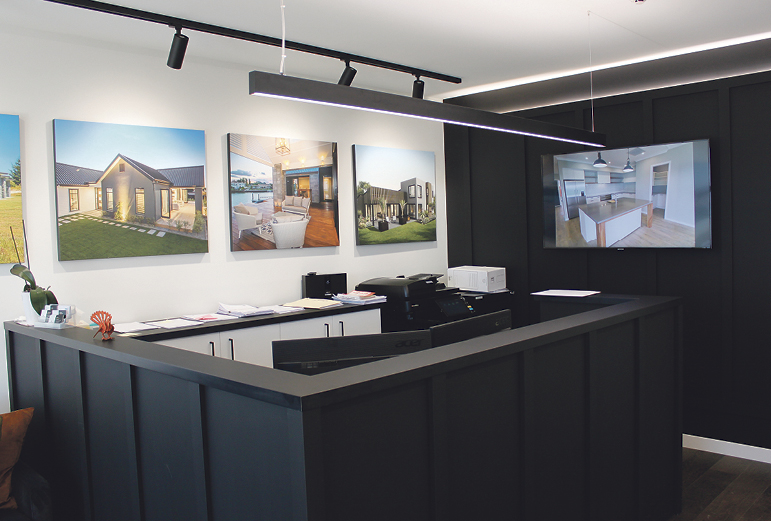 “We wanted to locate to an area where we have high visibility and easily accessible,” Landmark Homes Waikato director Nigel Watson said. “There’s been significant growth out here in Hamilton north with the fast expansion of commercial sites.”

Quigley’s main role within the business is day-to-day management and working with the sales team and quantity surveyors. Watson is very hands-on as project manager, and manages each build from start to finish ensuring clients achieve their dream home.

Before Landmark Homes, Quigley spent a large part of his working life running the family farm in Karaka, South Auckland. He spent several years living in Queenstown and then America, and then returned home to New Zealand and bought the franchise, before teaming up with Watson as his business partner. Before this Watson was hands on with his own construction teams based in Pukekohe.

The pair see the growth that Hamilton and the wider Waikato region has to offer. It’s a strong region with plenty of room for expansion from Cambridge, Hamilton, Te Awamutu, and further to the north to Te Kowhai. Since 2014, they have seen the area develop massively.

“We’ve seen it grow every year to a new level, from businesses starting up in Hamilton to more people moving to the region. It’s all about the location, it is still close to Auckland yet still central to everything from Tauranga to Taupo,” Watson said.

The building company is currently working on a home in St Andrews, Hamilton, overlooking the Waikato River and the golf course. They pride themselves on building homes that make the best use of light, space and aspect, while giving the opportunity to incorporate their client’s ideas and visions. It’s a substantial build, and the result will be a high-quality designer home.

The pair also purchased the Coromandel/Hauraki franchise last year. They have since built a beautiful showhome on the Whitianga waterways, the Landmark Homes Coromandel design, which is a stunning example of the quality and design this team have become renowned for.

While the workload is set to increase with the two franchises, Quigley and Watson said both the team and the business have taken it all in their stride and they look forward to an exciting future. Building will start shortly on their new show home in Waikato.

The team are excited to be in their new location, and this has had a positive impact. They look forward to clients coming in and visiting their new home in Hamilton’s north.