After 48 gruelling hours of innovation, hard work, many light-bulb moments and countless coffees, two teams came out on top of the NZ Startup Bootcamp, each taking home $10,000.

RH Innovation has a revolutionary way to measure soil moisture, salinity and NPK using cost effective sensors and gather information with unprecedented ease. The information is stored in their database and is available to their clients via the cloud. This information will later serve as the backbone of their AI model which will help farmers save money by providing precise information on soil condition. 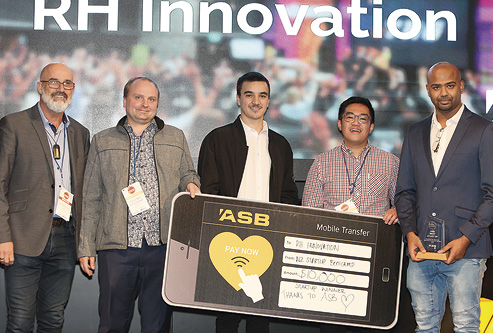 Carpio, Callum Macdonald, Chun Ho Tse (Leo), and Jiabao Zhao (Boa) beat out the other nine teams in their category to win $10,000.

Crisis Management’s product, Chameleon, is a gel-based colour-changing product for refrigerators in order to help reduce the emissions generated from gas leaks.

But it was Dunedin team Pōtiki Poi who stole the show and gained the People’s Choice award. As a fundraiser for an upcoming event mother and daughter duo Anna Tiatia Fa’atoese Latu and Georgia Tiatia Fa’atoese Latu, 12, made poi and sold them on social media. In just two days they made $1000.

During Pōtiki Poi’s pitch Georgia’s poi danced with ease around her wrists as she told her story. The crowd gave the duo a standing ovation after they sang a waiata when they received the People’s Choice Award.

Special mention in the Gallagher Best New Idea category was given to Wolfgang Creative, a culture and development agency wanting to offer customers a systematic review of their unique organisational needs before offering tailored employee engagement advice, initiatives and programmes. 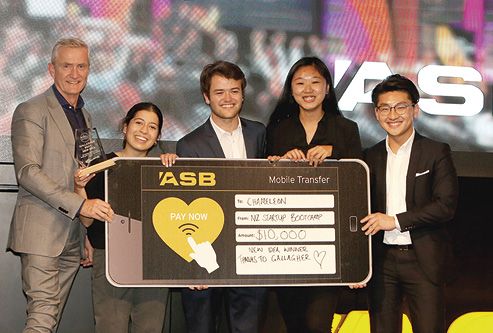 “It’s been a massive journey for the 20 teams involved. They’ve all come so far in such a short amount of time, it’s great to see the progress and the passion,” she said.

Event collaborator Rocketspark also gave out premium website platforms to three teams of their choice – VxT, Wolfgang Creative and VoxPop. The latter, made up of team members Peter Fowler, Michelle Macaskill and Alan Smith, is a radio studio in your pocket. It is a unique voice-driven social media platform for radio shows to interact with their audience.

Dame Julie explained the judges’ thought process when it came to choosing the winners and gave some sage advice at the end of the night.

“Our choices came down to defining a real need, and authenticity played a major role in our decisions.

“We felt it would have been good for some of the teams to pitch to their families and had them ask what they were actually talking about, perhaps not the scientist next door – something to keep in mind for future teams.

“We’d like to say well done to everyone, it was a tough decision.”