A Waikato-based business is setting the pace throughout China in helping that country modernise and expand its dairy sector as the nation’s demand for quality milk products continues to surge.

Waikato Milking Systems (WMS) has gained a strong foothold in the Chinese dairy farm market over the past decade and can claim about 30 percent of that country’s dairy rotary platform market share.

While well known here in New Zealand for its large scale rotary platforms typically capable of handling 60-80 cows, the company has been on a steady path quietly building its presence in China.

What may also be less known to New Zealand farmers is the growing scale of China’s dairy operations.

The WMS platforms are often built paired alongside each other, milking 4000-6000 cows three times a day, year round. More than 100 operations of this scale are operating all over China,  often including multiple platforms on the farm footprint. 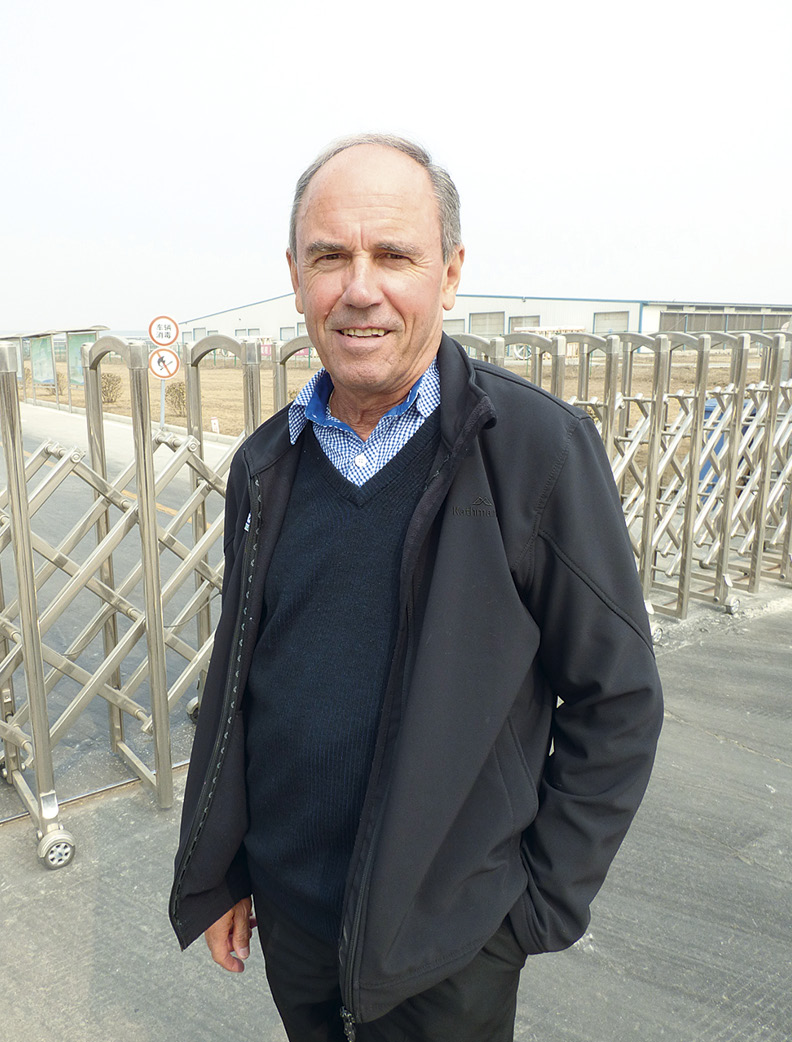 WMS China country manager David Morris has been deeply embedded in China’s dairy growth story for well over a decade.

He established a beachhead in the dairy shed market there through his Matamata-based company Rotary Platforms more than a decade ago. He then sold this business to WMS.

He says in today’s environment of large-scale, processor-owned farm operations it is difficult for a small-scale operator to remain in business.

Government moves after the San Lu melamine scandal have been to compress the steps in the processing chain from cow to consumer, and strong incentives exist to scale up dairy operations.

This company’s direction represents China’s intention to take the best of componentry from around the world and apply it in China to meet the national goal of feeding more of the population from within the country’s borders. Many of the large-scale operations are owned by China’s “big three” milk processors, Yili, Mengniu and Bright.

Kingpeng Global’s food production focus is on poultry, pork, dairy and greenhouse operations, with components supplied from Europe and the United States.

For WMS the expansion has involved recruiting and training Chinese staff on dairy shed installations that are distributed from the far north regions of Inner Mongolia, across Central China to the Tibetan mountains in the southwest. There the world’s highest large-scale dairy farm operates at 5000m milking 3000 cows.

The WMS platform design has been beefed up to deal with the larger herds, bigger cows and more frequent milking cycles, and supported by a strong service team across China.

The company aimed to roll out another five units over the next five years, to ultimately milk 50,000 cows.

Morris has played a key part in getting New Zealand technology embedded in many projects, recounting times he has personally had to help mix concrete to get platforms finished on time, and endured some trying weather conditions in the country’s extremes.

Efforts by the Chinese government to move more people out of poverty has resulted in a middle class approaching 500 million people, with a further 10 million urban jobs being created every year.

Average urban consumption of milk products has grown to almost 20kg a head, and even despite a stalled birth rate the infant formula sector is estimated to grow to US$32 billion over the next two years while fresh milk and yoghurt products gain in popularity.

Improvements in urban distribution networks mean it is now possible for online delivery of fresh milk direct to the homes of the growing urban population. Many products include QR codes that once scanned enable the consumer to purchase bulk fresh milk direct for delivery.

“Networked courier systems are often aiming to deliver to apartments  within an hour,” says Morris.