There may yet be devil in the detail, but Education Minister Chris Hipkins’ vision for the vocational training sector has the thumbs-up from Wintec’s acting chief executive.

“If it’s done well it could be great,” David Christiansen said of the plan to establish a national vocational training organisation, the New Zealand Institute of Skills & Technology.

Hipkins in February announced the radical plan that will bring together industry training organisations (ITOs) and institutes of technology and polytechnics (ITPs).

Making the announcement, Hipkins said “too many” polytechnics and institutes of technology were going broke at a time when the strong labour market was encouraging young people to move directly into the workforce rather than continue in formal education.

“And our system isn’t geared up for the future economy, where retraining and upskilling will be a regular feature of everyone’s working life.”

The timeframe is tight: submissions are due by March 27 ahead of legislative change and the possibility of the new organisation operating by the start of next year.

Wintec will be making a submission, and has been talking to Waikato businesses to encourage participation in the process.

Some ITOs, faced with losing their workplace-based training function to the new organisation, greeted the announcement with dismay, and Southern Institute of Technology chief executive Penny Simmonds described the change as a “high risk” solution to a problem which, at core, was around underfunding of the polytech sector.

But Christiansen sees value in having a national overview role given the “massive” amount of retraining likely to be needed over the coming years in the face of workplace disruption and automation. 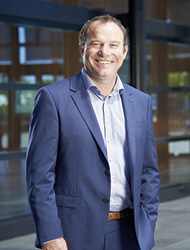 David Christiansen sees value in having a national overview role.

He says the focus should be around what will work for employers, industry and learners, and he is looking for “seamlessness” of learners moving in and out of what are currently two different systems.

“I think that’s one of the biggest gains, a new funding model that actually can cope with variations of whether a learner’s in work, studying part time, distance, online, face to face, and moving from one to the other over time. A funding model that can do that and give a better stability to the sector – that’s one of the single biggest things we could actually gain from it.”

Smart Waikato chief executive Mary Jensen also welcomed the overhaul, saying if it is handled well it will result in better streamlining of courses and training, as well as making it easier for students to navigate the skills and technology education sector. A charitable trust, Smart Waikato’s purpose is to empower youth through real education to employment pathways.

“The current interrupted funding model of trade training between ITOs and polytechnics, and limitations of the apprenticeship system, has been hindering skill training in institutions,” Jensen said. “This has not served the employer or aspiring young tradespeople well. This is a good chance to shake things up and do better,”

Christiansen said while the switch to a national organisation had been part of discussions held in a consultative process, the far-reaching nature of the announcement still came as something of a surprise.

“Some of this had been talked about but this hadn’t been the model that was originally chosen,” he said.”The ITO component of it was
unexpected.”

“The bit that’s least visible to me at the moment and one of the really crucial ones is the ITO role that comes into the new entity,” he said.

He is keen that the change is seen not as the ITOs being folded into a bigger organisation, but as the two systems coming together.

“For me it’s really important that the vision is on what can be achieved by merging these two functions together in a new entity, not winners and losers, making sure we protect the really important work that both do. We’ve got to have more apprentices and more in-work training. We  need more of all of it.

“You don’t want to have good people leaving either sector because of the turmoil. Actually what we need is to keep all the capability we can.”

While one of the issues has been separate funding systems for ITOs and ITPs, Christiansen also sees problems with the way polytechs and institutes of technology themselves have been funded.

“Our sector funding model is broken in that it is too sensitive to volume – a $100 million a year organisation and we can lose our entire bottom line if 150 students don’t show up. That’s crazy, you can’t run a  place like that.”

That sensitivity can see ITPs retrench and lose capability in the short term and then strive to regain it when student numbers rebound, sometimes within a year.

Christiansen hopes for a decent component of base funding so the sector is less susceptible to volume.

“I mean changes in some of the funding requirements so that people don’t have to be engaged in whole qualifications, small bits of learning can be funded and that mix of on-job and off-job and in-work can all be funded appropriately. And let’s just have a model that means we’re not having to look over our shoulder at every 100 students, we actually get on maintaining capability and building quality.”

He says he also hopes for efficiencies over time in back-office costs, and see benefits for smaller regional providers who are potentially freed up from having to run as entirely stand-alone operations that the current funding model barely supports at their scale.

Christiansen recognises, however, the “obvious tension” between having a national body and retaining regional responsiveness that recognises the needs of employers.

“Standardisation across the country is great for standardising quality assurance but it’s not necessarily the way to build innovation and dynamism. You don’t have to be 100 percent autonomous as organisations to do that, but where’s the balance point between being autonomous and being heavily nationalised that allows that regional responsiveness? So what are the Regional Leadership [Groups] going to be? How do they build in that voice for employers and industry?

While every region will cover the basics, there may also be some scope for specialisation under the model.

“Clearly there’s an idea that when you have a national body overlooking the sector and then regions, you can start to say well someone might start to do more of something than others, especially at the higher levels. You know, you could see that happening with wine or agriculture or a whole range of industries. And again that makes a bit of sense. We’re a small country: do we need 16 completely standalone ITPs?”

Christiansen also sees benefit in the new system for employers such as Fonterra who operate across the country and who, until now, may have had to talk to up to 16 ITPs.

For smaller employers, he believes the new system may be able to offer more flex so that people can upskill once they’ve finished an apprenticeship, or take a variety of short, tailored pre-trade courses and get full recognition for that into their apprenticeship. “Hopefully it means there’s a real positive spinoff for them in the longer term.”

In the short term, Christiansen says while the national organisation will start  “nominally or notionally” early next year the pace of change on the ground will be slower, with little likely to change over the next couple of years in terms of teaching staff and student programmes.

For Wintec itself, the changes are likely to mean an expanded role because of the extra function performed until now by ITOs and Christiansen expects it to expand further again with micro-credential training, working with employers and upskilling work staff and retraining. That is likely to be magnified as the pace of change in the workplace accelerates and employers require an ever-shifting set of skills.

Whether Wintec retains its name and brand is an open question at this stage. “Why add even more change to this would be my view,” Christiansen said. But he also says ITPs have been trying to “lift the brand” of what they do for years, and it will be easier having a national body doing it.

When it comes to international students, who have become an important component of the tertiary sector, Christiansen says Hipkins has pledged that nothing anybody is doing assumes a downturn in international. “You just have to go in our Hub here during lunchtime, to just see how amazingly diverse it is and the buzz that brings, to see some of the benefits. And of course we’ve still got shortages in a lot of skill areas for those international students that stay. And nationally it’s still a massive export industry.”

Is Christiansen optimistic about the rollout?

“The starting point surely should be, let’s not break anything that’s working, let’s build on the good foundations we’ve got in each sector and work on it from there.

“The vision I think is good. In three, four or five years’ time it should be moving towards, I think, something that could really start to be quite transformative in terms of how we can get vocational and applied training and education done.”

What do the changes mean for you?

The Tertiary Education Commission will be consulting at Wintec, on the city campus, on Tuesday, 12 March.  A working party from the TEC will be presenting on the Reform of Vocational Education.  Waikato employers, industry representatives and business people are welcome to attend a special session from 1.30pm to 2.45pm, followed by a question and answer session from 3-4pm.

Held in Events Room 1, at the Gallagher Events Centre, in the hub on the city campus, it is the perfect opportunity for any employers to hear more about the proposal, find out about the submission process and understand what changes are proposed.

The reform is one of the most significant changes in tertiary education in recent times. It is important that employers, industry, business and community leaders get engaged in the process to understand how their needs for a skilled future-focused workforce can be enabled and enhanced.

No booking is required. Campus parking is limited so visitors to the campus are encouraged to use the car parking buildings or car parks close to the city centre.