A Waikato medicinal cannabis company has been granted further licences allowing it to import cultivars for research.

The Health Ministry granted new licences to Cannasouth to import and cultivate a wide range of cannabis cultivars.

The licences are in addition to Cannasouth’s other ministry-approved licence to possess controlled drugs, which allows the company to extract, process, and manufacture cannabis products for scientific research.

One of the new licences allows Cannasouth to import an approved pharmaceutical ingredient (API, dried cannabis flower) from the Netherlands.

The company announced in October last year its intention to list its shares on the NZX Main Board through an initial public offering (IPO) in the second quarter of 2019, the first medicinal cannabis company in New Zealand to do so. 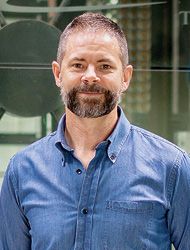 CEO Mark Lucas says having all three licences is a significant step forward for Cannasouth’s medicinal cannabis research and will enable the company to speed up its research programmes ahead of proposed legislation changes that will allow the manufacture and sale of medicinal cannabis in New Zealand.

“By importing a wide variety of cultivars, along with the dried flower from the Netherlands, we can further investigate the potential of both high CBD and THC varieties,”
says Lucas.

He says CBD and THC are the most well-known compounds in medicinal cannabis, with both shown to relieve suffering from a wide range of medical conditions.

“What is less known is how both compounds can work together in different compositions to alleviate suffering and how other rarer compounds present in medicinal cannabis can also be used in treating medical conditions.

“We’re now in a position where we can use the imported dried flower to get going with our research programmes while we wait for our own flower production to come through from our research cultivation facility.”

“We’re very excited to have Brett and Zach join our advisory board, both of whom have a wealth of experience and kudos in their fields of expertise, and we’re looking forward to working alongside them as we progress our research.”